Lionel Messi lauded a ‘spectacular’ display from Barcelona as the club beat Manchester United to seal a place in the Champions League semi-finals.

The captain struck twice in the first half before Philippe Coutinho’s effort sealed the 4-0 aggregate win.

However, Messi warned that the Catalan giants would need to start better against semi-final opponents Porto or Liverpool as a slow opening threatened to gift the hosts a way back into the match.

Messi told Spanish TV: ‘We were spectacular. We were a bit cold and nervous at the start but after that we took control and played some spectacular football.

‘The second goal was a bit lucky but we are beyond the quarter-finals and it’s another little step towards our goal. We know we can’t start Champions League games like that. Just 10 bad minutes and you can pay.

‘The semi-final will be tough whether it’s Porto or Liverpool. Ajax’s win (at Juventus) says it all about how tough this competition is.’ 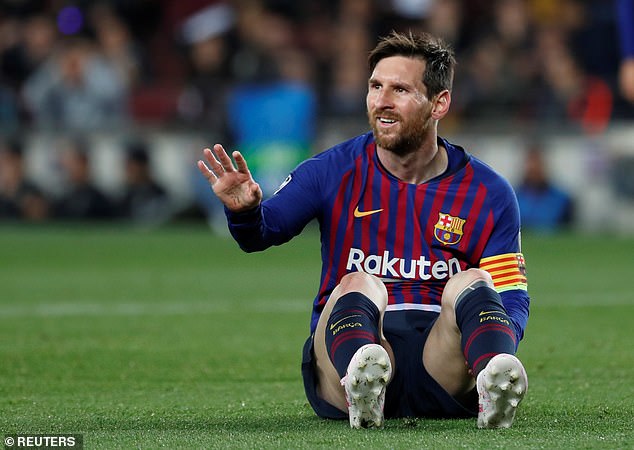 Messi was impressive all night, creating several chances for his side and producing moments of breathtaking skill throughout.

‘This is who we are,’ Messi added. ‘I was fortunate the first went in, I struck it hard and just inside the post.

‘I needed a little more luck on the second. The important thing is that we achieved our goal. We have taken one more step (to the title).’