This is how you celebrate! Messi leads Argentina’s wild dressing room party as he dances with the World Cup trophy and a $10m cheque – while one member of staff dives head-first into a BIN

Lionel Messi led Argentina’s World Cup celebrations with the Player of the Tournament seen dancing on top of a table in the changing rooms – in footage recorded by Sergio Aguero.

The 35-year-old led his side to World Cup glory after an incredible final where Argentina defeated France on penalties.

The World Cup was the one trophy deserting Messi’s collection and it appears the PSG forward could not be happier to add it to his haul. 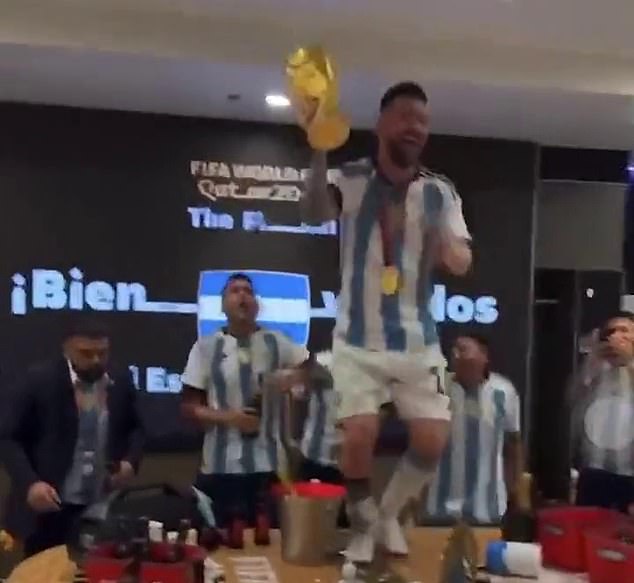 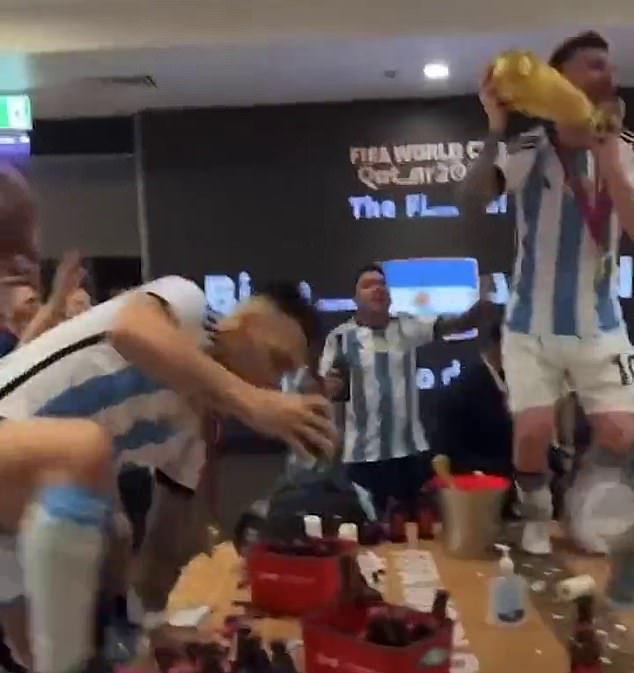 After getting on the table, Messi was joined by his teammate Lautaro Martinez who jumped up to dance with the World Cup trophy.

The rest of the changing room gathered round their captain and continued to chant away with the World Cup trophy at the centre of everyone’s attention.

The former Barcelona star then partied with the $10m cheque Argentina were given after winning the final.

The chanting went quiet whilst Messi was being presented with the cheque but when it was handed over to Argentina’s No. 10 normal service resumed and the champions chants started back up again.

After Messi finished dancing on tables and with cheques, the celebrations became slightly more unorthodox. 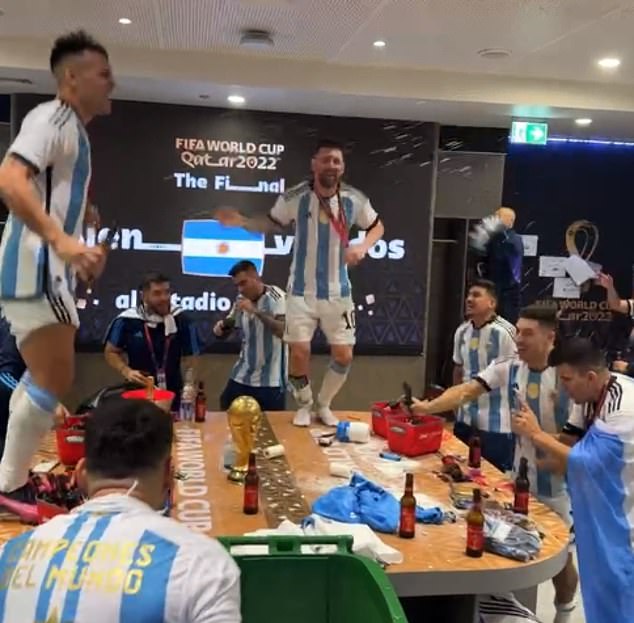 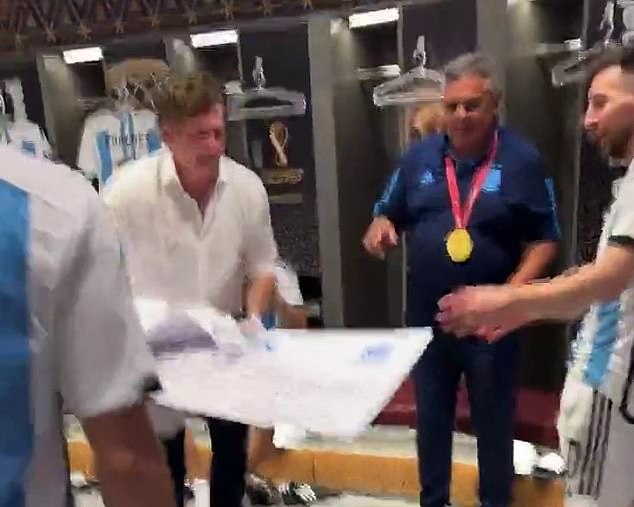 Amidst the partying after the game, Messi was presented with a cheque in front of his team 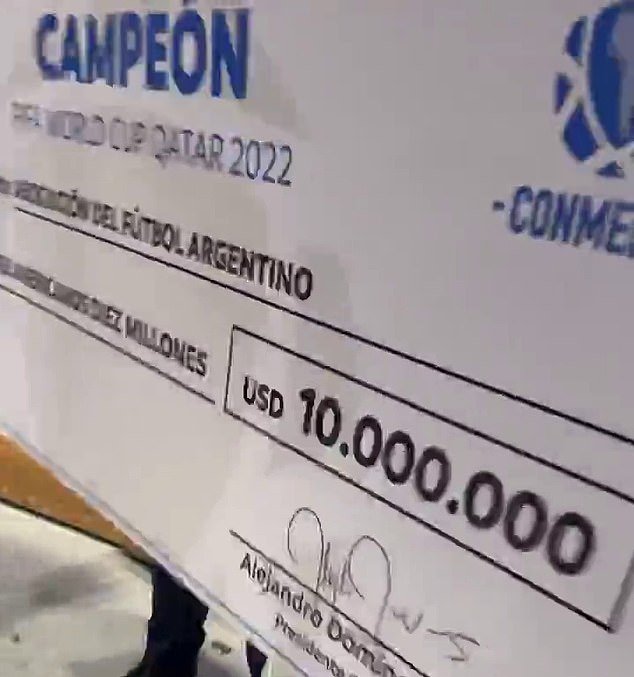 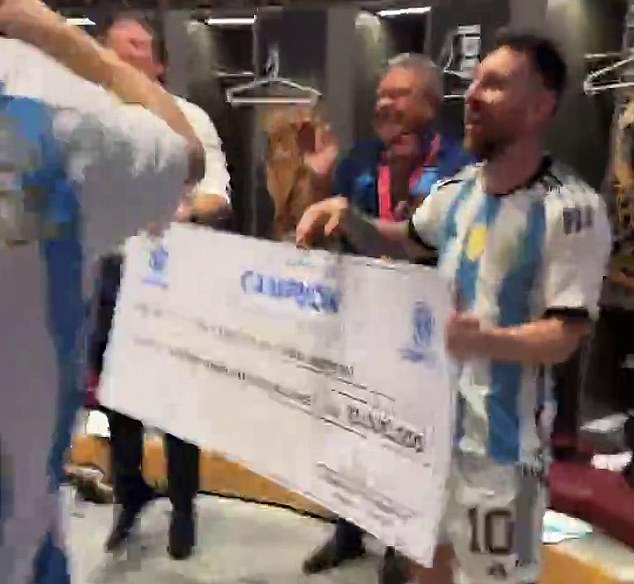 It was a brilliant World Cup final and one of the Argentina staff members decided there was no better way to celebrate than somersaulting into a bin.

Buoyed on by their colleagues as if they were doing the long jump at the Olympics, this member of staff launched himself into the bin headfirst.

They got a fair bit of height on the jump and dived straight into the bin with perfect form.

After getting out of the bin the now-gymnast was greeted to plenty of cheers and plenty of alcohol as they made their way up from the floor. 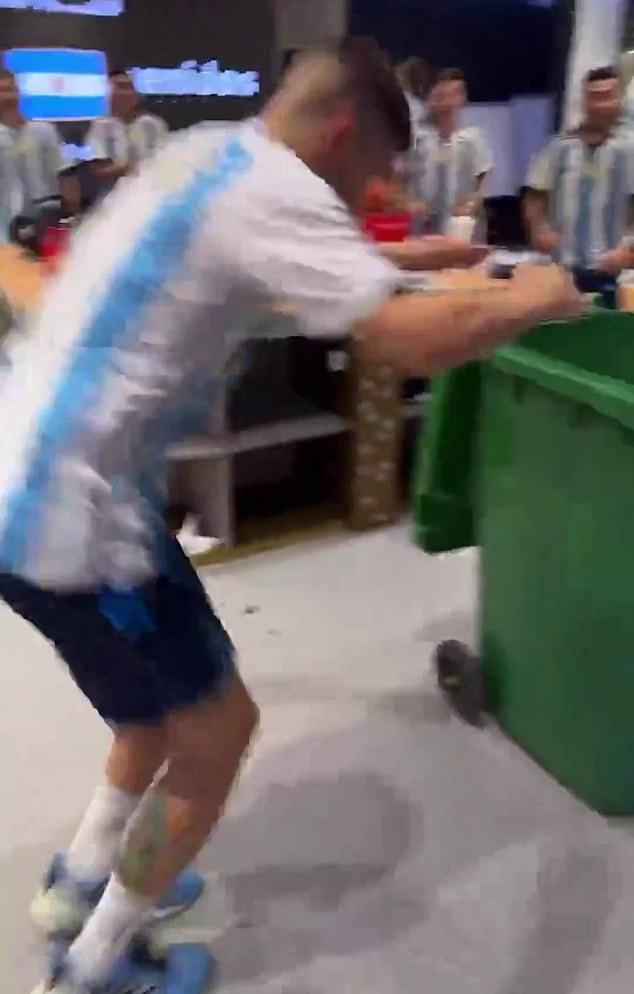 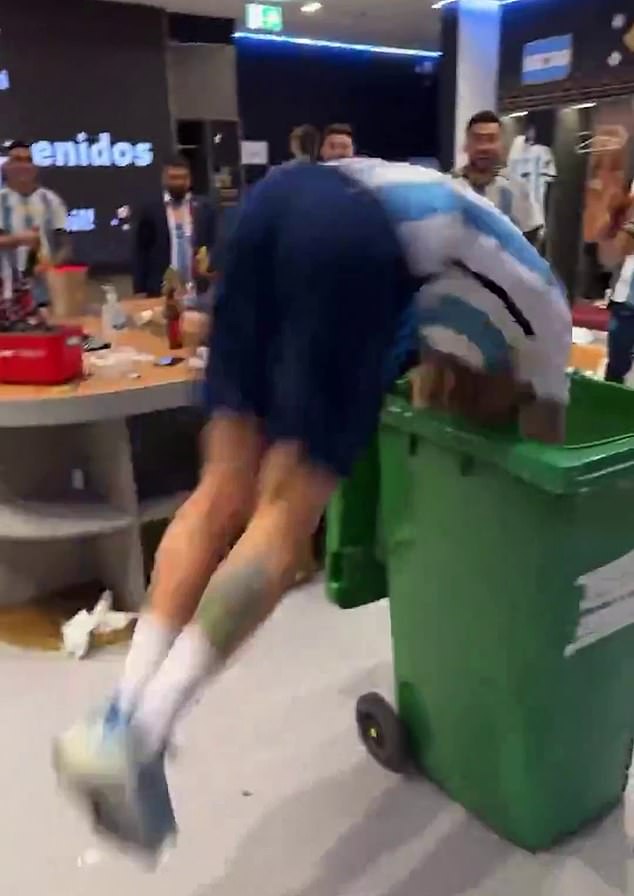 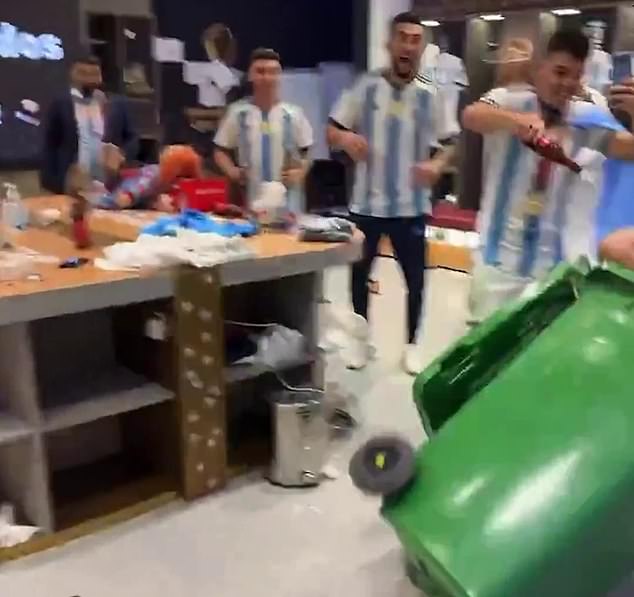 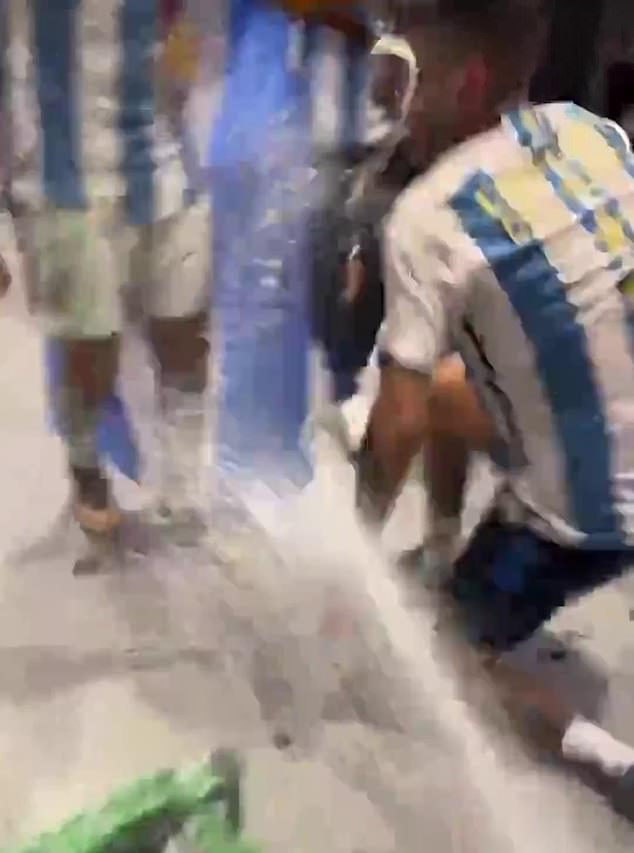 Whilst the celebrations were going on, Aguero also took the time to mock France youngster Eduardo Camavinga.

Whilst celebrating in an Argentina kit, despite being retired from football, Aguero decided to dedicate a drink to the Real Madrid man – also calling him a d***face.

The celebrations will continue long into the night for Argentina players and fans as they are finally able to celebrate their third World Cup trophy. 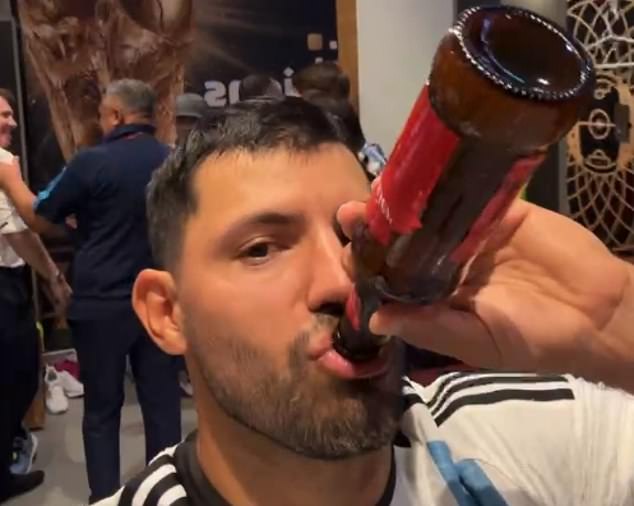 After the game Messi said he won’t be retiring from international football. Messi told his native sports broadcaster TyC Sports: ‘I’m not retiring from the national team. I want to continue playing as champion.’

The Argentina manager is also hoping Messi can continue to play for his national side for years to come.

Lionel Scaloni said: ‘We need to save him for the next World Cup – 2026. If he wants to keep playing, he will be with us. He is more than entitled to decide what he wants to do with his career now.’

Scaloni also touched on Diego Maradona’s absence from the celebrations, adding: ‘We are such a football passionate country and if he were here, he would have enjoyed it so much. I wish he was here to enjoy this moment,’ 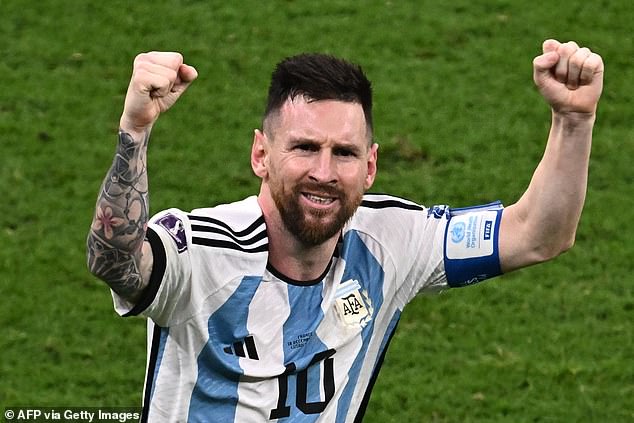