‘I can smell champions’: Ronaldinho insists PSG CAN win the Champions League after they signed Lionel Messi while Piers Morgan says they’ll get their money back in MONTHS in shirt sales as the world lauds their ‘crazy’ attack after Barca legend’s move

Ronaldinho has backed Paris Saint-Germain to finally clinch the Champions League while Piers Morgan believes the French giants will recoup the huge salary paid to Lionel Messi following the superstar’s arrival at the Ligue 1 club.

Messi, 34, was officially announced as a PSG player on Tuesday after joining for free from Barcelona, with the Argentine bidding an emotional farewell to the Spanish club after a 21-year stay.

The 34-year-old landed at Le Bourget airport on Tuesday afternoon and was greeted by hordes of PSG fans who had been camped out since early morning to welcome the player they, and the rest of Europe, had believed would see out his career at Barcelona. 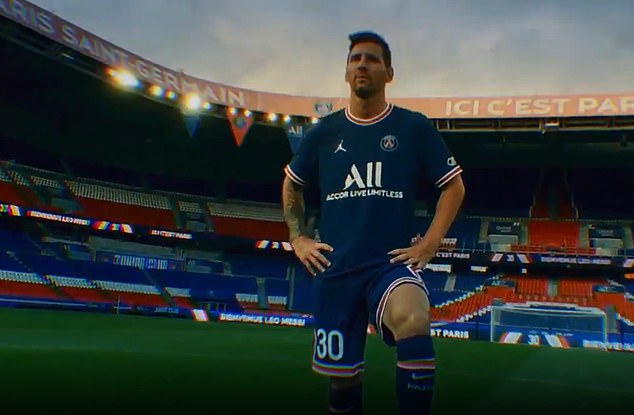 Waving to his new supporters and wearing a Paris T-shirt, the Argentine looked ecstatic just two days after the tears over his Barcelona farewell.

His capture completes an incredible summer for PSG in which they have signed Messi, Sergio Ramos, Gianluigi Donnarumma and Georginio Wijnaldum on free transfers.

And Messi’s former Barca team-mate Ronaldinho – who also played for PSG – has backed the French side to lift the Champions League, a prize they have long sought.

‘It’s a great joy to have played in these two clubs and now see my friend wearing this shirt, may there be many moments of joy Leo!!!’ he wrote on Twitter.

‘I’m also very happy with my partner @SergioRamos on the team and a super cast, I’m smelling Champions huh hahaha’. 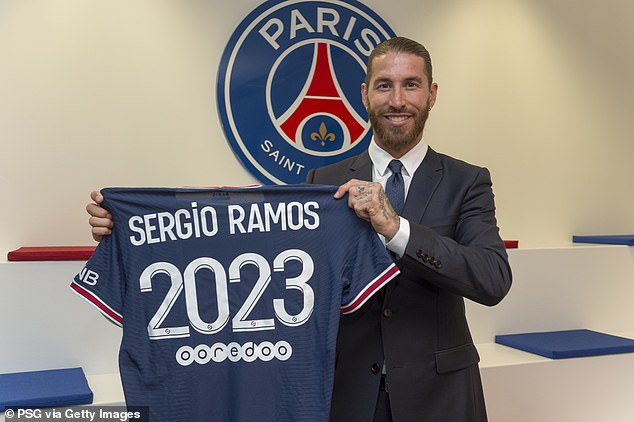 Messi joins a host of high-profile names to arrive in Paris this summer, including Sergio Ramos 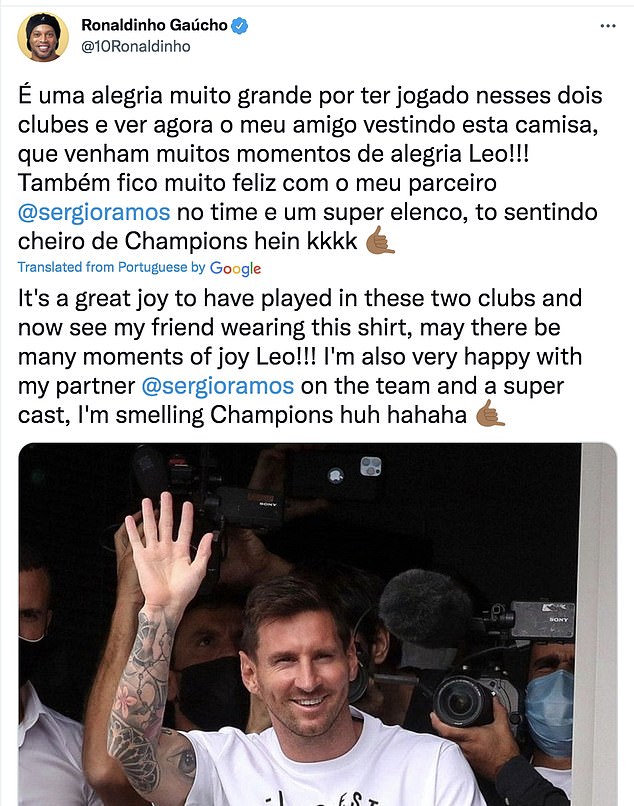 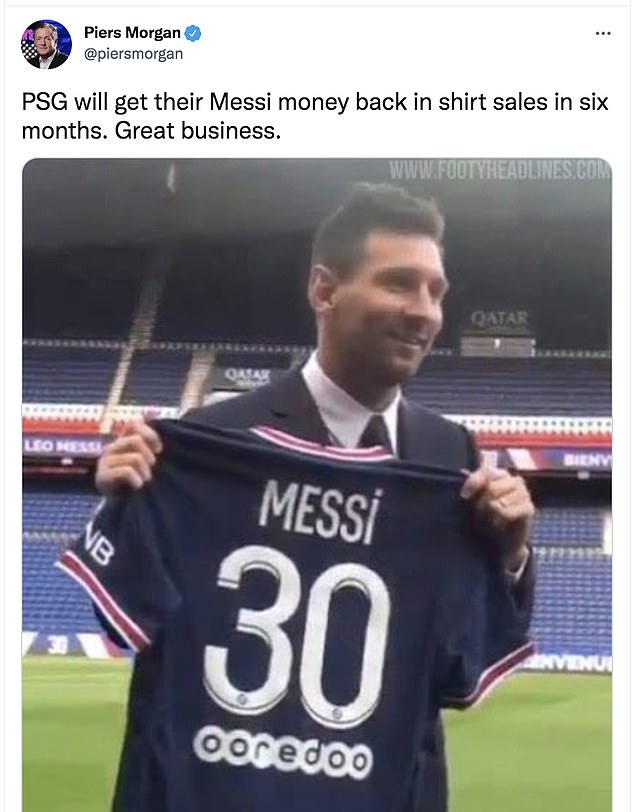 Messi was pictured holding a No 30 shirt upon his unveiling at the Parc des Princes, and PSG have already sold out of their home shirts with the name and number on the back.

‘PSG will get their Messi money back in shirt sales in six months. Great business,’ he tweeted.

Meanwhile, fans have had their say on PSG’s all-star attacking trio of Messi, Neymar and Kylian Mbappe expected to wreak havoc on all manner of defences this season. 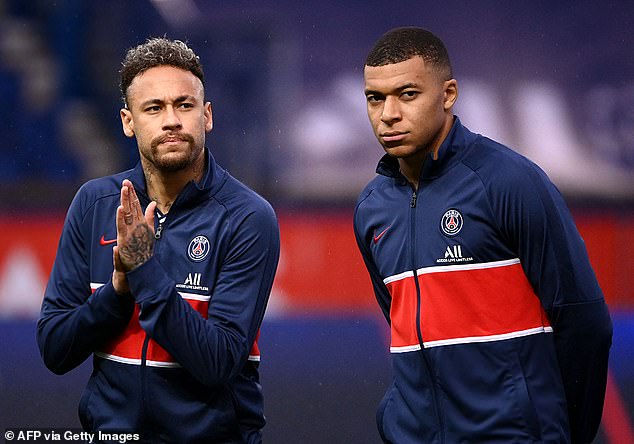 Messi and Neymar will reunite after their time together in Barcelona. The duo worked superbly in tandem with Luis Suarez to win the Champions League in 2015 and will hope to do the same again with Mbappe in tow.

‘This could be the last year we see the greatest footballer ever play at the peak of his powers, and now he’s alongside Mbappe & Neymar instead of Braithwaite & Dembele,’ one fan said. ‘Watch every match you can, drink every second in. You’ll not see another Lionel Messi in this lifetime.’

‘Wow… Messi, Neymar and Mbappe… what a front three,’ another fan posted. ‘That is normally a FIFA/Football Manager line up’.

Another fan joked about goalkeepers being on edge when facing PSG’s front three. ‘Goalkeepers when they realise PSG will line up with Neymar, Mbappe and Messi,’ they posted with a GIF of a Man United fan nervously drinking a beer.

Messi’s move to PSG ends one of the greatest eras enjoyed by a footballer, with the Argentine almost singlehandedly leading Barcelona to its glories of recent years.

The 34-year-old is now ‘excited’ to get started with PSG as Mauricio Pochettino’s star studded team set about conquering Europe this season.

Messi said on Tuesday night: ‘I am excited to begin a new chapter of my career at Paris Saint-Germain. Everything about the club matches my football ambitions. I am determined to help build something special for the club and the fans.’