Lionel Messi has yet again stunned football fans across the world after scoring his 600th career goal with a jaw-dropping free-kick against Liverpool.

The Barcelona talisman scored his side’s second goal with a tap-in at the Nou Camp before sending a free-kick from 35 yards out into the top corner of Alisson’s net on Wednesday night.

The 31-year-old has received huge amounts of praise for his combination of talent and skill but it seems that even the best players need a slight advantage every now and then. 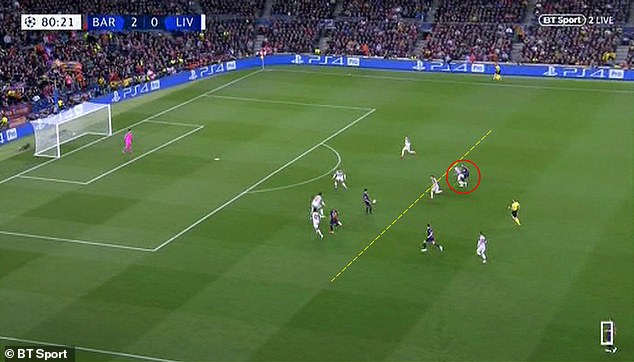 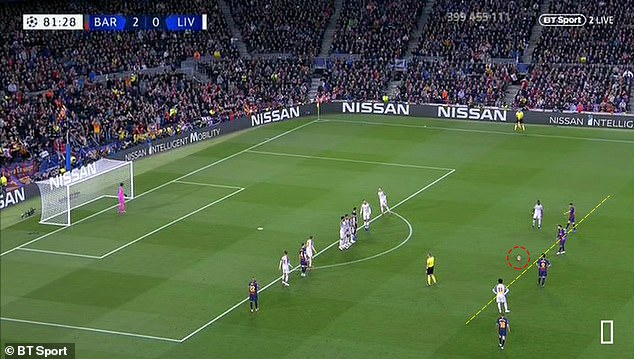 As Liverpool got ready, Messi sneakily managed to place the ball five yards closer to goal

In the build-up to winning the free-kick, Messi receives the ball in Liverpool’s half before sending it over to Luis Suarez.

The Uruguayan striker then attempts to lay it back to Messi but the Argentine forward is blocked off by Fabinho.

The Brazilian picks up a yellow card for his troubles and Barcelona are awarded a free kick in Messi territory.

However, eagle-eyed fans spotted that Messi sneakily moved his free-kick five yards closer to goal, which some will argue gave him a slight advantage.

Regardless, the set-piece was still 35 yards away from goal and it would take a huge effort to beat Alisson from there. 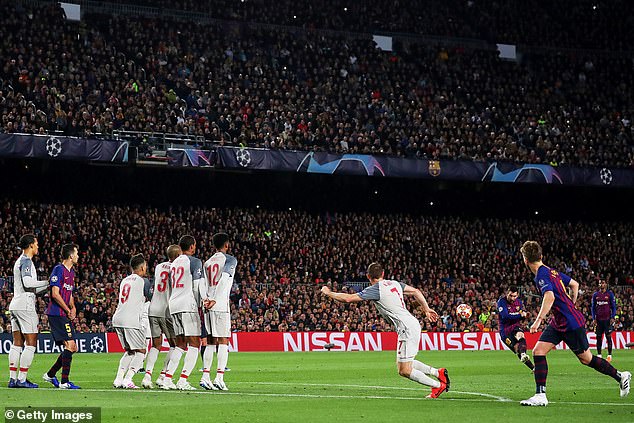 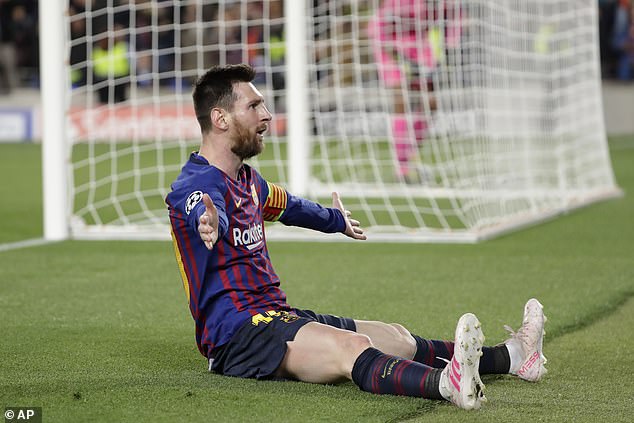 But that’s exactly what Messi did, placing his free kick in the top left-hand corner where not even the goalkeeper could reach it.

As the ball nestled in the Liverpool net, Reds boss Jurgen Klopp could only smile on the touchline after realising that nothing could be done to stop the little magician.

After the game, Klopp was full of praise for Messi.

Klopp said: ‘In these moments [Messi] is unstoppable. We couldn’t defend the free kick. What a strike.

‘The second goal was probably not the nicest in the career of Lionel Messi but it shows his skills that he is even there in that moment. Apart from that I was happy in how we defended the whole Barcelona team.

‘I am a big admirer of them, as is everybody, but my boys didn’t show too much respect, they were there every time. We played football and I liked that. I knew before that Lionel was a world‑class player and now I saw it again I am not too surprised.’