When Lionel Messi was named on the bench for Barcelona’s Champions League clash with Juventus, there were probably a few sighs of relief in the home dressing room.

The Argentina forward has netted 16 goals in only 19 matches already this season, helping the Catalan giants make an impressive start to the campaign at home and in Europe.

But he was not included in Ernesto Valverde’s starting XI for the 0-0 draw in Turin on Tuesday night, a decision his compatriot Gonzalo Higuain appeared to agree with. 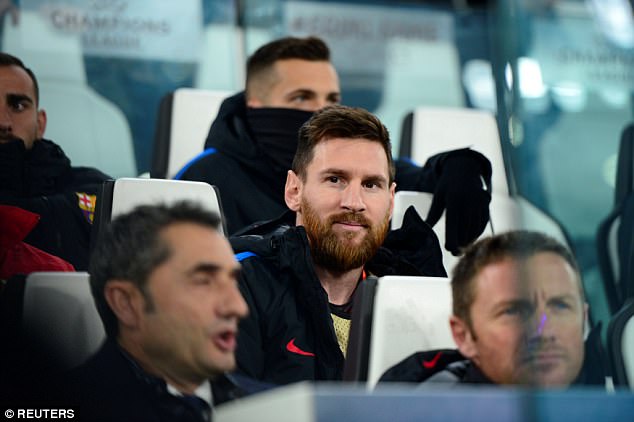 Before kick-off the two players shared a joke in the tunnel, where the Juventus forward reportedly told his international team-mate: ‘The vest fits you well, the vest of a substitute!’

Unfortunately for Higuain, Messi didn’t spend all evening in the bib as he came on as a second-half substitute during the Turin stalemate.

Having replaced Gerard Deulofeu on 56 minutes, he was unable to inspire them to victory. But the result means they have sealed their place at the top of group D.

‘Leaving Messi out was difficult but he has played a lot this season and today we saw a long and tough contest so we thought a rest would do him good,’ the Barcelona boss said. 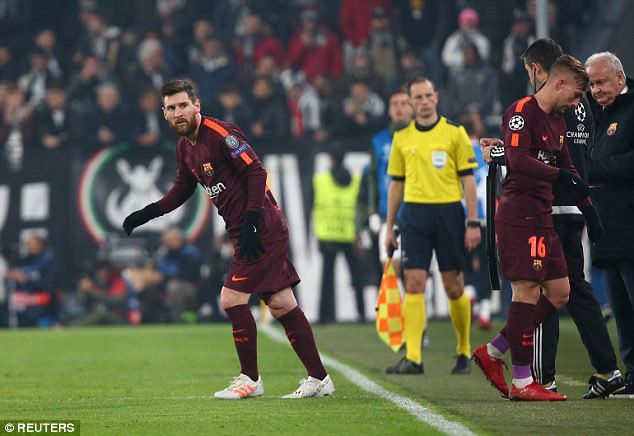 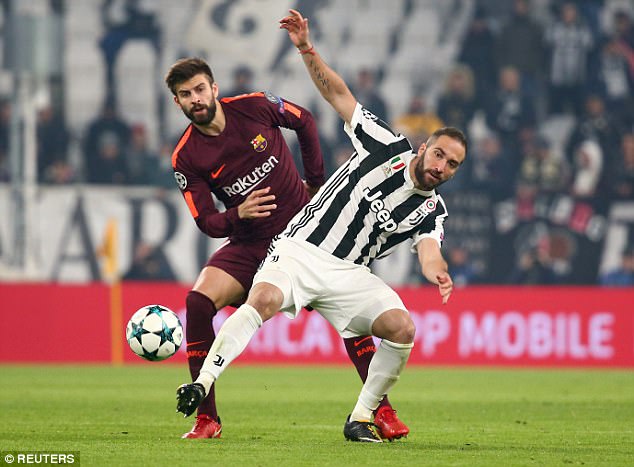 ‘The vest fits you well, the vest of a substitute,’ Higuain (pictured) reportedly told the forward