Lionel Messi vs Kylian Mbappe: Who has the edge? CHRIS SUTTON compares pair ahead of World cup final

Sure, we could talk about the all-round game of Antoine Griezmann. The breakout performance of Enzo Fernandez. The saves by Hugo Lloris. The finishes by Julian Alvarez. But this World Cup final will be the M&M show — Lionel Messi versus Kylian Mbappe.

Like you, I’m in awe of these two. The way they rise to the occasion so often, so beautifully, so devastatingly. I will be at the Lusail Stadium on Sunday to watch this showdown between the 35-year-old genius of the game and 23-year-old future of football. It is bound to be a final that I tell the grandchildren about (when I’m not showing them clips of my Celtic goals!).

Football can be broken down into certain categories and below, I have compared Messi and Mbappe in them all — most of which they have mastered. 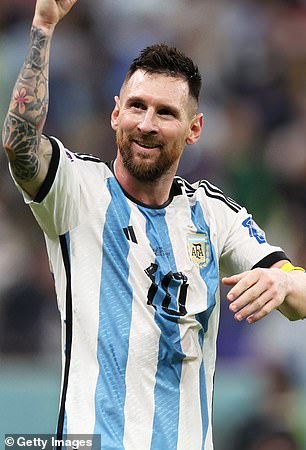 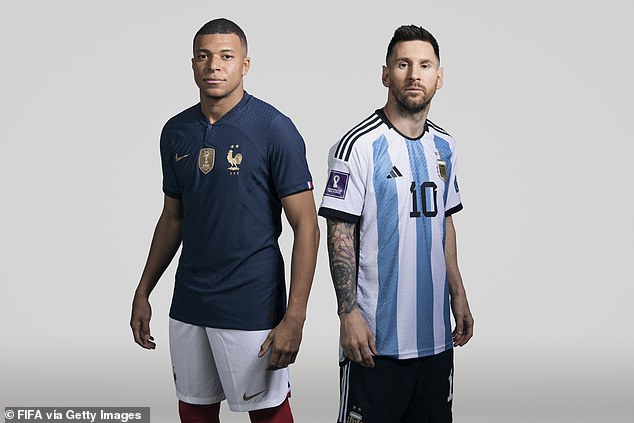 For so long, we have been mesmerised by Messi’s numbers, scoring silly amounts of goals for his club season by season. Mbappe is up there, too. Last season: 39 goals in all competitions for Paris Saint-Germain. The previous season: 42. Before that: 30. Before that: 39. It is absurd.

Messi is on the verge of becoming the first player to score in the group stage, round of 16, quarter-final, semi-final and final in a World Cup. But Mbappe knows where the goal is, too.

FIFA’s YouTube channel uploaded the highlights of France’s win over Poland. They entitled it: ‘The Mbappe Show.’ Right back Matty Cash did not do a great deal wrong in that match but Mbappe scored twice, one in each corner. These two equally know where the goal is and how to find it. 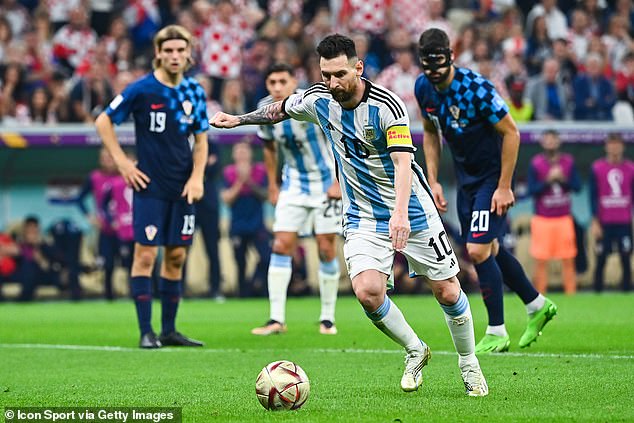 Both men are 10/01 when it comes to goalscoring, with Messi netting in every knockout round 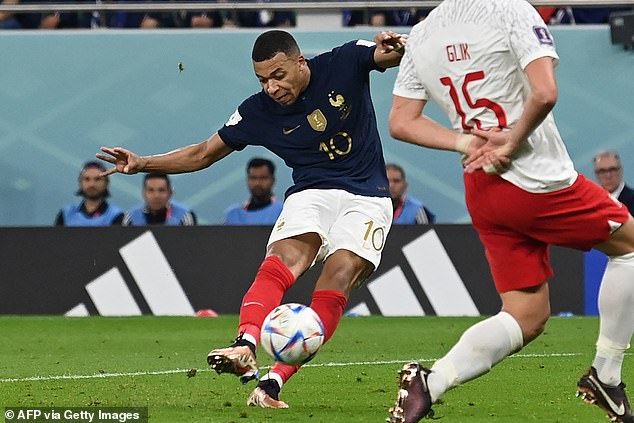 If Messi and Mbappe — and me — were in a 100metre race, we all know who would win. Mbappe would take gold, Messi would take silver and I would take a picture with them on the podium!

I don’t think there is a more satisfying sight in football than Mbappe driving forward at pace. Argentina fell victim to his speed at the 2018 World Cup when he picked up possession in France’s defensive third, ran the length of the pitch, past every challenger, and forced Marcos Rojo into fouling him for a penalty.

We don’t think of Messi as a speedster. It is his speed of thought that impresses us as much as anything. But in terms of pure leg-blurring pace, Mbappe is the speedier of the two. 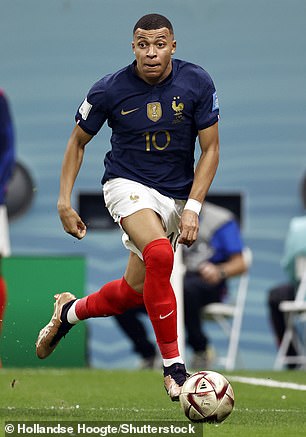 Mbappe has the edge when it comes to speed

Though Mbappe would win that 100metre race, if the track was littered with obstacles and they had to dribble their way to the finish line, I would back Messi.

It is Maradonian (to make up a word) in the way he stops, starts, fakes left, turns right and uses his close control of the ball to get around any defender. There was a time when Messi might pick up possession and dribble past anyone and everyone — like that Diego Maradona copycat goal against Getafe in 2007. He has adapted as he has got older but can still beat his man. Croatia’s Josko Gvardiol had a good World Cup, yet he could not stop Messi from assisting Julian Alvarez to kill that game. Mbappe is devastating in his own way. He displayed his fast feet for Randal Kolo Muani’s goal against Morocco. 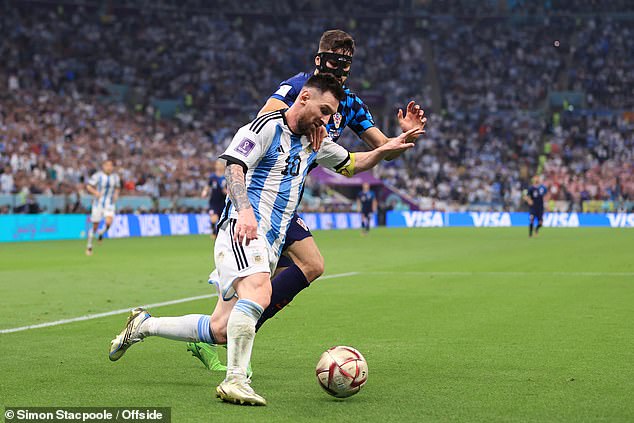 But if the two went head to head in a dribbling race, I would back Messi to get the better of it

At the 2018 and 2022 World Cups, two footballers have created the most chances after carrying the ball forward at least five metres. Messi is first on 27. Mbappe is second on 22. They are both destructive dribblers, but I still consider Messi the best there is.

That assist for Nahuel Mollina against the Netherlands showed Messi’s vision. Most players would not have seen that pass, let alone have the ability to execute it. Yet Messi did.

Naturally we associate dribbling with Messi. But he is a phenomenal passer, too. It is eye-of-the-needle exactness.

Passing is not Mbappe’s greatest strength but he is no dud with the ball. The build-up to France’s opening goal against England showed he knows when to pass and who to.

Messi walks. He wanders. He looks like he is having a stroll by the seaside, 99 in hand. Yet that is not necessarily a bad thing. You could say that Messi walks better than some players run.

There was an El Clasico game in December 2017 where Messi covered five miles over 90 minutes. The statistics said he ‘walked’ for 83 per cent of the time, ‘jogged’ for 11 per cent, ‘ran’ for five per cent and ‘sprinted’ for one per cent. Yet he finished that game with a goal and an assist in a 3-0 win for Barcelona at the home of rivals Real Madrid.

His presence alone can distract defenders. Like how Gvardiol seemed preoccupied with Messi when Alvarez ran behind to win the penalty for Argentina’s opening goal against Croatia. At 35, Messi saves himself for the big moments and the Argentina team compensate for that.

It is the same with Mbappe and France. He does not track back. Some of Morocco’s best chances came when their right back Achraf Hakimi made forward runs, with Mbappe not following him. These are luxury players who do not need to run from start to finish to have an impact. They are explosive when they need to be. 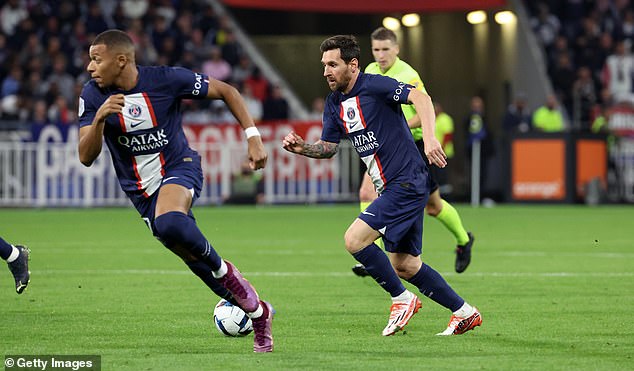 Granted, I have made up another phrase for this category, but I wanted to highlight how Messi rides challenges.

Some footballers develop reputations for rolling around, diving, flopping, dropping. But Messi is different. If he wants to keep the ball and stay upright, he will do so. Defenders like Gvardiol can give Messi enough opportunities to take the easy option and drop down for a free-kick. But more often than not, he will stay on his feet.

If we can make one criticism of Mbappe, it is that I think he can milk challenges and simulate, as we saw against Morocco.

When Argentina lost to Saudi Arabia, they needed Messi to save them and he did.

It feels as if we have seen a different Messi at this World Cup. He is showing his emotion. Never more so than after that Netherlands win. I think fans like to see that fire. The Wout Weghorst spat. The Louis van Gaal confrontation. It is different to the introverted chap we have long considered him. Argentina look to Messi as their leader.

Mbappe is still young. He is only 23. But France turn to him as the go-to guy with stardust sprinkled in his boots. Imagine if they did not have Mbappe going into this final? They would be panicking. He is the man for France, as Messi is for Argentina. 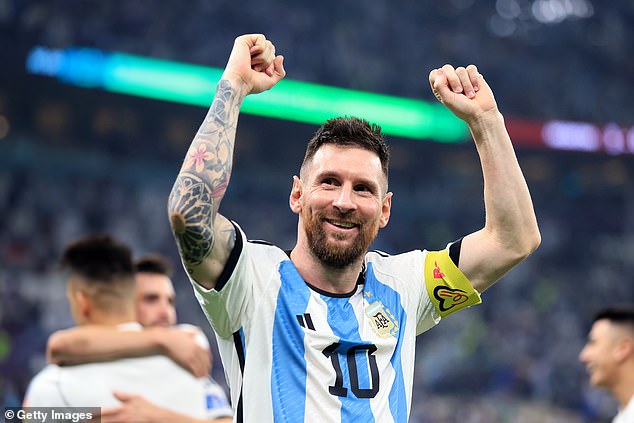