Lionel Messi’s eye-of-the-needle pass against Holland was another example of him making the extraordinary look normal… Argentina JUST edged into the semi-finals, and their genius forward is not done yet

There it was, the very essence of what it is all about. The previous 35 minutes had been laborious — a polite way of saying dull — but then Lionel Messi took possession and started to scuttle.

He was moving across the pitch from right to left, his pace quickening as the group of pursuers in orange began to panic. Without breaking stride, Messi befuddled everyone and rolled a through ball in the opposite direction, presenting Nahuel Molina with a chance he dared not miss.

Molina did what was expected, poking his finish into the corner of the Netherlands net. Celebrations that followed were wild, but it felt as if it was to acknowledge the genius of the creator rather than the finisher’s final execution. 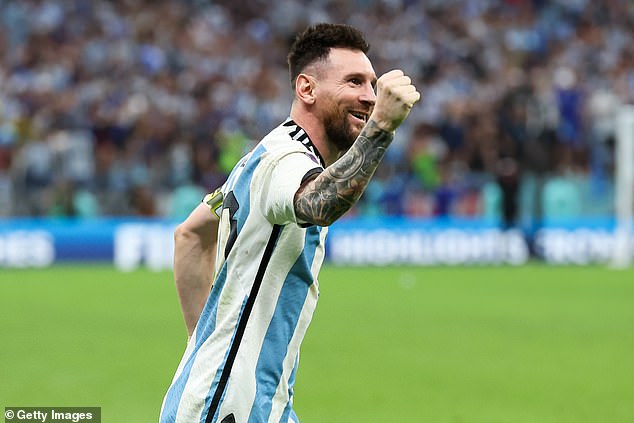 We invest our emotions in sport because we want those flashes that make you leap from your seat, grab the person next to you and holler: ‘Look! Look!’ You know quite well they have seen what you have seen but, in the giddiness of it all, you cannot help it.

Think Tiger Woods and the chip that rolled in slow motion into Augusta’s 16th hole in 2005, Ben Stokes and the switch-hit at Headingley in 2019 or Usain Bolt engaging the after-burners on his way to 100 metres gold at the 2012 Olympics.

The dates and events are engrained because you knew you were watching something that was crowd-around-the-TV levels of genius. Here was Messi doing that again, creating magic almost without looking. All he seemed to do was quickly glance right and everyone was under his spell. One day in the not too distant future, he is likely to be playing MLS soccer for Inter Miami as he winds down the clock on a career that was sent from heaven.

There will be no pressure, no drama and none of those occasions when he did something that left you talking for days. Remember all those nights in the Champions League for Barcelona, the goals in finals against Manchester United, the free-kick against Liverpool, the embarrassing of Arsenal when his touch was as deft and light as a pickpocket on Las Ramblas.

This pass was as good as any of that, a brushstroke that brought the picture to life. The picture really should have been blue-and-white by the end, particularly after he converted the penalty midway through the second half that doubled Argentina’s advantage.

Not for a moment did you think he would miss and it enabled him to move to 95 goals for his country, 41 clear of Gabriel Batistuta. It was also his 10th at a World Cup and 23rd at a major tournament, exactly the same as ‘Bati-gol’. 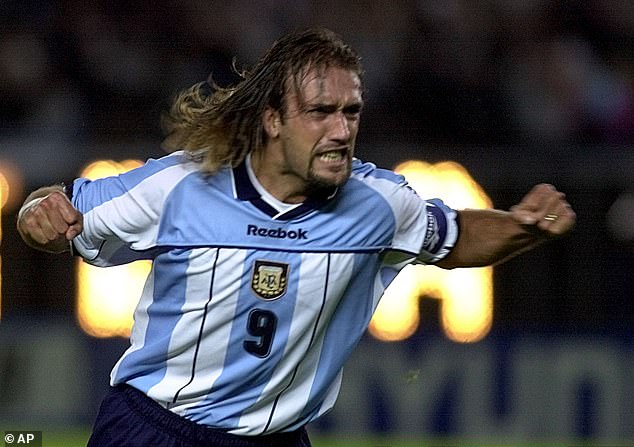 Quite how Argentina contrived to squander that advantage, however, was almost as difficult to work out as how he got the angles and the pace right for his assist. They should have sauntered into the semi-finals but ended up losing their minds under a barrage of Dutch long balls.

Perhaps, though, this gives you an indication of how much Messi is lifting Argentina. When you look at their starting line-up, it is not exactly crammed full of support acts from yesteryear, such as Diego Simeone, Javier Zanetti, Javier Mascherano, Juan Veron, Sergio Aguero and Carlos Tevez.

That they are still in the picture, pursuing the best prize of all, is down to the little man in that fabled shirt. Watch that pass to Molina again and remind yourself how privileged you have been to live through this era when he has made the extraordinary seem normal.