Lions rescued from Syria and Iraq arrive in South Africa

Two African lions rescued from war zones in Iraq and Syria have arrived at their new home at an animal sanctuary in South Africa.

The pair are now settling into their new home at the South African sanctuary of Lions Rock, home to wild game and over 90 big cats. 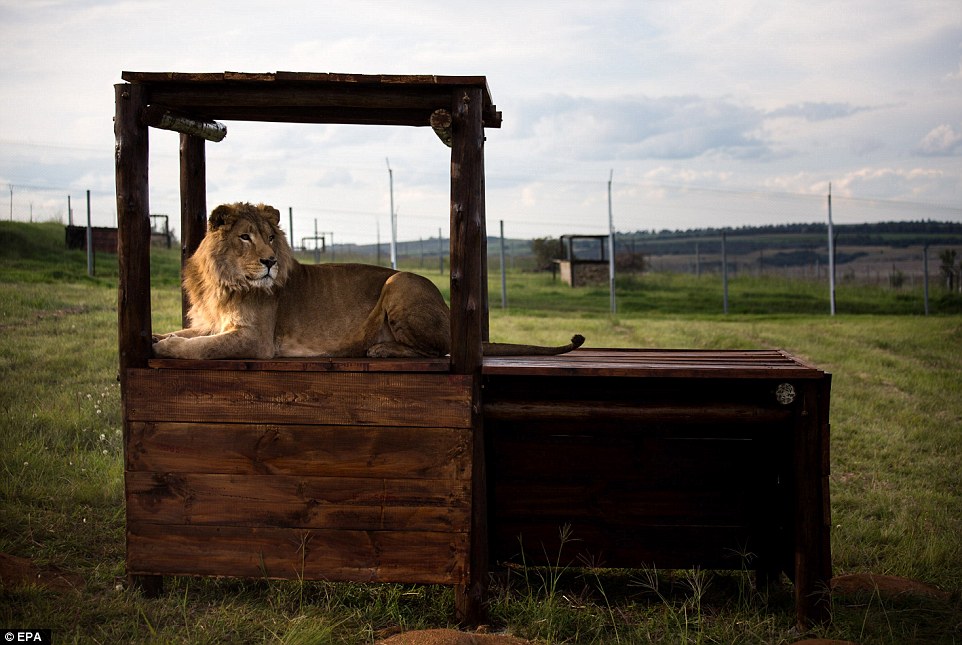 Simba getting to know his surroundings at the sanctuary, in Bethlehem, South Africa 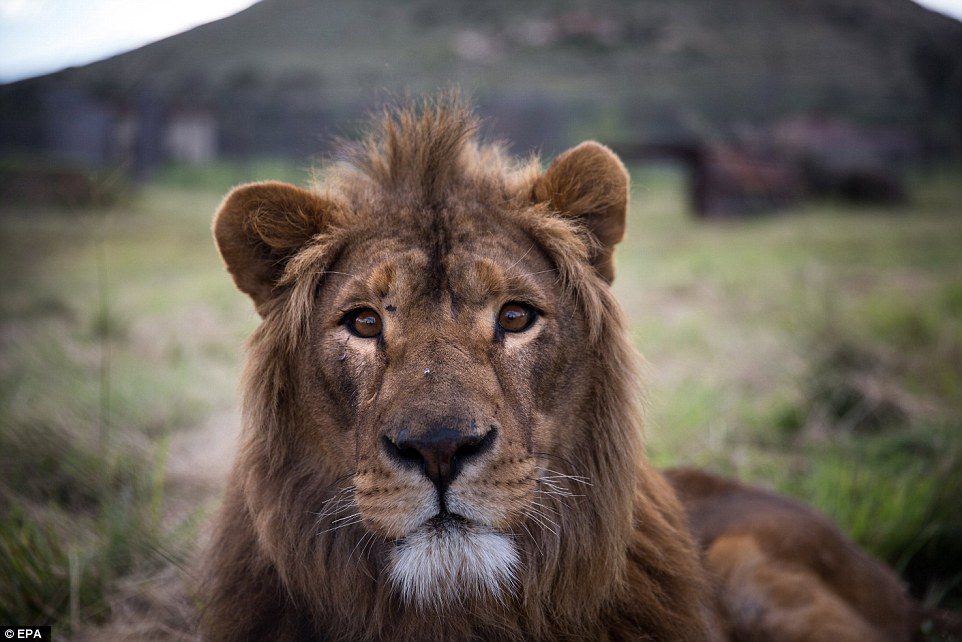 Saeed is described as a ‘happy-go-lucky kind of guy’ by Four Paws, the charity that rescued the two lions 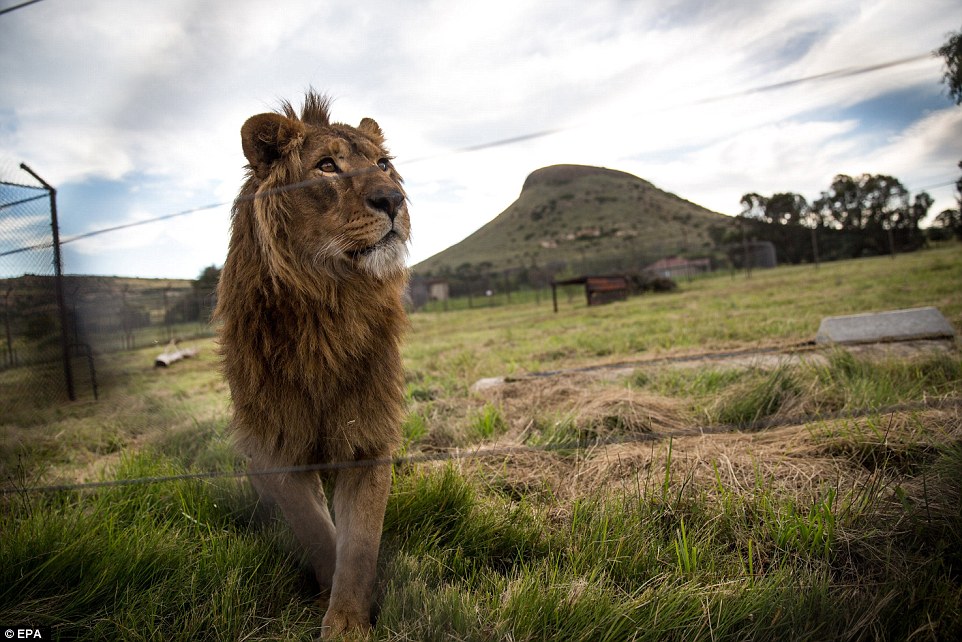 Saeed was born in the Magic World zoo near Alepo in Syria in 2016. He is friendly and approaches people for head scratches 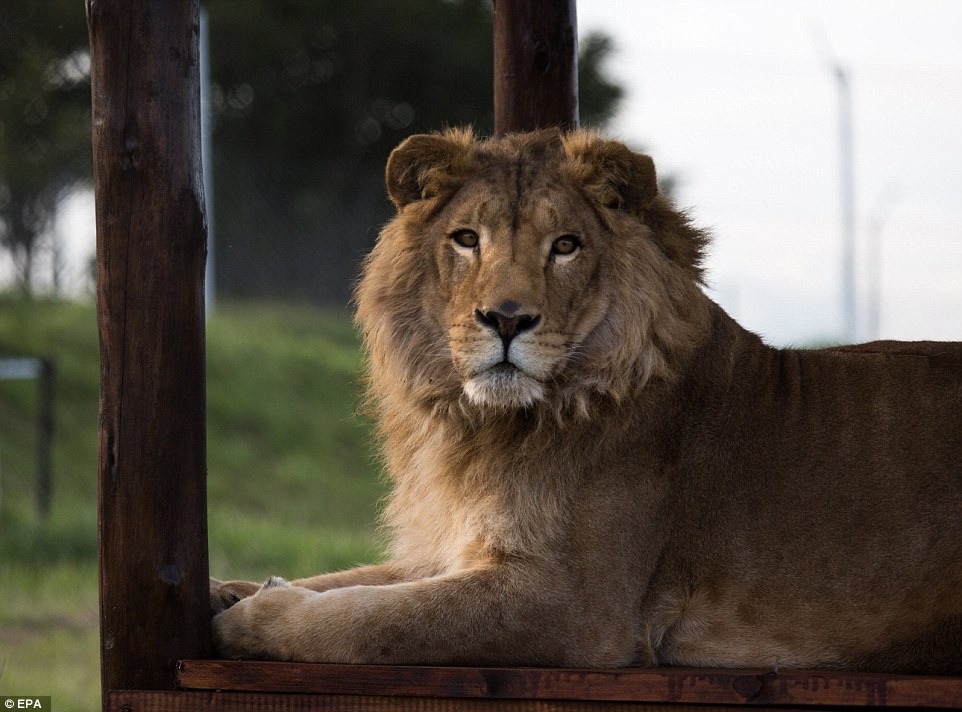 Simba was born in the Montazah Al-Morour Zoo in Eastern Mosul in Iraq, in 2014

Saeed was born in the Magic World Zoo near Aleppo in Syria in 2016. He was one of 13 animals that Four Paws rescued from the war damaged zoo in July 2017.

Simba was born in the Montazah Al-Morour Zoo in Eastern Mosul in Iraq, in 2014 and was rescued along with a  bear named Lula.

At the 1,250 hectare Lions Rock, close to the city of Bethlehem, big cats of different ages are living in large, naturalistic enclosures with other wildlife.

Most animals the zoos from where Saeed and Simba were rescued had died during the ongoing conflicts in Syria and Iraq.

They received medical care including vasectomies and dental work. They gained weight on a steady diet – with lamb meat saved for special treats.

Two-year-old Saeed, who was rescued from Syria, now approaches people for head scratches and plays with his lead trainer Saif Rwashdeh. 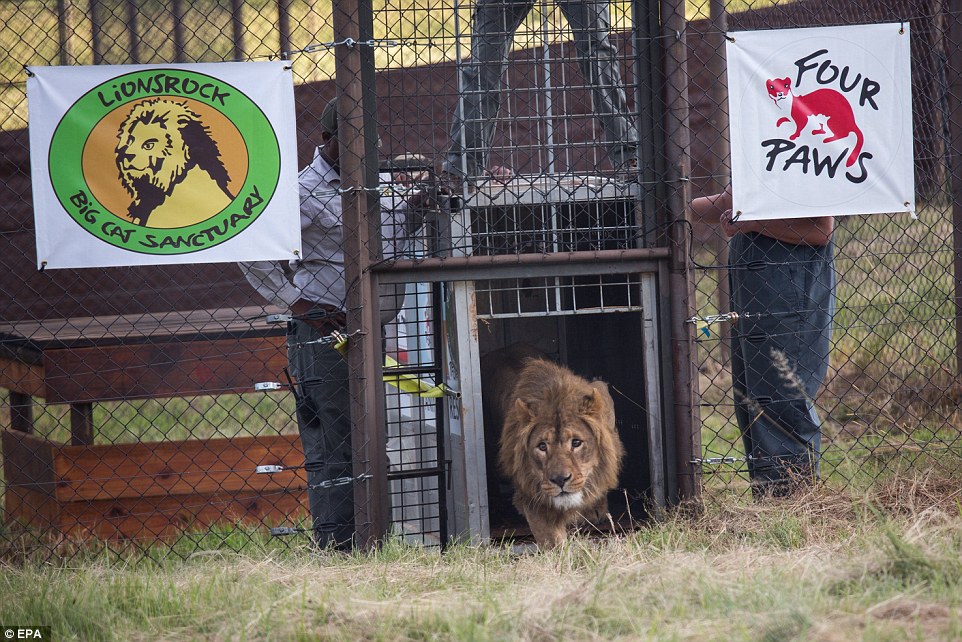 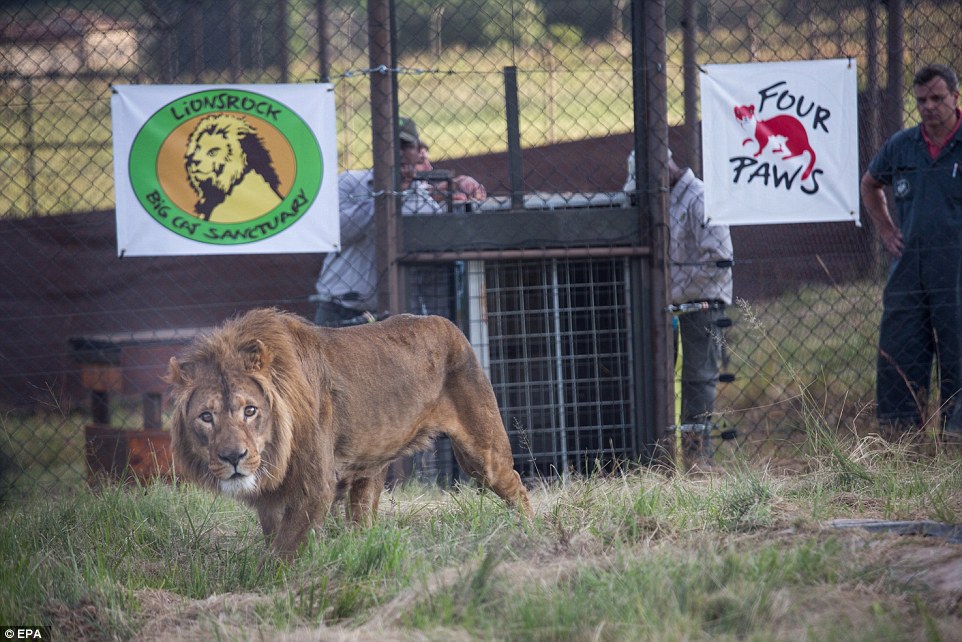 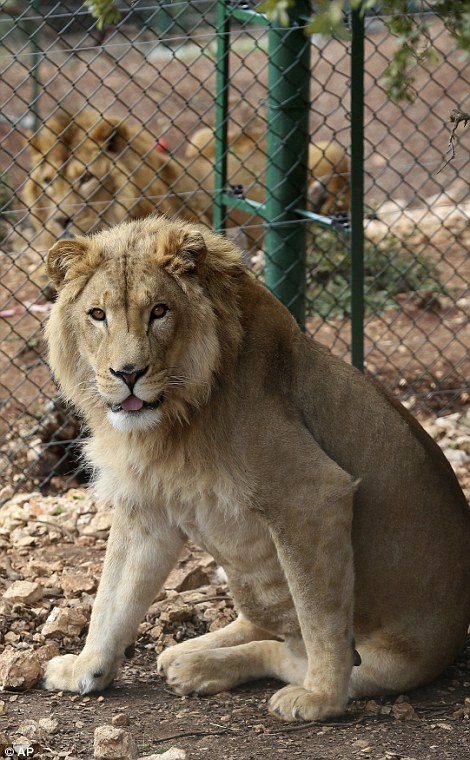 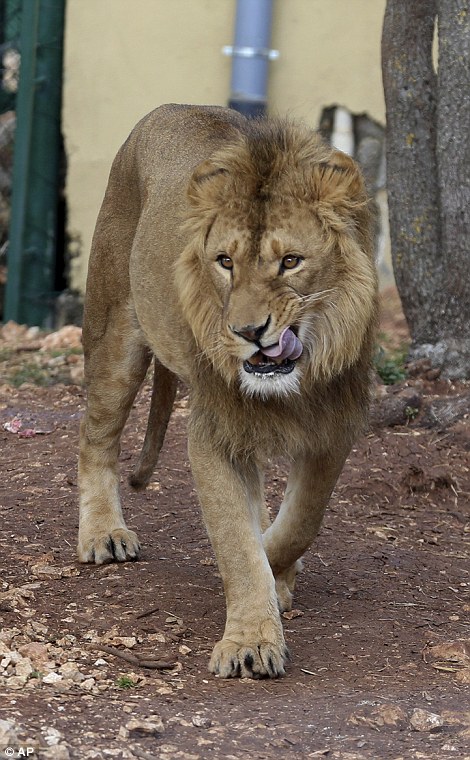 Simba, (left) who was rescued from Iraq Four Paws,and Saeed (right) at the Al-Ma’wa Animal Sanctuary before their move to South Africa

Rwashdeh travelled with the lions to Johannesburg, South Africa via Doha, Qatar and will be staying with them for two weeks to help the pair adjust.

The lions were coaxed with mouthfuls of meat into metal crates before being loaded into a cargo truck to take them to Jordan’s international airport for the journey to South Africa.

‘He’ll run up into the crate even if there’s no meat, then run out, then run back,’ Rwashdeh said.

Before they left Diana Bernas, head animal keeper at al-Ma’wa, said of Saeed: ‘He’s a happy-go-lucky kind of guy, he loves the interaction. He’s a perfect lion.’

The young lions are at the perfect age for socialization and need interaction with larger groups of lions, Bernas said.

‘It is bittersweet but we knew he was only going to be here temporarily so we are happy he’s going to the African sun.’