Lisa Rinna shares that her husband Harry Hamlin is recovering after shoulder surgery: ‘I’m his nurse, pray for him’

Lisa Rinna shared a post on Instagram on Friday saying that her husband Harry Hamlin had shoulder surgery.

The reality TV diva posted a black and white photo of the two of them with their heads touching and a birthday dessert on the table in front of them.

The 59-year-old captioned the post: ‘HH had shoulder surgery and I’m his nurse. Pray for him. Truth be told he said I was an excellent nurse #NotNurseRachett.’

Not nurse Rachett: Lisa Rinna shared a post on her Instagram to tell people that her husband Harry Hamlin had shoulder surgery and she would be nursing him back to health

The two were dressed casually in the photo, with Rinna’s short hair styled naturally and minimal makeup on. She wore a simple floral blouse and a large beaded necklace.

Hamlin wore a t-shirt underneath an unbuttoned white long-sleeve shirt and a small necklace.

The couple recently attended the premiere of Anne Rice’s Mayfair Witches together. Hamlin starred in the show as Cortland Mayfair. 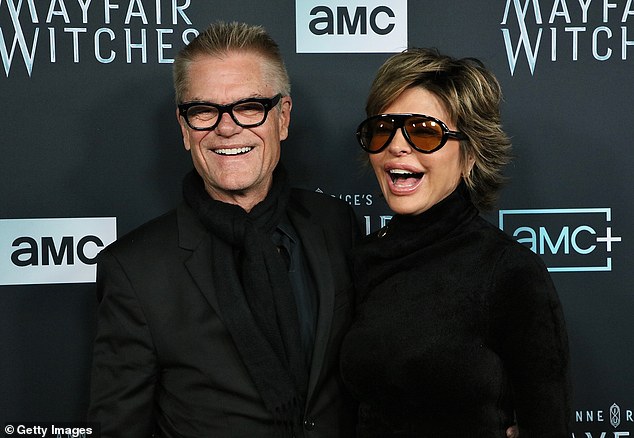 So supportive: The Real Housewives of Beverly Hills star joined her husband at the premiere of his new TV show, Anne Rice’s Mayfair Witches, on December 7

It’s the TV adaptation of Anne Rice’s bestselling novel, Lives of the Mayfair Witches. It follows a young neurosurgeon who discovers that she is the unlikely heir to a family of witches.

Hamlin made his mark in Hollywood by starring as Perseus in Clash of the Titans in 1981. 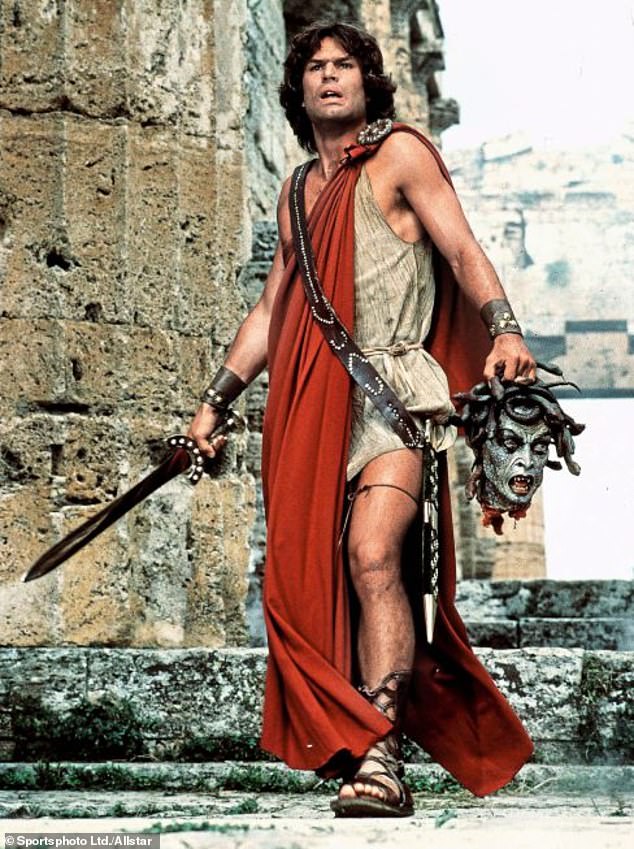 A star: Hamlin had his breakout role as Perseus in the 1981 film Clash of the Titans

The film was remade in 2010 and starred Sam Worthington as the titular character, which was an immense financial success, earning the film a sequel titled Wrath of the Titans in 2012.

The Real Housewives of Beverly Hills star and the Clash of the Titans star lent a hand at a Project Angel Food event on Thanksgiving in LA.

At the event, Rinna exclusively told Dailymail.com that she was doing fine amidst all of the drama from her RHOBH show over the past year. 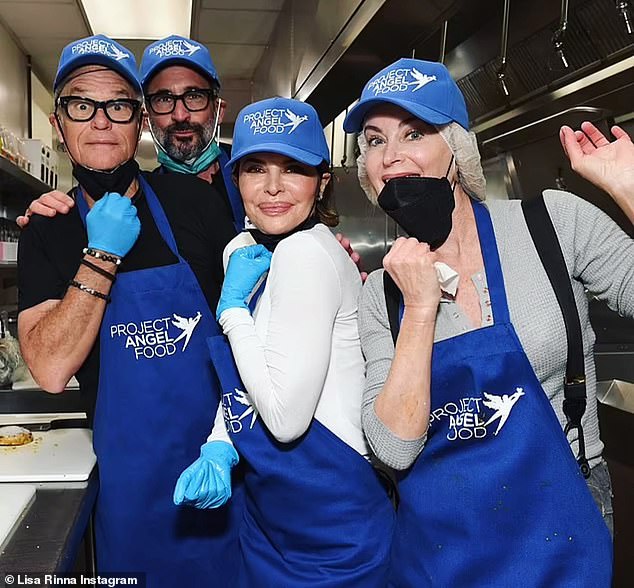 Giving back: The star couple shared their love for giving back at the Project Angel Food event on Thanksgiving in LA

The beauty said: ‘It’s always amazing to be here at Project Angel Food. I’m grateful, thankful, and happy to be here.’

Hamlin also spoke to Dailymail.com at the event and shared why he and his family participate in charity work.

‘We are extremely fortunate to have the gifts we have in our life and to live the life we do. There’s a flip side to that coin. There are a lot of people who are not living that life. So if we have any opportunity to give back, we take it. Project Angel Food means a lot to us.’