The veteran media star reportedly collected $1.7million a year during her four year stint on the show. However, she will remain with Ten on other projects, with years remaining on an ongoing multi-year contract that was revealed last year.

Wilkinson signed the ‘lucrative’ deal with the network back in 2020, which reportedly runs for four years.

It means the presenter will be staying with Ten until new projects come up for her in the foreseeable future.

Paramount executive vice president Beverley McGarvey confirmed that she’d be back on our screens soon.

She said: ‘I know she will be sorely missed both by our audience, and the entire Project team, and while we are saddened that Lisa will no longer be on The Project, we look forward to continuing our strong relationship with Lisa into 2023 and beyond.’

Despite her role on The Project coming to an end, Wilkinson will still be able to live large.

The 62-year-old lives in a multi-million dollar home in Cremorne with views over the Sydney Harbour with her husband, journalist and author Peter FitzSimons, and their three children.

The couple’s previous property, a mansion in nearby Mosman, had five bedrooms and three bathrooms.

Wilkinson also owns a 1970s single bedroom apartment in Cremorne that overlooks Sydney Harbour with views of both the Harbour Bridge and the Opera House.

After her mother’s death in 2018, Wilkinson’s brothers Kyle and Brett sold her their share of the property for $275,000 each.

Along with her luxurious property portfolio, Wilkinson also drives a $124,000 Audi A7 Sportback and is an ambassador for the marque.

She has also been pictured driving an Audi A3 convertible, worth about $53,000. 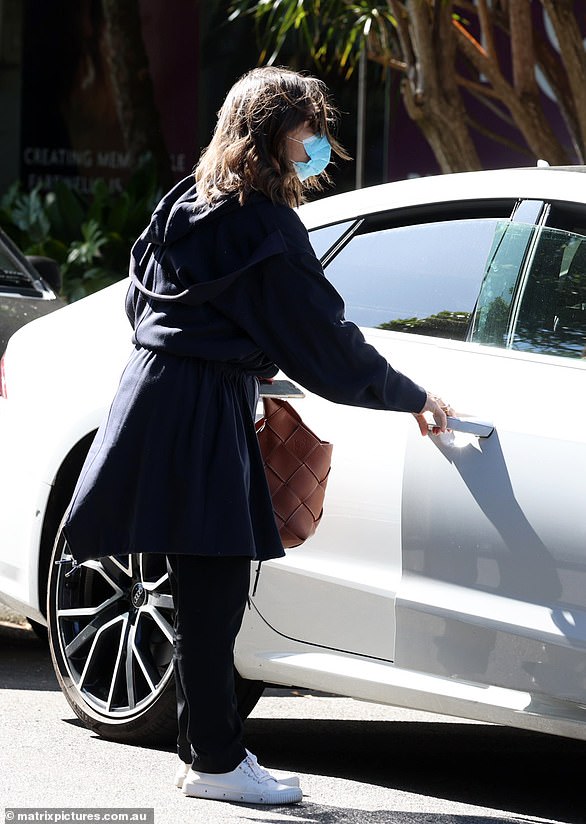 Wilkinson currently drives an expensive Audi A7 Sportback, worth more than $124,000 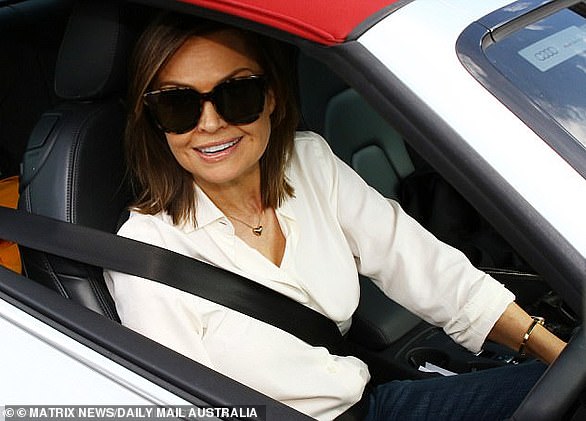 Wilkinson has also been pictured driving an Audi A3 convertible, worth around $53,000.

Along with her love for fancy sports cars, Wilkinson is frequently pictured overseas and across Australia enjoying lavish getaways.

In April this year, the 62-year-old media personality shared a series of snaps from her trip to the five-star Eden Health resort on the Gold Coast.

The resort offers seven-night packages for up to $11,375 per person in its top-of-the-line Cascade Lodge. On the lower end of the scale, Eden offers seven nights in a deluxe double lodge for $8,000 for two. 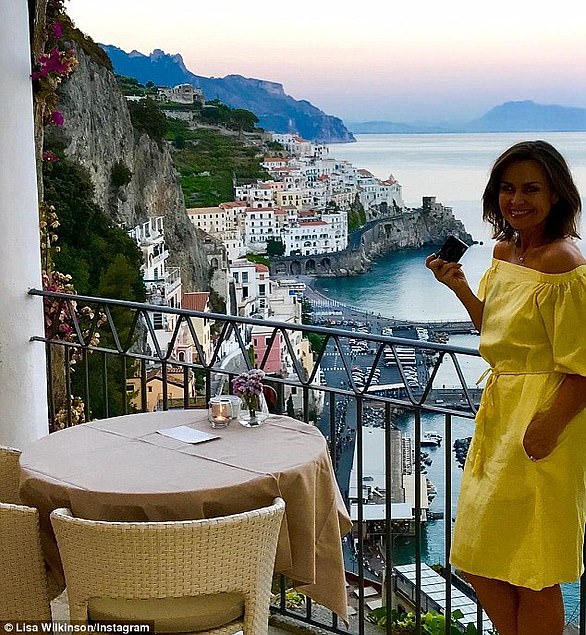 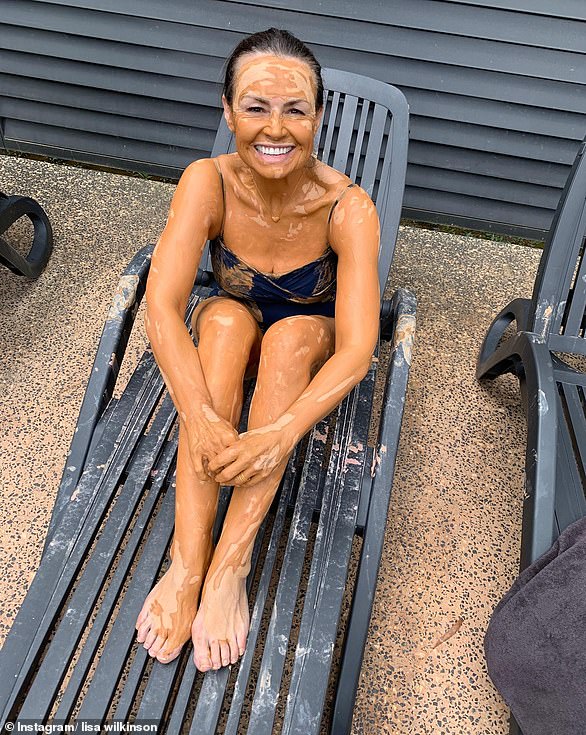 Lisa Wilkinson enjoyed a relaxing holiday at a $11,000-a-week health retreat in Queensland earlier this year

Lisa’s love for the good life does not stop there, with the TV star often spotted at the world’s best restaurants.

In May, she wrote about dining at the iconic Ivy restaurant in Los Angeles, where main courses cost up $66 each.

The restaurant is frequented by some of the world’s biggest stars, including Nicole Richie, Tara Reid, Paris Hilton, Tom Cruise and Kim Kardashian.

Back home, she also enjoys fancy meals out, with Wilkinson spotted enjoying a cocktail at the at Spoonbill Restaurant and Bar in Melbourne in March, sitting alone at a table by the window.

She also ordered a meal, dining on what appeared to be mussels and broccoli as she enjoyed her solo outing. 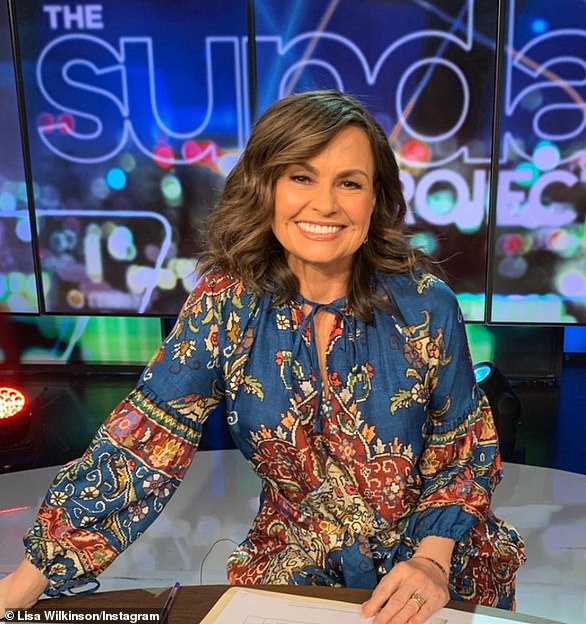 Lisa spares no expense when it comes to her wardrobe choices, with the TV star pictured in a boho D’Ascoli frock costing $550

The TV host’s fashion tastes are not cheap, and she has worn dresses from Koh Woman, Karen Millen and Cazinc The Label, costing up to $550.

Wilkinson’s lavish lifestyle has prompted some to question if she is in touch with ordinary Aussies when commenting on political issues.

‘Lisa lives in her mansion in Mosman, she can’t relate,’ said one Twitter user.

‘Lisa Wilkinson is not qualified to give financial advice,’ commented another.

A third wrote: ‘Lisa Wilkinson … with harbourside mansion … oh dear another one with irrelevance syndrome.’

‘Coming from someone in a mansion… clueless,’ added another.

The presenter stunned viewers on The Project on Sunday night when she announced she was stepping down as host to reprioritise her life after a tumultuous six months.

‘The last six months have not been easy. And the relentless, targeted toxicity by some sections of the media has taken a toll not just on me, but on people I love,’ she said.

‘Don’t get me wrong. I’m not above criticism. Far from it. I’m human, and I don’t always get it right. None of us do. But by god I’ve tried. I’ve given this job. Everything I have. And I hope you at home know that. I hope I’ve brought you stories that matter, and introduced you to people whose lives and stories otherwise might never have been told.’

Wilkinson was adamant that the decision to leave the program was hers and hers alone. 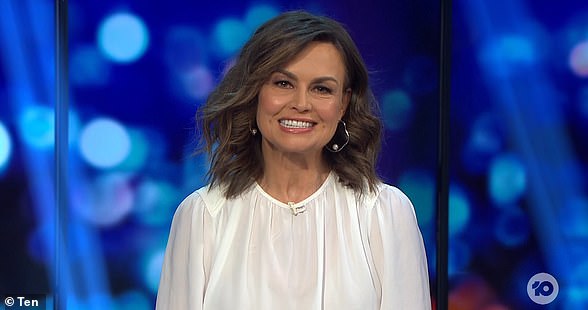 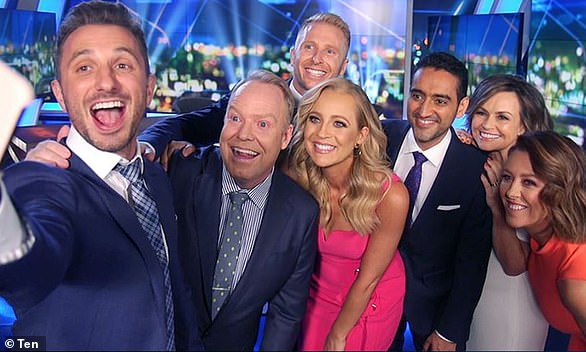 Peter Helliar became the latest star to quit as the mass exodus on Tuesday night’s program, claiming he needed more time to work on other ventures.

Long-time anchor Carrie Bickmore confirmed her departure a month ago. Her last appearance is scheduled for next Wednesday’s program.

The Project has struggled in the ratings in previous years, with a consistent decline in ratings.

OzTAM ratings have previously revealed The Project had lost almost a third of its audience since 2011.

The struggling show saw its metro ratings plummet to an all-time low of just 367,000 last year.