The veteran presenter took aim at Premier Gladys Berejiklian in a tweet on Saturday after a grocery run left her stunned.

‘Just did some shopping at the local IGA and I was literally the only shopper wearing a mask,’ she wrote.

Lisa Wilkinson, 60, is pictured holding a face mask amid the coronavirus pandemic 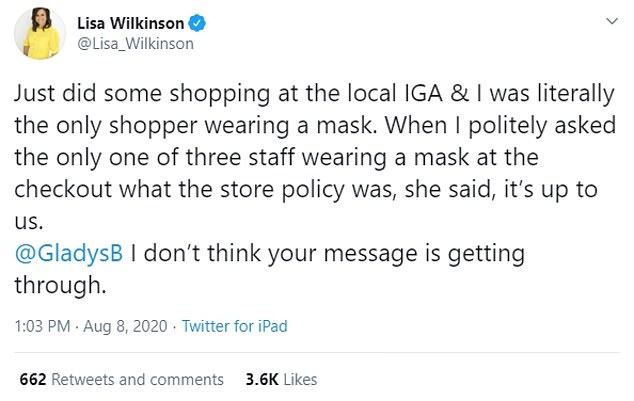 ‘When I politely asked the only one of three staff wearing a mask at the checkout what the store policy was, she said, it’s up to us.’

The Project host tagged Ms Berejiklian and said: ‘Gladys, I don’t think your message is getting through.’

Ms Berejiklian has come under fire for refusing to follow Victoria’s lead and enforce mask wearing.

NSW recorded ten new cases of COVID-19 on Sunday, with 111 people now in hospital in the state fighting the virus. 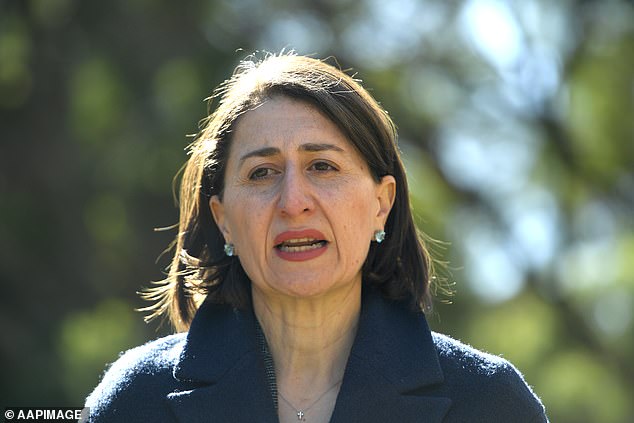 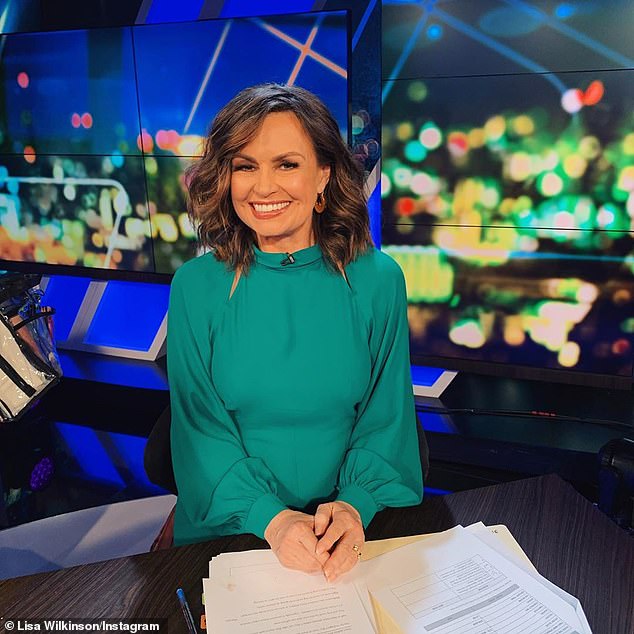 Ms Wilkinson, 60, has made her position on face masks in NSW clear in a series of tweets over the past month

‘The compelling message has been “not compulsory”, unfortunately. If there’s been one learning in this whole situation, it’s that people won’t do anything that inconveniences them for the greater good,’ one woman wrote online.

‘Hello from Victoria… are we not a prime example of why things need to be mandated and enforced?’ another commented.

Victoria had more than 7,600 active cases as of Sunday afternoon, with 394 new cases and 17 deaths recorded.

State premier Daniel Andrews enforced the use of face masks in public areas in Melbourne, with penalties of $200 if residents are caught without one. 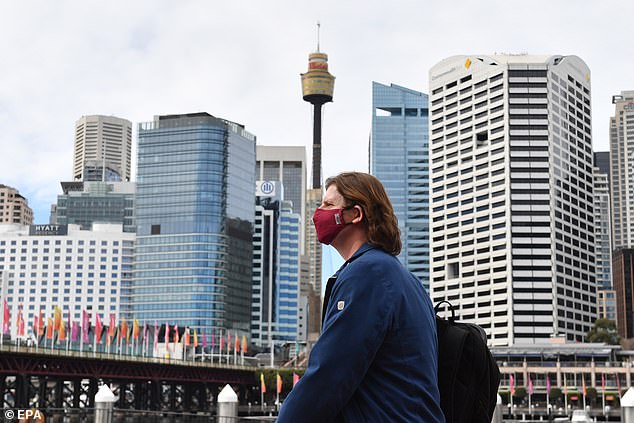 Anyone with even the mildest of symptoms is urged to get test in the effort to avoid a second wave of new infections. Pictured is a woman wearing a mask in Sydney’s Darling Harbour

Ms Wilkinson, 60, has made her position on face masks in NSW clear in a series of tweets over the past month.

Last week, she wrote: ‘So I headed to my local Woolies in NSW today, and I reckon there was maybe ten per cent (if that) of customers wearing masks. And before you ask, yes I was wearing mine.’

The journalist has also retweeted pro-mask commentary as the state’s COVID-19 situation worsens.

Ms Berejiklian has maintained the state is on ‘high alert’ and told residents to be vigilant.

‘The changing situation in Victoria means we must exercise extreme caution,’ she said last week. 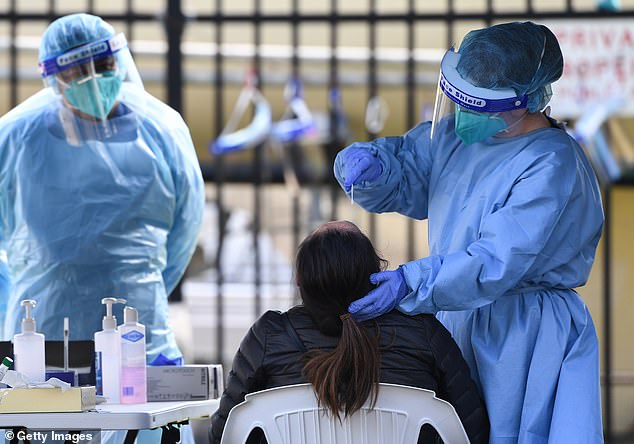 Around 31,681 tests recorded up until 8pm on Saturday, up from 24,421 on Friday. Pictured is a woman being tested at a pop-clinic in Rushcutters Bay in Sydney’s eastern suburbs

‘The health of our citizens and economy must be protected – and the health advice says this is the best way to do it.

‘We will also further limit the reasons Victorians can seek exemptions to come into NSW.’

Although daily number of new cases is relatively low compared to Victoria’s horror outbreak, several remain a mystery, sparking fear there could be a wave of community transmission in the coming days and weeks.

‘This is a critical time in the NSW response and we need to reduce any further risk of seeding of cases from Victoria,’ NSW Chief Health Officer Dr Kerry Chant said on Friday.