Listen to blue whales calling to each other

New research has revealed sounds of endangered blue whales communicating with each other off the coast of Southern California.

Scientists tagged some of the animals swimming near the Channel Islands with underwater microphones, which picked up on a variety of noises that came from the sea creatures ‘talking’ to one another.

The results could help researchers better understand the whales’ routines and what they need to survive.

The scientists who worked on the new report are hopeful that their work can eventually serve to save species from extinction.

Blue whales are about 100 feet long and can weigh more than 379,000 pounds. The endangered animals are the largest on earth.

The new report explained that scientists are still not sure of the purpose of blue whales’ calls to each other.

But, it said, the new research that was recently presented at the Ocean Sciences Meeting gets them one step closer to an understanding of the animals’ communication.

Additionally, researchers have theories about what the whales are trying to communicate to each other when they call out.

‘Though the exact purpose of blue whale vocalizations remains elusive, researchers think the whales may use calls to maintain distance between one another, facilitate mating or signal the presence of prey, among other purposes,’ the report explained.

The research team responsible for the new analysis examined upwards of 4,500 sounds that came from blue whales in the area.

Researchers have collected sounds made by blue whales living off the coast of Southern California to study how the animals communicate with each other. They found that male blue whales are more talkative than females (file photo)

The whales were wearing pressure sensors and underwater microphones. The research was conducted over the course of 14 years.

‘The researchers found some variability in the times and under what conditions whales call or sing. The vocalizations varied depending on the whale’s sex and the dive’s purpose.’

Lead researcher Ana Širović commented on the potential the study has to help researchers save the species.

Širović said: ‘Understanding the context under which blue whales make calls is a critical step in developing non-invasive, non-lethal acoustic methods to study population trends and recovery status of this endangered species. 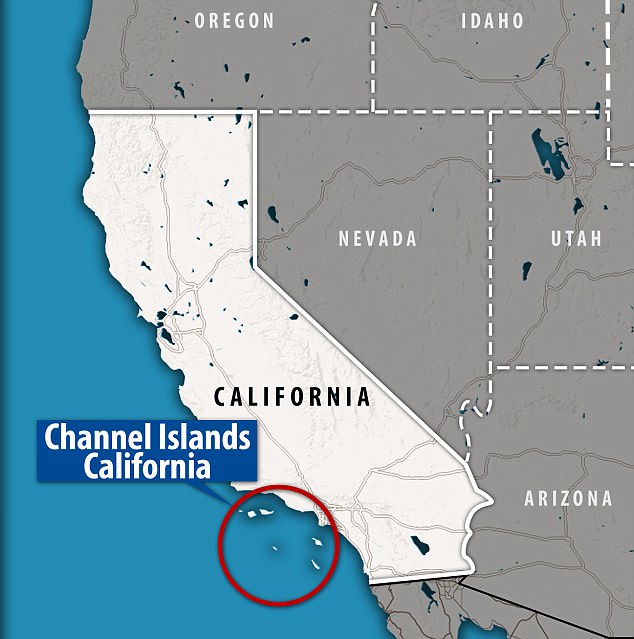 The report highlighted that male whales were more talkative at night, during which time the animals, supposedly, don’t feed.

Additionally, males were, in general, chattier than females, which could mean that some of their calls were related to their reproductive behaviors.

The study said: ‘The researchers noticed great variability in the male whales’ use of single sounds, as opposed to songs composed of multiple sounds strung together.’

Previous work on the subject has revealed a possible explanation for these noises.

‘Other researchers have suggested these single calls could help maintain pair-bonding when males and females meet while foraging. Male bonobo chimpanzees employ a similar strategy, calling to nearby females when food is present, which boosts their chances of mating,’ the study explained.

ARE BLUE WHALES IN DANGER? 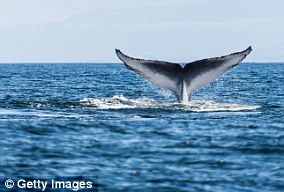 Blue whales are the largest animals on earth.

However, despite their massive size, the sea creatures feed on some of the ocean’s smallest organisms, including krill, which are tiny animals that are similar to shrimp.

Blue whales can reach speeds of up to 18.6 miles an hour.

Most of their prey is caught when they dive, and they have very few predators.

However, the endangered animals can fall victim to killer whales and sharks. Additionally, many blue whales die or are injured by ships every year.

Female blue whales can reproduce only once in a three year period.

The researchers found that whales’ diving behavior depends on the season; the animals spend more time in waters that are shallow during summer and fall.

This could indicate that the animals hunt for a greater number of surface-dwelling prey during those seasons, the study said.

Additionally, it said that the frequency of calls made by whales depends on the time of day. The study said: ‘Song production was highest at dusk and lower during the day. This could be because the whales time their singing for periods when prey is less densely aggregated, though the researchers did not measure prey abundance.’

The report noted that robins and nightingales have exhibited similar behaviors.

The new report is the most extensive analysis on the topic, Širović said.