Little boy, five, cries when he realises he will not live with his mother forever

‘I don’t want to move out’: Little boy, five, cries when he realises he will not live with his mother forever

A five-year-old boy burst into tears when he found out he would have to move out from his mother’s house in the future.

The mother-of-two had to hold Jack’s hand after he found out he would have to move out the house once he got to a certain age while watching TV.

Caitlin, who is also mother to Ariana, seven, reassured him that he would not have to move out soon but Jack could not contain his tears at the thought of leaving home. 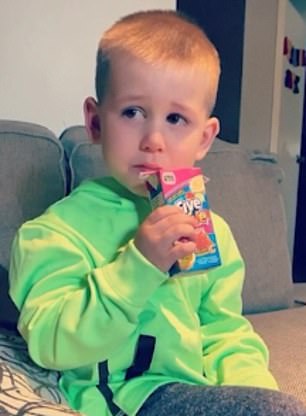 Jack, five, from Abbotsford, British Columbia, Canada, starts to cry when he finds out he will have to leave home one day in a video shared by shared by mother-of-two Caitlin Fladager, 23

In the video, Caitlin asks Jack why he is crying as he sips from a juice box with tears in his eyes.

He says ‘because I don’t want to move out’ as he turns to face his mother and she reassures him he won’t have to move out for a long time.

Jack rubs his eyes as he starts crying again and Caitlin gives him her hand, telling him he’ll always be ‘her little boy’.

He says he wants to live with Caitlin forever but eventually takes her hand and stops crying and she tells him she loves him. 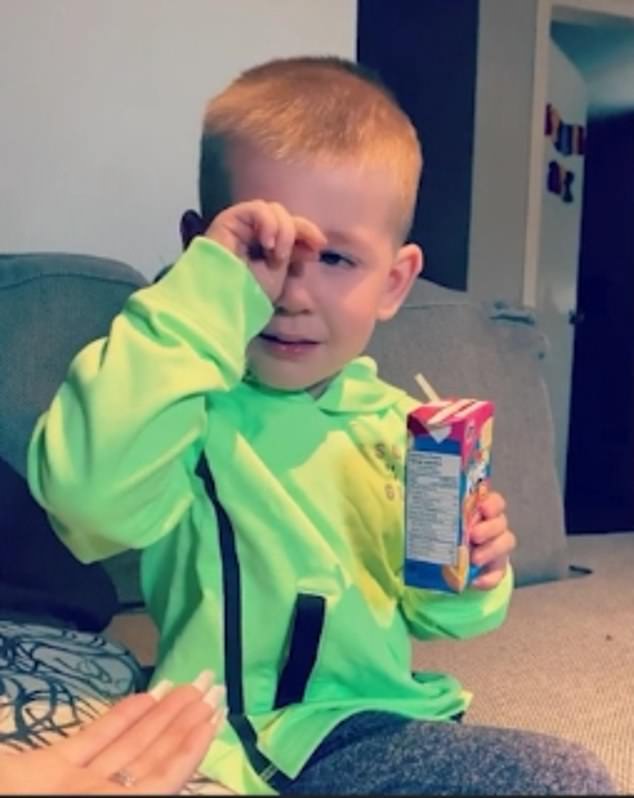 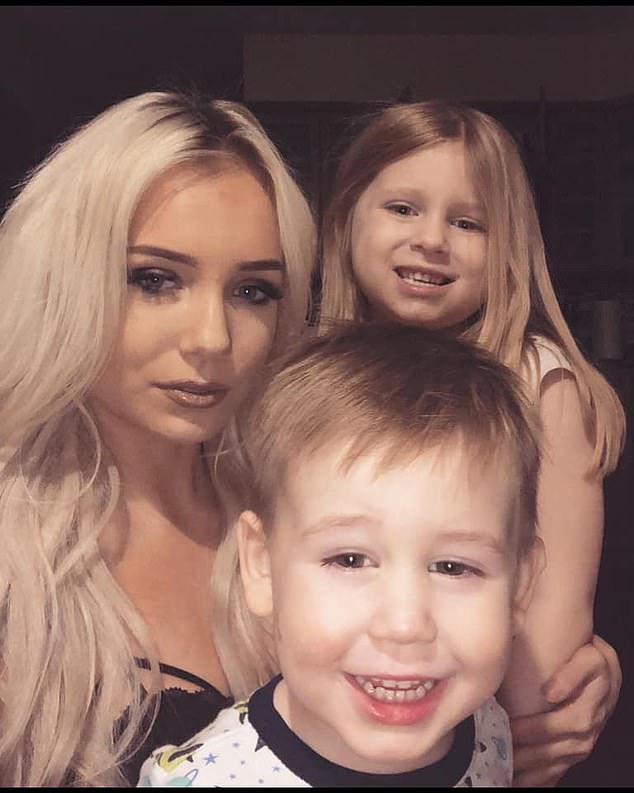 Caitlin shared the video on Instagram to her 329,000 followers. Pictured: Caitlin with her children Ariana, seven, and Jack, five, in November 2019

Caitlin said on Instagram: ‘Jack and I were watching a show on TV. He asked about why the character doesn’t live at home with his mummy anymore.

‘So I tried to explain to him that people usually move out of their mum’s house when they get older.’

The mental-health advocate’s 329,000 Instagram followers responded to the ‘adorable’ video with their own similar experiences. 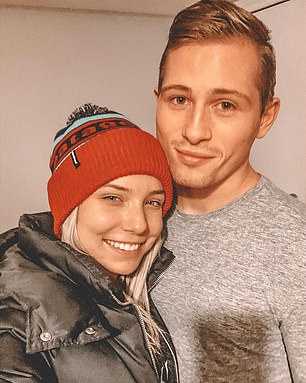 One said: ‘My son gets anxiety about this often. He’s four years old. He also gets anxiety over the fact I will get old. It makes me very sad.’

Another wrote: ‘My 6 year old still does this when we talk about him moving out one day! He tells me he’ll never move out or get married or have kids.’

Another added: ‘I cried watching this. My heart. I also have a mommas boy and I don’t think he will want to leave my house.’

She married her high-school sweetheart, Noah, and became pregnant when she was 18.

The mother-of-two speaks candidly about battling depression, smoking marijuana and attempting to take her own life in the past.