Shocking video has emerged of a little boy sitting unattended as temperatures soared to almost 30C.

In vision posted to social media, the boy was seen inside a buggy attached to a bicycle covered with a beach towel near a Perth pub.

A second bicycle was parked next to it.

According to the social media post, the boy’s parents were inside the nearby pub at the time.

‘So this little boy has been left here for 45 minutes while his parents are around the corner having a drink in the pub,’ the caption accompanying the video said.

‘He’s crying and confused. We are about to check-up on him.’

The video was posted to social media on Monday as temperatures climbed to 28C, with the post attracting more than 400 comments.

‘Update: my boyfriend went and told his parents he was crying and she took her time to walk over and get him… disgusting,’ the woman who posted the video added.

Daily Mail Australia contacted the woman who posted the video for comment. 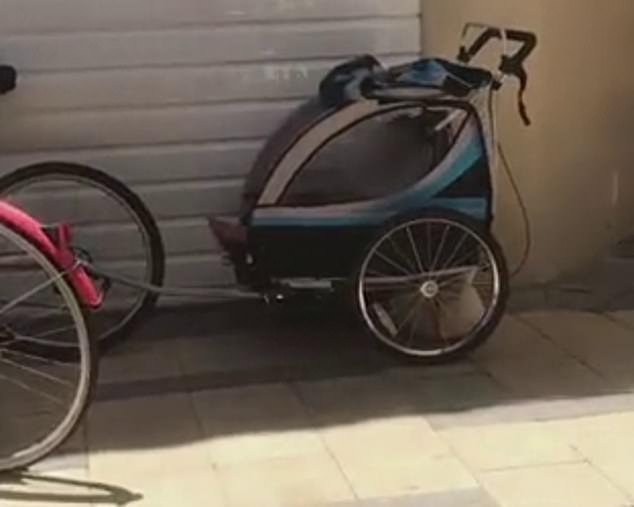 According to the social media post, the boy was ‘crying and confused’ when discovered by a shocked passer-by