Little Mix star Leigh-Anne Pinnock has announced her engagement to Andre Gray as the pair celebrate their fourth anniversary as a couple.

Taking to Instagram on Thursday evening, professional footballer Gray posed alongside his fiancée as she showed off her enormous diamond engagement ring shortly after accepting his proposal.

Captioning the shot, he wrote: ‘Let the caption speak for itself this time… Hasta la muerte.’

I do: Little Mix star Leigh-Anne Pinnock has announced her engagement to Andre Gray as the pair celebrate their fourth anniversary as a couple

The couple, who started dating in 2016, will marry after the Watford striker stunned Leigh-Anne by getting down on one knee during their anniversary celebration.

Jesy Nelson, Leigh-Anne’s Little Mix bandmate, was among the first to respond to the happy news, commenting: ‘Congrats you beauties.’

Hours earlier Leigh-Anne had shared an old picture of the pair kissing on a beach, but didn’t mention the engagement. 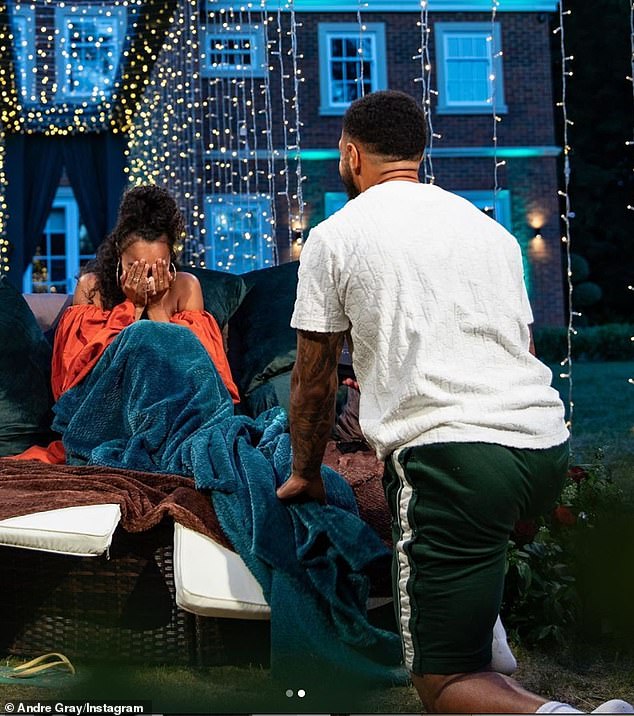 Stunned: Gray captured the moment he surprised Leigh-Anne after getting down on bended knee in their garden

Delighted: Leigh-Anne’s Little Mix bandmate was among the first to congratulate the couple

She wrote: ‘Happy Anniversary baby… how has 4 years gone so fast! all I know is I’m another year more crazy about you. I couldn’t love you harder if I tried (sic).’

The 28-year-old singer recently admitted she was hoping Andre, also 28, might pop the question one day.

Quizzed on whether she would like to marry the Watford striker during an Instagram Live with her fans, she said: ‘I really hope so. I’m just waiting, you know. I’m waiting … patiently.’ 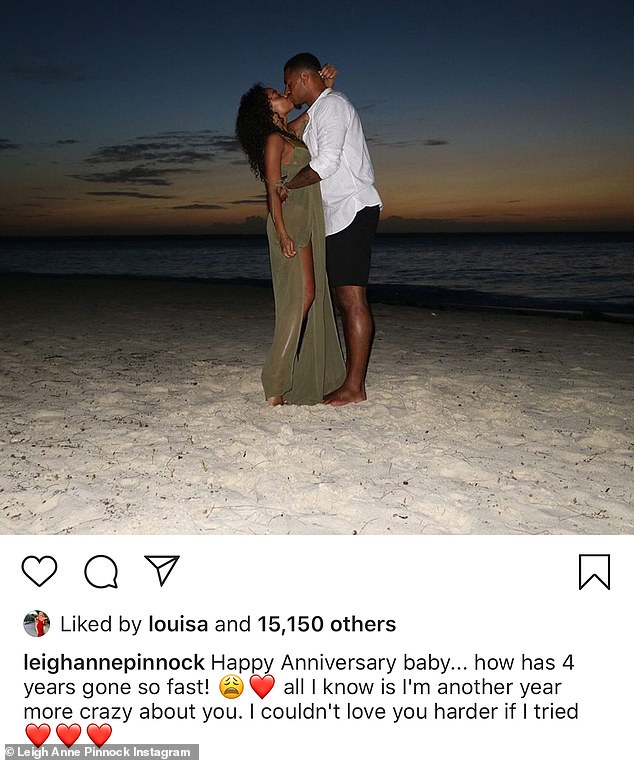 True Love: Earlier that evening Leigh Anne paid tribute to her partner by sharing a throwback snap of the couple kissing on a beach 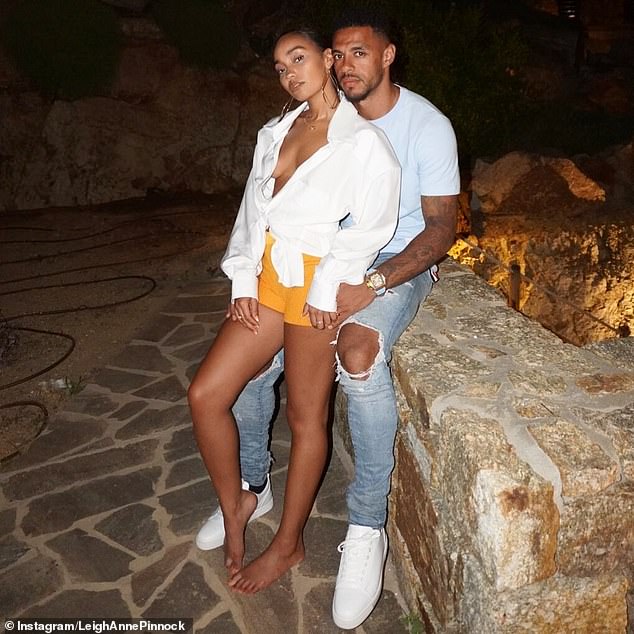 Long term: Leigh-Anne and Andre have been a couple since 2016

But just last month, Leigh-Anne admitted her hopes of a proposal and then summer wedding appeared to have been dashed because of the coronavirus pandemic.

Addressing the issue during a recent radio interview, she said: ‘The wedding is probably not going to happen now because we can’t go anywhere.

‘He’s probably not going to (want to) do it in the house. So it looks like my dream is officially over.

‘I’ve not really been planning it but every girl has got the idea of what they want, we’ll see, it is a dream of mine.’ 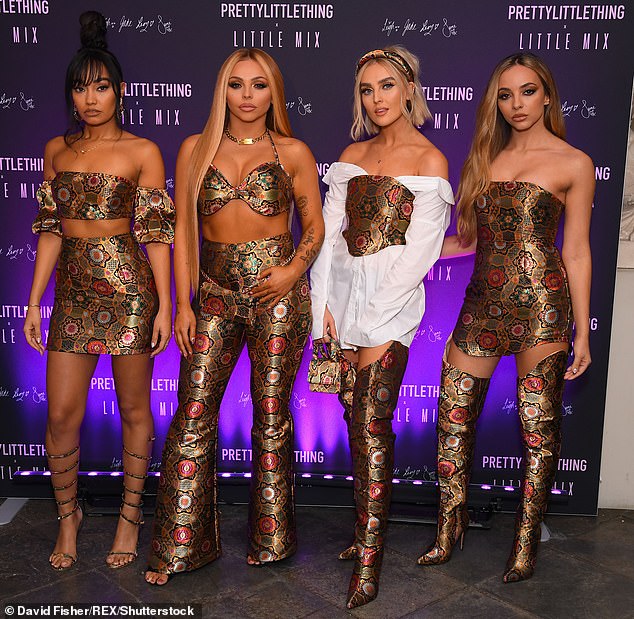 Behind closed doors: The singer and her Little Mix bandmates are currently separated as they remain at their respective homes during the coronavirus lockdown (pictured L-R: Leigh-Anne Pinnock, Jesy Nelson, Perrie Edwards and Jade Thirlwall)

Last month, Leigh-Anne admitted she has been unhappy with the restrictive lockdown measures put in place during the global coronavirus health crisis.

Taking to Instagram, she wrote: ‘I’ve been a moody b***h lately with this whole quarantine thing I’m not going to lie… thank you Andre for putting up with my face all day every day.’ 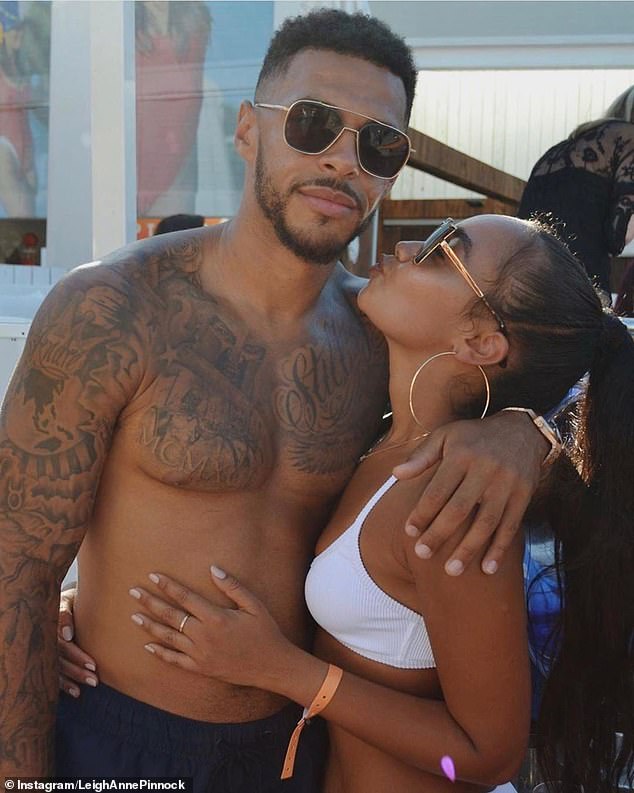 Credit:  Last month, Leigh-Anne admitted she has been unhappy with the restrictive lockdown measures put in place during the global coronavirus health crisis, and thanked Andre for ‘tolerating her face every day’