Little Mix ‘team up with Anne-Marie for her new single’

Little Mix are reportedly teaming up with Anne-Marie for a brand new single for the solo artist’s forthcoming album.

The girl group may have lost Jesy Nelson from their ranks but now look set to team up with Anne-Marie for a new song and video, which they are said to be filming on Monday.

Collaboration: Little Mix are reportedly teaming up with Anne-Marie for a brand new single for the solo artist’s forthcoming album

A source said: ‘Anne-Marie and Little Mix have been pals for years and this collaboration has been a long time coming.

‘They have spoken about doing something together for ages but the timing was never quite right and they never settled on a song. But they all seem to be really excited about this one because they said it was the perfect fit for them.

‘They are keeping shtum about what sort of song it is, but having two of the biggest British female acts teaming up is a great thing for girl power.’

The publication reports the single will likely be out next month ahead of Anne-Marie’s new album Therapy, which comes out on July 23. 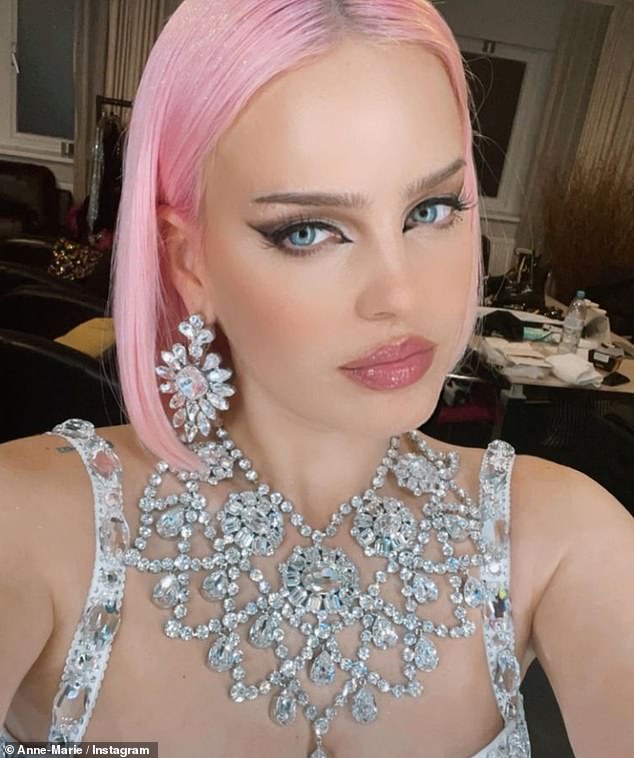 Single: The girl group may have lost Jesy Nelson from their ranks but now look set to team up with Anne-Marie for a new song and video, which they are said to be filming on Monday

MailOnline has contacted representatives for Little Mix and Anne-Marie for comment.

Ex Little Mix member Jesy previously gushed about her love for Anne-Marie, saying a single with her would be ‘one of their best collaborations’.

She said in an Instagram Q&A: ‘Anne-Marie — we absolutely love her. We’ve got a WhatsApp group with her, and we definitely, definitely want to work with her.

‘If it happens, which fingers crossed it will, I think it will be one of our best collaborations.’ 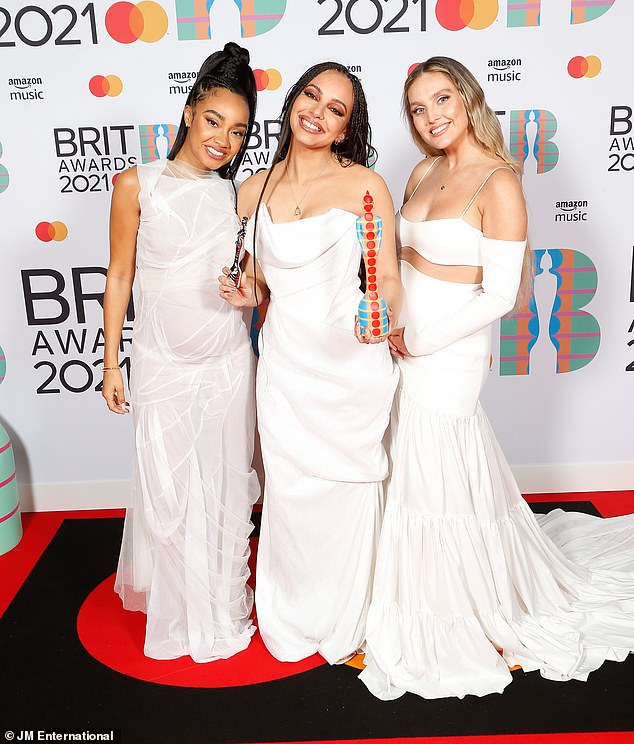 Plans: Jade Thirlwall, Perrie Edwards and Leigh-Anne Pinnock have reportedly been in talks with Anne-Marie for years about a potential collaboration

She posted a snapshot of herself in front of the company’s logo, before posing from the comfort of a settee, as she shared the news with her followers.

‘So excited to announce that I’ve signed my first ever solo record deal with @polydorrecords @universalmusicgroup. This is such a pinch-me moment. I cannot wait for you guys to hear what I’ve been working on,’ she wrote.

The news comes after it was reported that Little Mix, who are with Sony, have formally cut financial ties with her following her exit from the group. 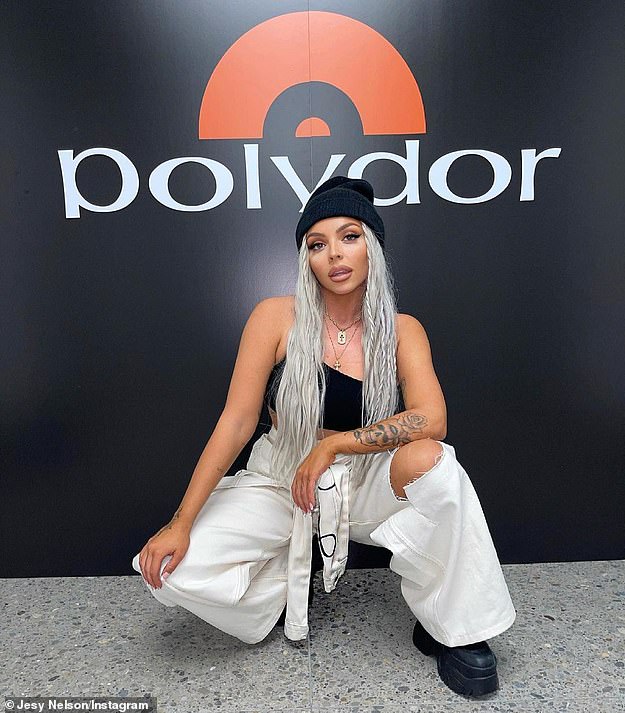 The remaining trio are expected to rake in a whopping £5 million from their upcoming tour, but Jesy will lose out on the profit as she’ll no longer serve as a director at their joint business.

Had Jesy remained part of the business, Eternal Magic Touring, her situation would have been similar to that of Victoria Beckham, who earned a cool £1 million from the Spice Girls’ 2019 comeback tour, despite not stepping foot on stage.

But Leigh-Anne Pinnock, Jade Thirwall and Perrie Edwards are now said to have formalised Jesy’s exit from the BRIT Award-winning group and she’ll not make a penny from future gigs, with a source saying ‘this was the only fair way.’

A source told The Sun: ‘Jesy could have made megabucks if she’d have remained as a director on Little Mix’s business, Eternal Magic Touring, just like Victoria did with the Spice Girls.’ 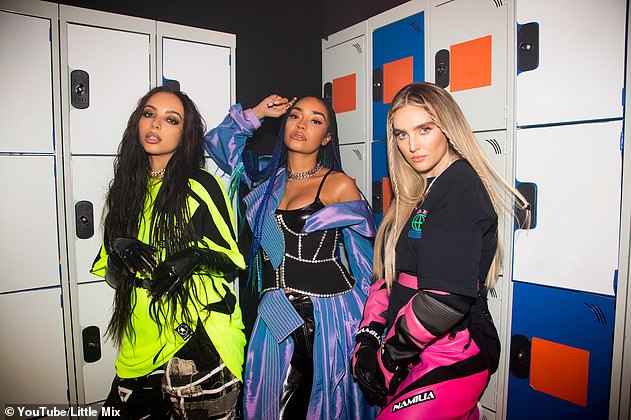 Big bucks: Little Mix have become the UK’s top earning young female performers, after boosting their joined fortune by £6million over the past year

The insider went on to say that the remaining girls are set to play 24 dates starting in April next year, including two sold-out gigs in London.

They added: ‘They are expecting to make almost £5million from those gigs and if Jesy had remained on board as a director of the firm, she would’ve been privy to cash from the band’s live shows even if she didn’t sing a note.

‘But this was the only fair way for everybody going forward. It wouldn’t have seemed right for Jesy to remain part of it.’

Jesy quit the band in December after ‘constant pressure’ had ‘taken a toll on her mental health’. 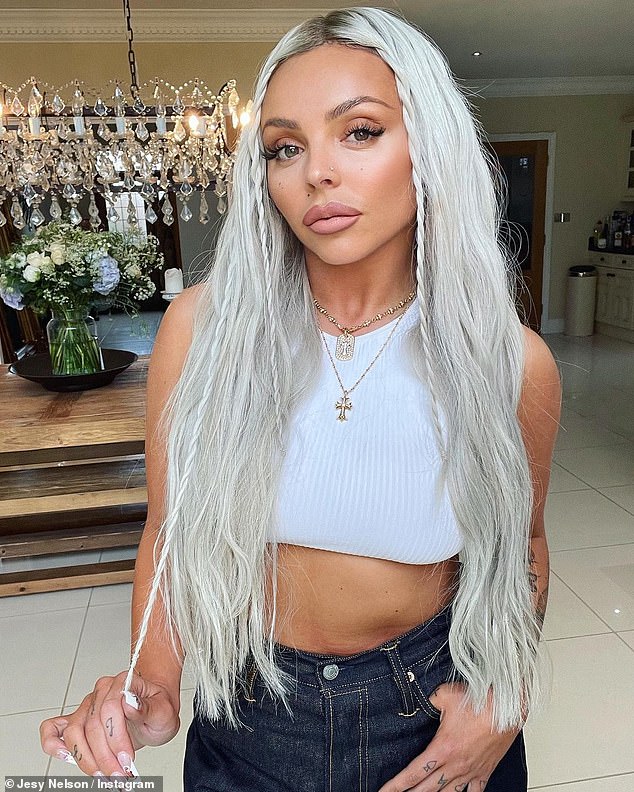