She is one quarter of the first girl group to ever win The X Factor and has been topping the charts ever since Little Mix triumphed on the show in 2011.

And while Jesy Nelson is often singing about love she usually keeps her romance with boyfriend Harry James under wraps – but all that changed when she shared a smitten snap to Instagram on Saturday,

The 26-year-old songstress looked besotted in the sweet image which showed her cuddling up to her handsome beau, 23, captioned ‘My one’.

‘My one’: Jesy Nelson shared her true feelings for boyfriend Harry James on Instagram, referring to him as ‘my one’ along with a heart emoji as they cuddle up in the snap

To cement her affection for her beau she added a little red heart emoji with her romantic declaration.

The pop star looked her usual glamorous self, with her trademark long dark curls tumbling down her back as she held her man’s hand.

Her sparkling eyes were enhanced with fluttery lashes and liner while her plump pout was painted in a glossy baby pink hue.

Handsome Harry had his arm firmly curled around the talented beauty, smiling with delight as they posed up a storm for the camera. 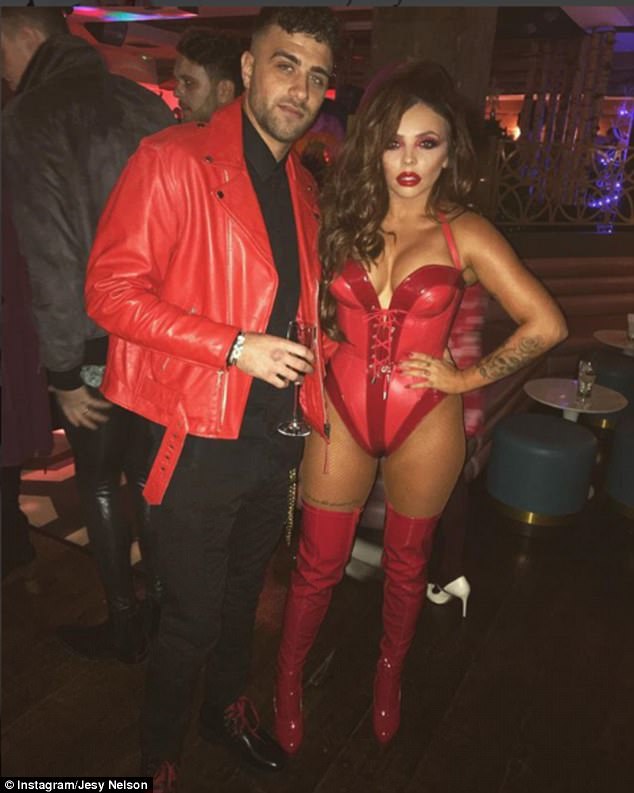 The reality star seems to have put this year’s heartbreak over TOWIE’s Chris Clark behind her and is now all loved up with Essex-born Harry.

Jesy’s career is also going from strength to strength with Little Mix thrilling fans with their latest video for new hit If I had my way, transforming into Barbie dolls for the video.

Bandmembers Perrie Edwards, Leigh-Anne Pinnock, Jesy Nelson and Jade Thirlwall are seen as miniature versions of themselves, renamed ‘Lil’ Mix’ for the mini lyric video, as they sing about being friend-zoned by a male pal they have feelings for. 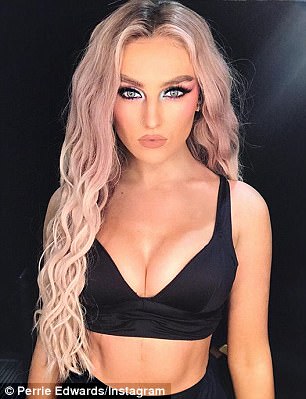 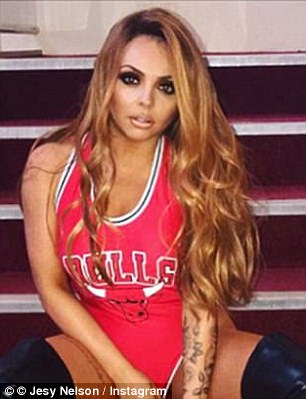 Mini Mix! Little Mix have thrilled fans with their latest video for new hit If I had my way, transforming into Barbie dolls for the video (L: Perrie Edwards, R: Jesy Nelson)

Sharing a snippet of the video to the band’s Instagram account, the caption reads: ‘Little Mix reimagined as Barbie dolls are giving us some serious feels in this mini lyric video for #IfIGetMyWay @BarbieStyle.’

And the emotive song features lyrics of the girls’ latest hits- all of whom are loved up in real life, include: ‘This night, no I don’t wanna talk about her.’

The song stands in stark contrast to their real lives, as Perrie is loved up with football player Alex Oxlade-Chamberlain, Leigh-Anne is dating Watford striker Andre Gray, Jade is in a long term relationship with The Struts’ Jed Elliot, and Jessy is dating Harry James.

The video sees a mini Perrie, dressed in a plunging polka dot pink dress as she lounges on the sofa, staring longingly at a framed picture of Ken.

Next up a ponytail-wearing Leigh-Anne is seen perched at the kitchen table alone, sipping from wine glass pensively.

Jesy’s alter-ego is up next, rocking red hair, beanie and freckles as she lays on the bed.

Jade’s Barbie flashes up last, clad in a fancy red dress as she sits by the pool by moonlight. 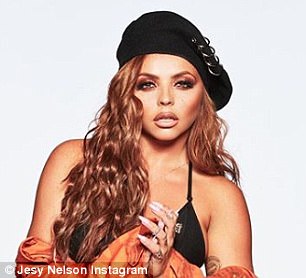 Red-hot! Jesy’s alter-ego is up next, rocking red hair, beanie and freckles as she lays on the bed

The words ‘Tonight I really wanna fix your hurt, ’cause I can see it in your face, your heart is breaking,’ flash up on the screen.

Latest single If I Get My Way features on Little Mix’s platinum edition of their album Glory Days.

The chart-topping girlband have proved they have no intention of slowing down, and after wrapping their Glory Days tour last month, they announced plans to play 15 stadiums around the country next July.

The group also returned to the X Factor earlier this month, on the same evening that group Rak-Su became the first boy band to win in the competition’s 14-year history.

Little Mix became the first ever group to win the show, when they were crowned the victors back in 2011.

Despite their huge success, Jade admitted in their documentary that the group were seen as ‘underdogs’.

‘And then The Brits came along and even though in my heart I felt like we really deserved it I didn’t actually think it would happen,’ she admitted.

There was no need to worry, however, as Little Mix scooped the Brit Award for British Single this year – and opened the show with a rendition of Shout Out to My Ex. 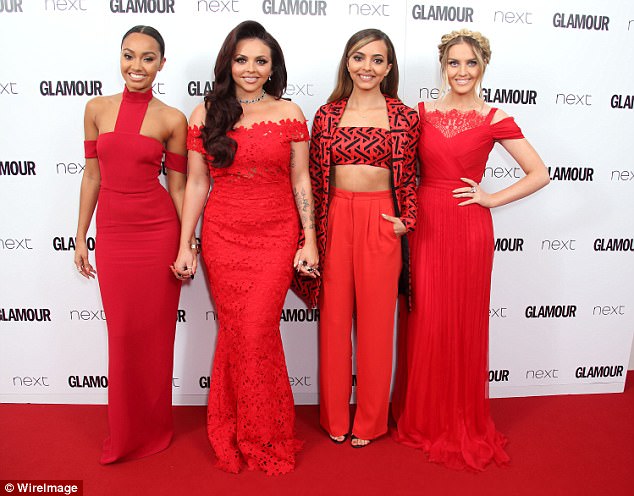 No stopping them! The chart-topping girlband wrapped their Glory Days tour last month, they announced plans to play 15 stadiums around the country next July