This did not turn in to the rout that seemed likely after half an hour and as such Porto will entertain Liverpool next week still nominally in the tie. It was still a straight forward night for Jurgen Klopp’s team, though. They could do with a few games like this in the Premier League.

In domestic football, Liverpool have been following plot lines designed to test the nerves. Late goals and comeback victories have been needed to keep them abreast of Manchester City at the top of the table.

Here at Anfield, it was for once a little more routine. Liverpool were comfortably better than a Porto team that travelled more in hope than expectation and for once it was not necessary to wait for the pulse rate to return to acceptable levels before leaving the stadium. 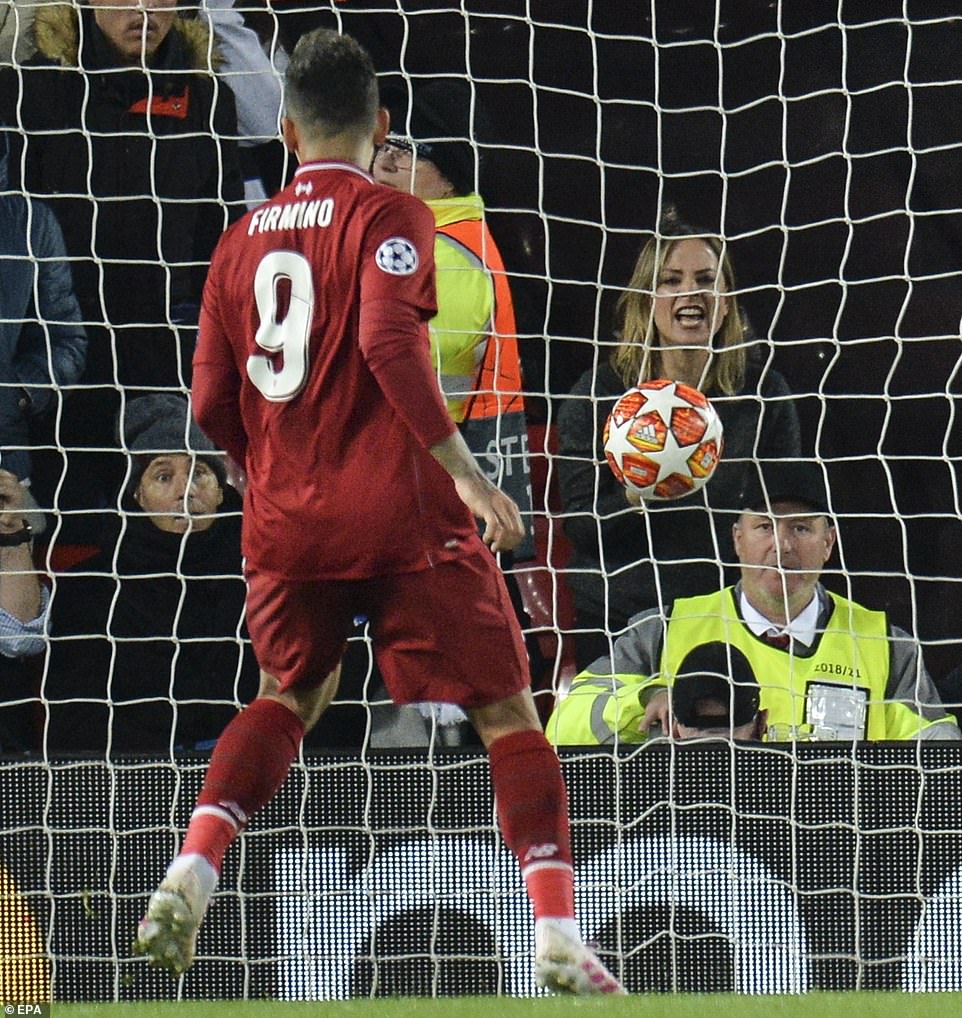 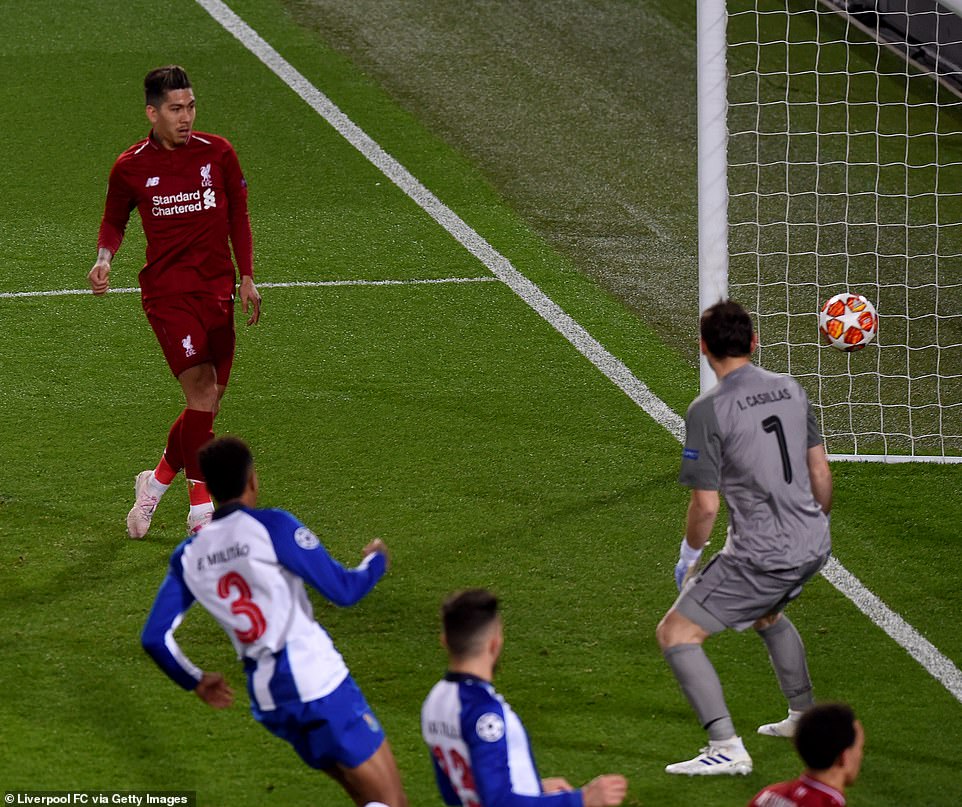 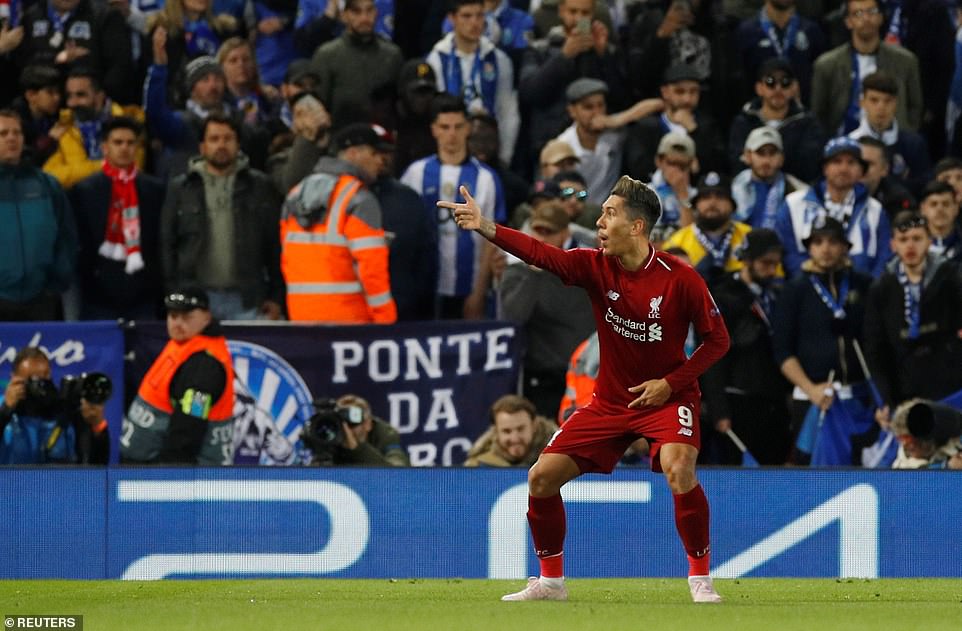 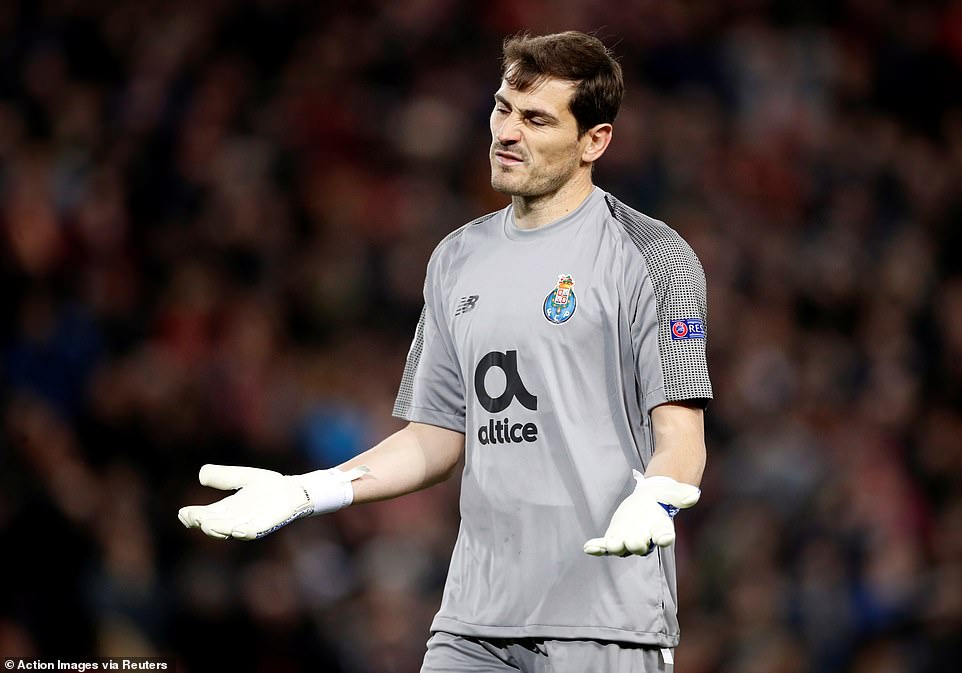 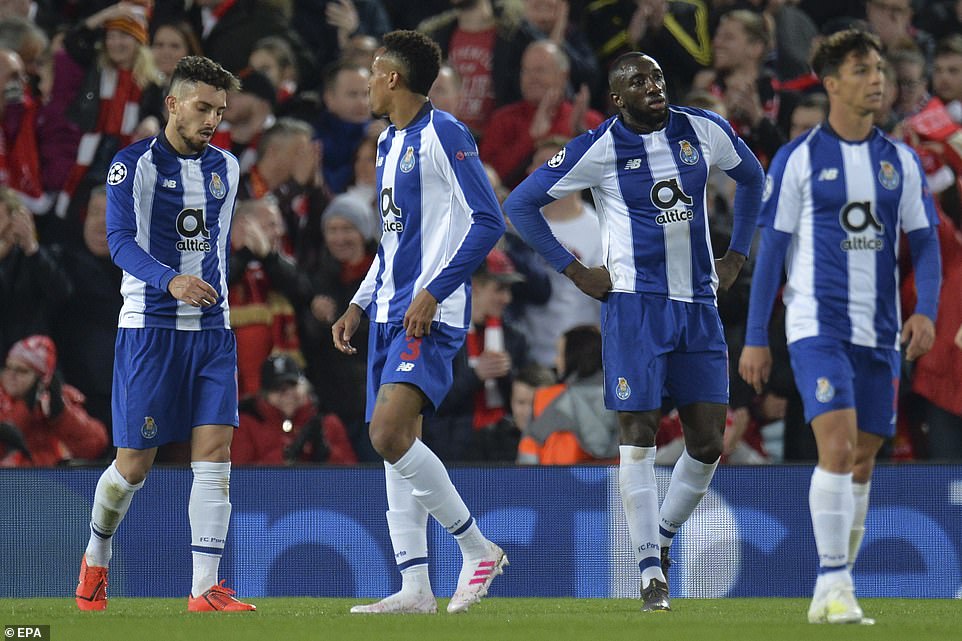 When the draw was made for this stage last month, it felt as though Liverpool had got the best of it and so it transpired. Goals from Naby Keita and Roberto Firmino gave them a two-goal lead in the first 26 minutes and the only surprise was that they did not add to them. Liverpool dominated the game and the chances but were not clinical.

Porto were game and will carry a threat in their own stadium. Here they desperately needed an away goal but thanks to the wastefulness of their centre forward Moussa Marega they didn’t get one.

As for Liverpool’s top scorer Mo Salah, he was lucky referee Antonio Mateu Lahoz did not judge a lunge on to the shin of Porto midfielder Danilo late in the game to be deliberate. Had he done so, Liverpool would have been travelling to northern Portugal next week without their best player. Why the VAR official – who turned down two Porto penalty appeals during the game – didn’t get involved is a mystery.

As it is, this is a tie that now looks eminently negotiable. An early goal for Porto in Estadio Drago would lift Sergio Conceicao’s team and drag them in to the contest. But should Liverpool score, Porto would need four to progress.

Here, the damage was done in the first half. Porto actually created chances of their own but didn’t take them. Marega could feasibly have had a hat-trick, for example. Liverpool were more deadly and earned their advantage on the back of some superb mid-range passing.

Much is often made of the intricate football played in the final third by Liverpool. But as we saw in Munich in the last round – when Virgil van Dijk created the first goal for Sadio Mane from 40 yards – they are equally dangerous with balls played inside and over the top of defenders from deeper.

The first goal arrived in only the fifth minute. Porto had actually started quite positively and could have been ahead early had Marega directed a first time shot from Jesus Corona’s pass the right side of the post from 12 yards. 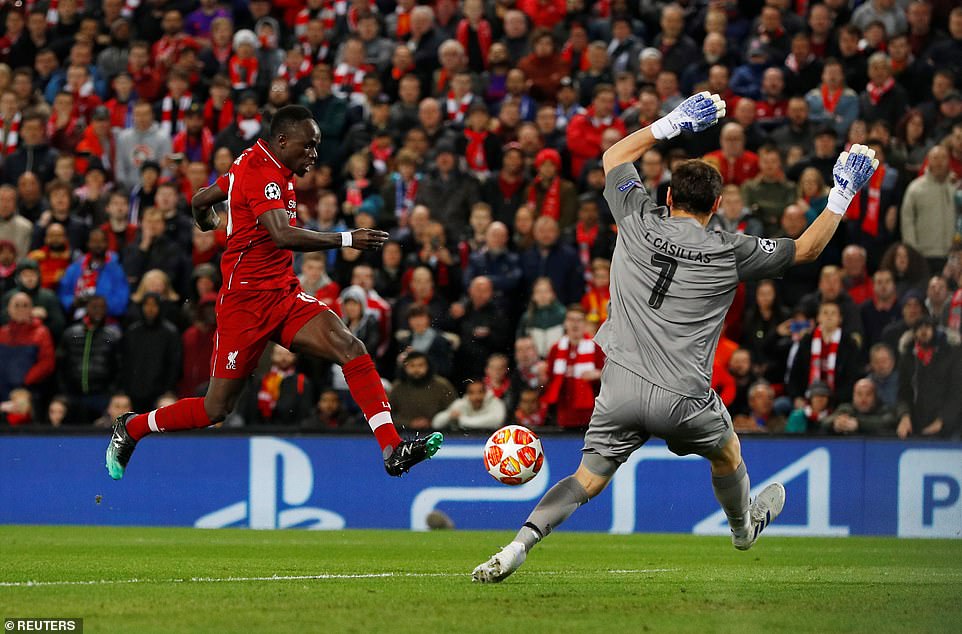 Sadio Mane thought he had added another one for the Reds, but his volley past Casillas was flagged for offside 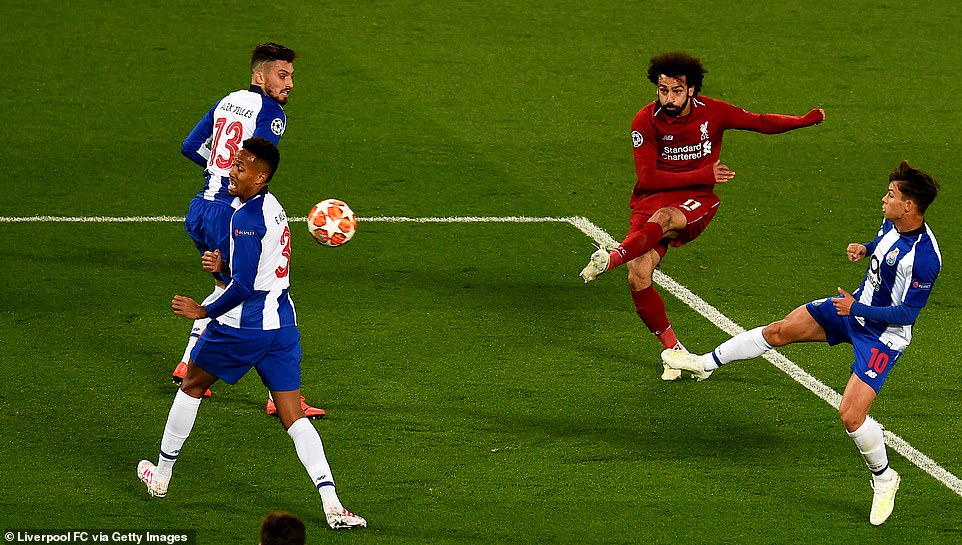 Mohamed Salah went close with a curling effort around the Porto defence, but his shot was marginally off target 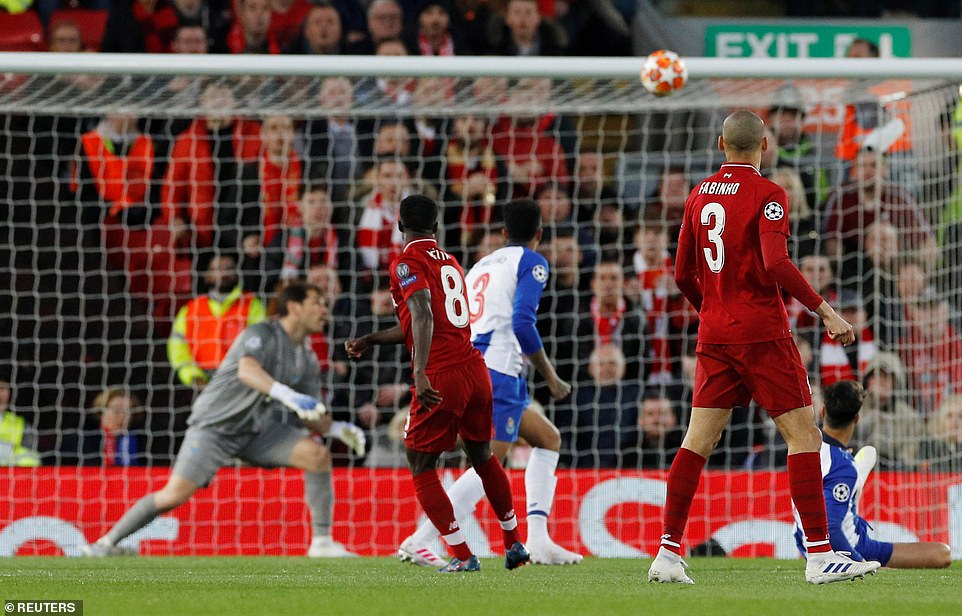 Naby Keita broke the deadlock by striking from the edge of the area just five minutes in, with the ball taking a large deflection 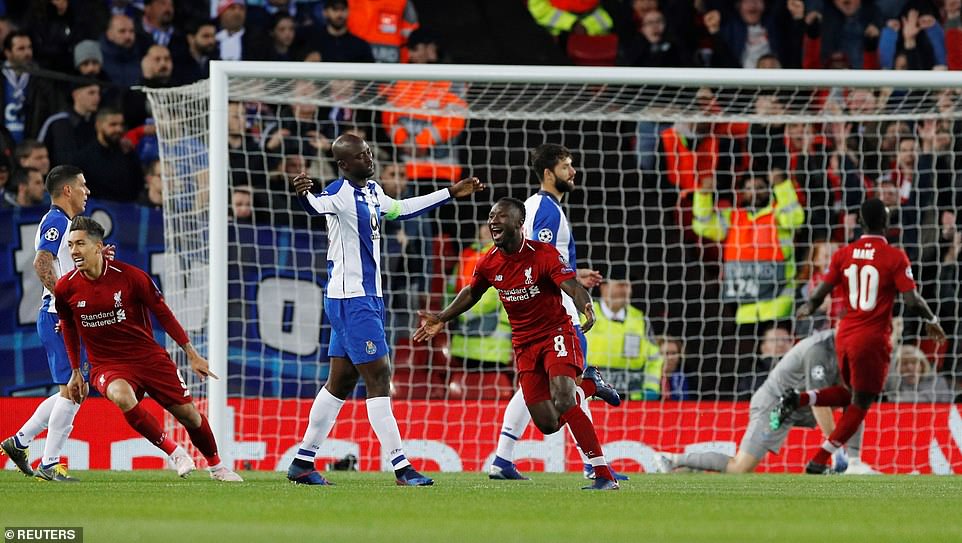 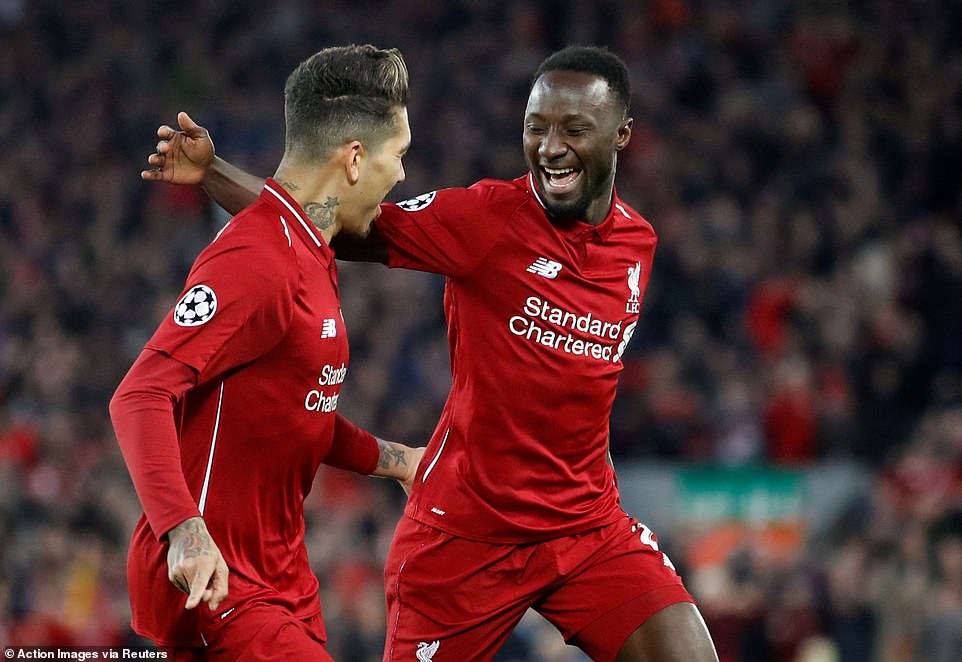 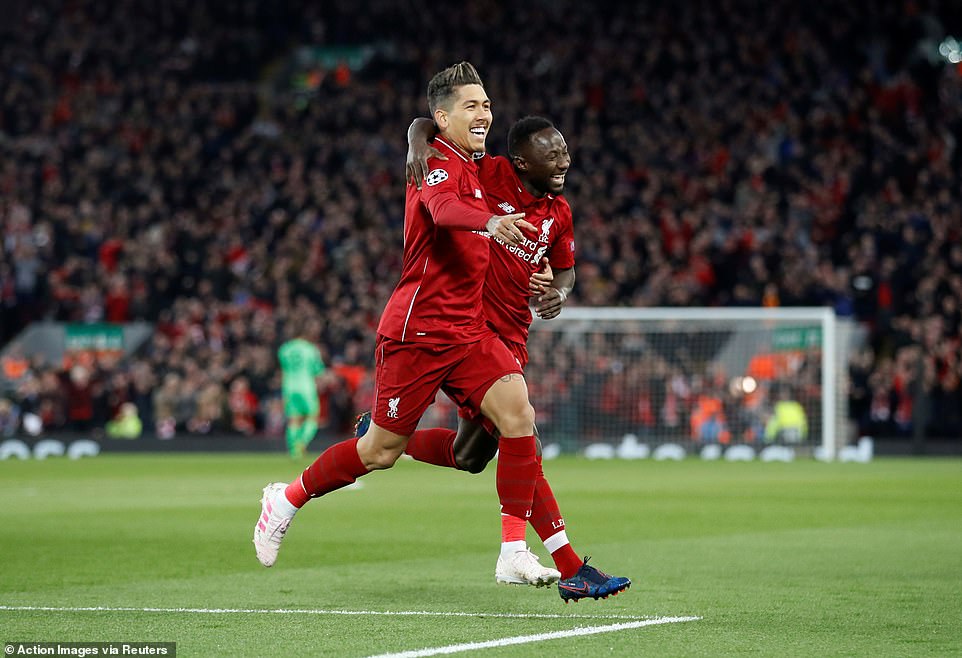 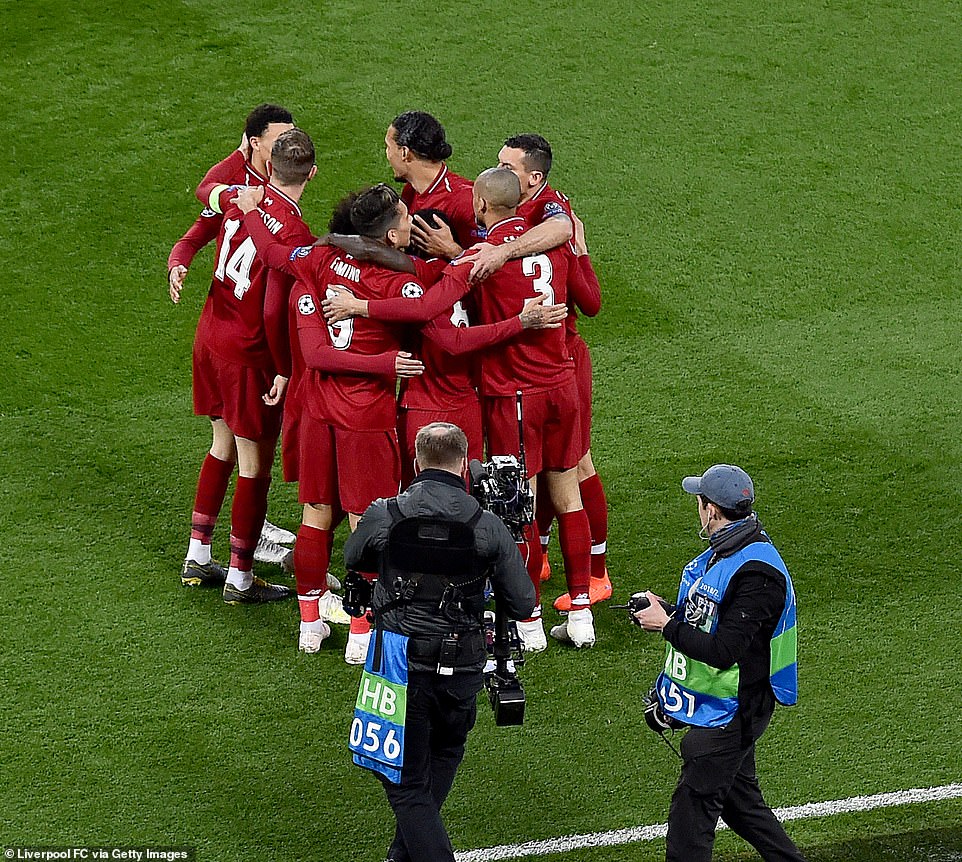 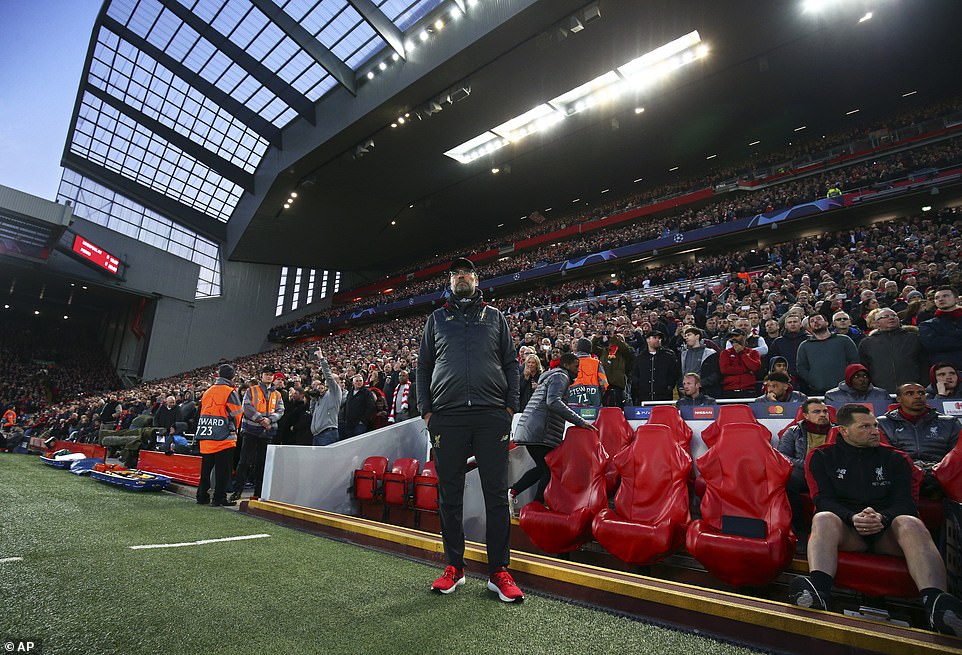 But Liverpool were more accurate as James Milner swung a clever first time pass with his right foot out to Sadio Mane on the left wing. Mane’s subsequent pass square to Firmino afforded the Brazilian time and space to shoot but he chose not to and when his short ball found Keita to his right the subsequent shot ballooned up off Porto midfielder Oliver Torres and in to the top corner.

If the goal carried a touch of fortune, Liverpool looked in the mood to make the most of it and Salah twice threatened in the 20 minutes that followed.

One shot – a falling volley – was saved reasonably comfortably by Iker Casillas while another was poked wide after he was set free on goal by an errant back pass. That one was a chance that should have been taken but five minutes later it was forgotten.

Receiving the ball 35 yards from goal on the right side, Jordan Henderson looked set to shoot. Instead the Liverpool captain produced the decisive pass inside the full-back and when Trent Alexander-Arnold drove the ball low across goal to the far post Firmino could not miss from four yards. 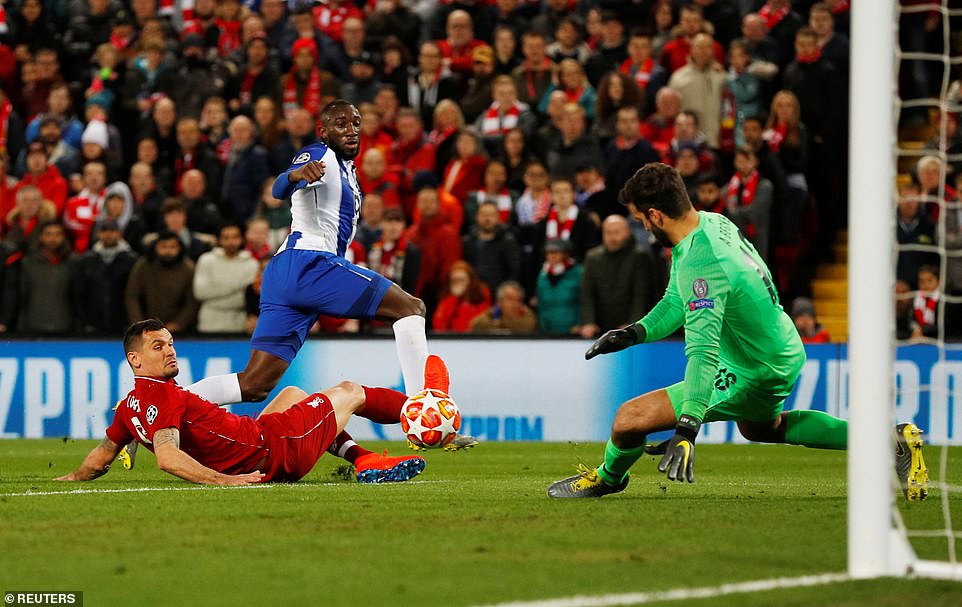 Porto had plenty of chances in the first half, and almost made a breakthrough when Moussa Marega nearly beat Alisson 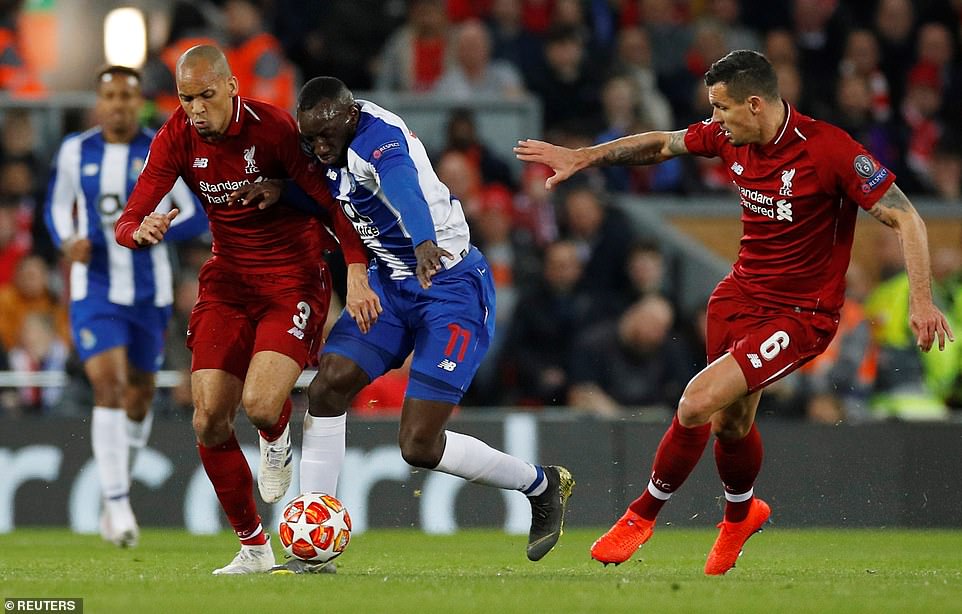 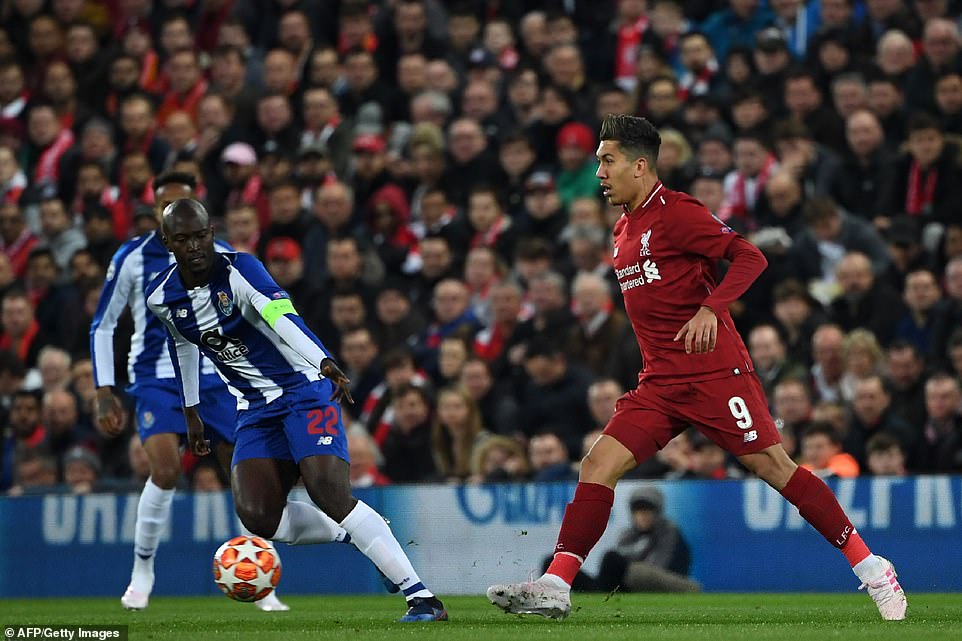 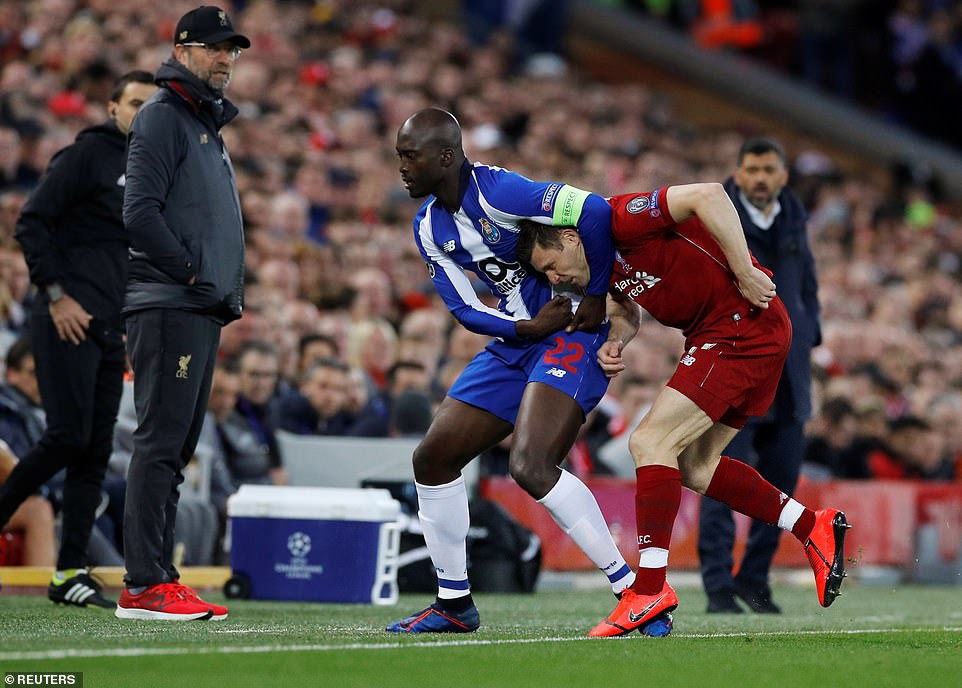 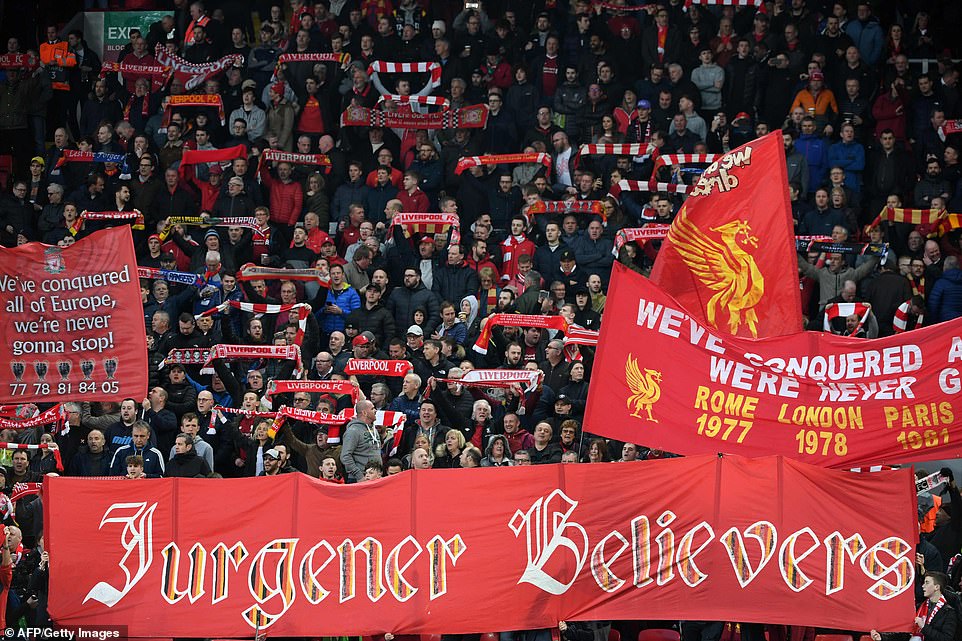 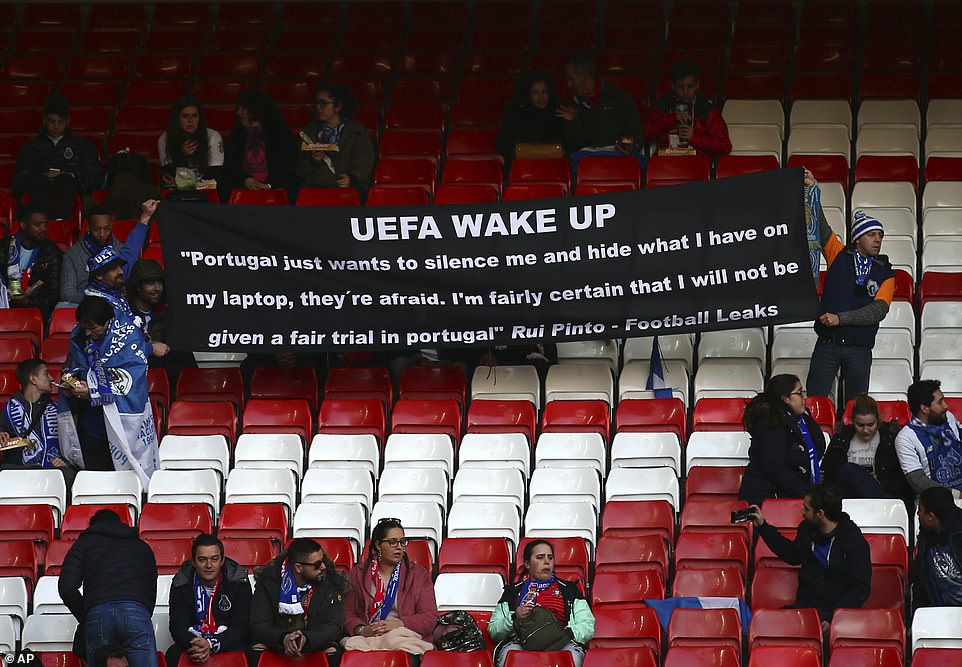 Porto fans in the Anfield Road end of the stadium unfurled a banner about Rui Pinto, the man behind Football Leaks 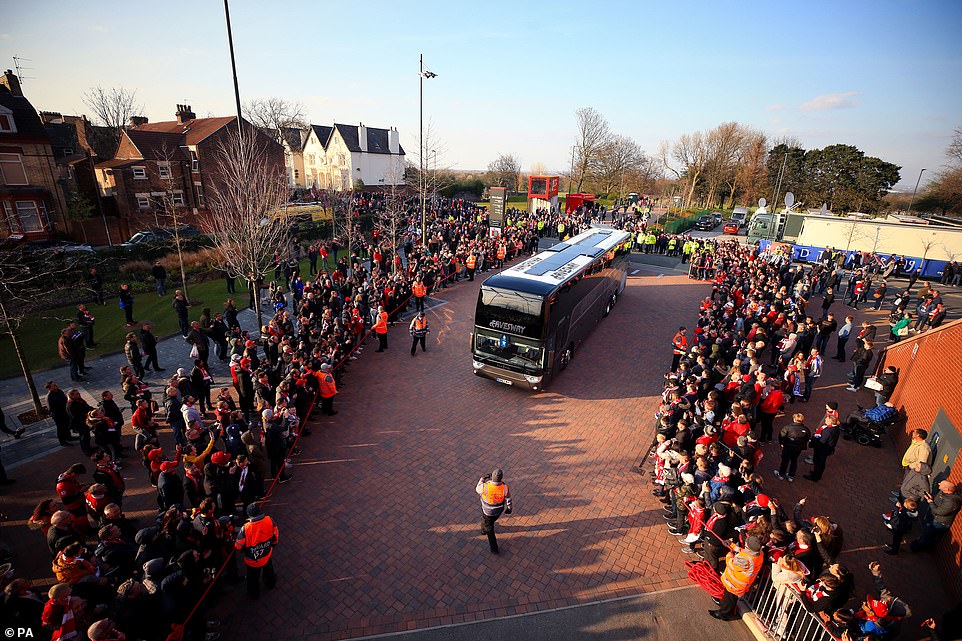 Porto arrived in their team bus early to Anfield, where they were met by a congregation of home and away supporters

In nineteen previous visits to England, Porto had never won and the goals conceded here were the 50th and 51st shipped in those games. Despite this, they were not without hope when they had the ball.

Shortly after Liverpool’s second goal, Marega was played clear only to be denied by the foot of home goalkeeper Alisson. Then, after VAR had turned down a penalty appeal for a suspected Alexander-Arnold handball, a corner was seized upon by Marega only for his shot on the turn to be held by the Liverpool keeper in front of the Kop.

For all that Liverpool had looked comfortable, these were real chances and if anything fortifies Porto ahead of the second leg it will be the number of times they managed to fashion openings. There were fewer of them in the second half but Liverpool also faded as an attacking force the longer the game went on.

Keita, Henderson and Firmino were probably the home team’s outstanding performers while Mane was adjudged to have been offside – maybe by about three inches – when volleying in another excellent delivery from the Liverpool skipper early in the second half.

On the whole, a two-goal victory felt about right and for once there was no dramatic twist at the death. It will never catch on.