Alisson has celebrated his birthday very early after being presented with a cake just two minutes after midnight.

His wife, Natalia Becker, uploaded a photograph of him holding a chocolate cake with a white crust and topped with strawberries and candles to her Instagram account in the early hours of Tuesday morning.

The Liverpool stopper, who was temporarily the most expensive goalkeeper in the world after his £65million summer move, was also surrounded by balloons. 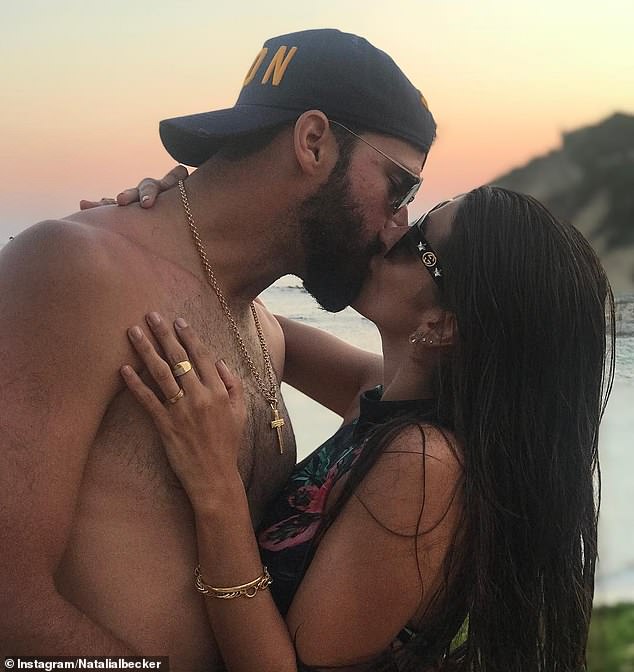 His wife, Natalia Becker, uploaded a photo of him holding a chocolate cake with a white crust

Those featured the letters ‘AB’ on them, his initials, and showed the levels his wife had gone to for the celebrations.

She captioned up the image: ‘Happy bday my love’, and added a time-stamp to it of ’00:02′, showing how quickly she had congratulated him. 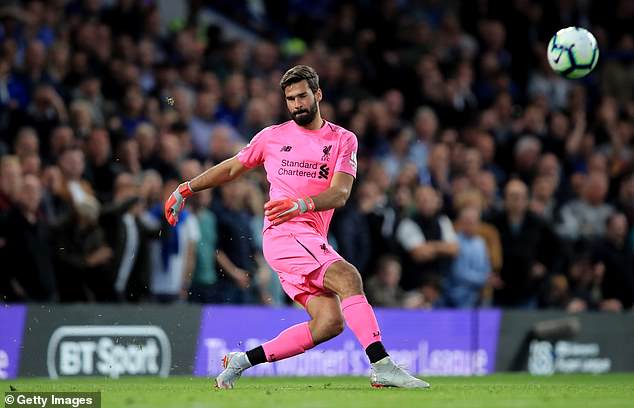 He was involved at the weekend as Liverpool managed a draw against Chelsea at Stamford Bridge and impressed, making a series of crucial saves.

The Brazilian also watched on as Daniel Sturridge picked out the top corner of Kepa’s net during the last minute of the game.

He should also be involved in the crunch clash against Manchester City at Anfield on Sunday afternoon.