Liverpool and Roma charged by UEFA for crowd disturbances

Liverpool and Roma have been charged by UEFA following crowd disturbances at the Champions League semi-final first leg between the teams at Anfield.

The English Premier League side have also been charged over the throwing of objects and setting off of fireworks.

The case will be dealt with by the UEFA Control, Ethics and Disciplinary Body on May 31.

UEFA said both clubs have been charged under Article 16 (2) of the governing body’s disciplinary regulations. The crowd disturbances charge covers no specific incident.

Liverpool fan Sean Cox remains in a critical condition after being attacked before the Champions League first leg tie on April 24.

Cox, a 53-year-old businessman from Dunboyne in Ireland, suffered serious head injuries in an incident outside Anfield and is being treated at the Walton Neurological Centre.

Fighting erupted near The Albert pub, close to the ground, shortly before kick-off, where it is believed Cox, attending the match with his brother, was hit with a belt and fell to the ground at 7.08pm. 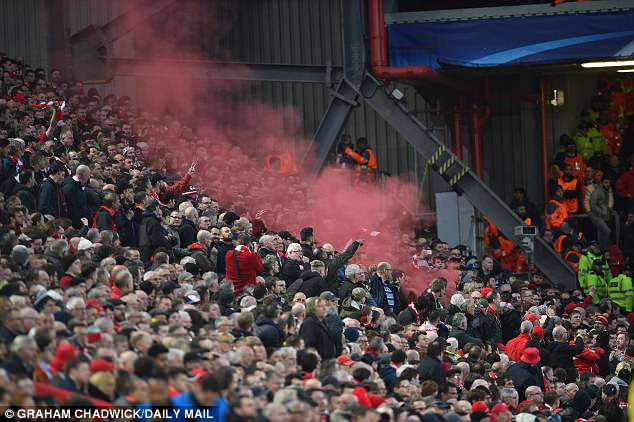 Two Italian men have been remanded in custody after appearing in court charged in connection with the incident. The case was sent to Liverpool Crown Court, where both men will appear on May 24.

Police investigating the attack are appealing for CCTV and camera phone footage.

Liverpool won the first leg 5-2 and went on to secure a place in Saturday’s Champions League final despite losing the second leg in Rome 4-2, as the Reds progressed 7-6 on aggregate.

Following the match at the Stadio Olimpico, which saw increased security measures for visiting supporters, the Liverpool team posed on the pitch with a banner reading ‘Sean Cox – You’ll Never Walk Alone’.