Jordan Henderson has criticised the decision not to move Liverpool’s Wembley showdown with Manchester City and hopes FA Cup semi-finals will return to neutral venues.

Liverpool captain Henderson has spent this week studying the ramifications of no train travel to London from the north over the Easter weekend and is disappointed a solution – which would have seen the tie played closer to home – has not been found.

The Football Association announced on Friday they would be providing 100 free buses, split evenly between both clubs, to provide a route to Wembley; the services, which will run from Anfield and the Etihad Stadium, are expected to ferry 5,000 supporters to the stadium. 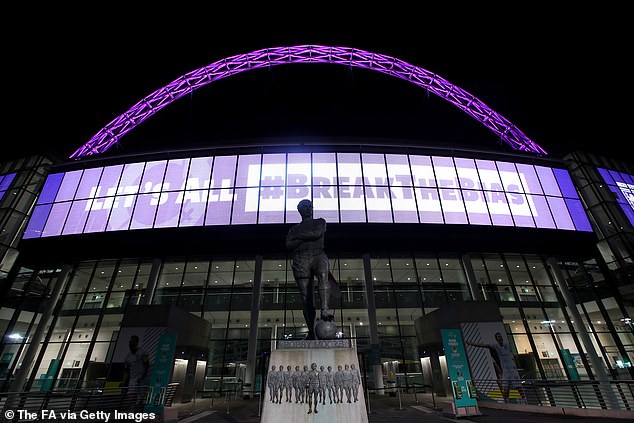 The semi is due to take place at Wembley Stadium in London on April 16, meaning fans from the north-west will have to travel down despite there being no train travel on Easter weekend

City have already said they will put on 50 coaches, that fans will have to pay for, to get to London, while Liverpool are still formulating plans for what they will do to assist the journeys of their followers.

Kick-off on April 16 has been brought forward to 3.30pm and – with only a handful of Premier League games being staged on that Saturday afternoon – there is special dispensation for the match to be broadcast live during what would usually be a blackout.

It is, however, a far from satisfactory outcome, with Liverpool and City fans united in their criticism. So it was significant that Henderson, who will start in England’s friendly against Switzerland at Wembley on Saturday, spoke with such purpose on the subject.

‘I’ve been thinking a bit more about the fans,’ said Henderson. ‘I think in many ways it’s their day and (it’s tough) not being able to get down to London for different reasons – the cost (that’s involved) of that.

‘So, in my head, it would make sense obviously change it to a (different) neutral venue – especially with it being two teams from the north-west. That’s just my opinion. There’s obviously complications within that, which I’m sure the FA have got to overcome.

‘But looking at the situation as a fan – which is probably the most important thing for me and something that we’ve learned over the past couple of years how important the fans are to football – that it is really disappointing to see that it’s a struggle. It’s got to be expensive for them to get there.’ 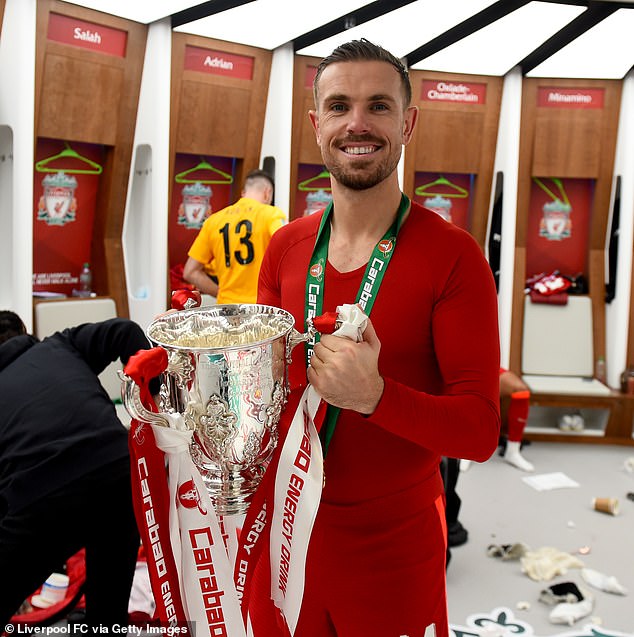 Sportsmail reported on Tuesday that the FA had been warned six months ago about the engineering works that would make London Euston inaccessible but no consideration was given to playing the penultimate round of the competition elsewhere.

The last time neutral venues were used for the last four was 2007, when Manchester United played Watford at Villa Park and Chelsea travelled to Old Trafford to face Blackburn. Since then, every semi-final has been staged at Wembley and Henderson played in one in April 2012.

That was when Liverpool and Everton fans had to travel from Merseyside for a lunchtime kick-off on a Saturday and as much as Henderson remembers that occasion fondly – Liverpool won 2-1 – he believes the sheen is taken off the final itself because teams have already been to Wembley.

‘To be honest – and, again, this my opinion – I love playing at Wembley,’ said Henderson. I think it’s fantastic occasion, a fantastic stadium. But, for me, I would like to keep Wembley for finals anyway. I think (we should) play semi-finals at neutral grounds, like it used to be.

‘I think that was quite exciting, quite good and then obviously the final at Wembley to make it extra special. That’s just my opinion, that’s a different topic. But it’s disappointing for the fans and I know the FA have changed kick-off time to try and help.

‘They have also put coaches on for the fans to get down, for both Liverpool and City, which hopefully helps. But yes, it’s not ideal for the fans for sure.’