Liverpool captain Jordan Henderson will appreciate the biggest match of his career to date all the more knowing the roller coaster he has been on to get there.

The England international will lead out Jurgen Klopp’s side against Roma in their Champions League semi-final first leg at Anfield on Tuesday evening.

And it is a measure of how far his career has come considering just a year into his spell at the club he was told by then manager Brendan Rodgers he was to be sold to Fulham as part of a failed deal to bring in forward Clint Dempsey.

Henderson has endured some tough times since then, most notably from some of the club’s own fans, but having taken over the armband from Steven Gerrard the arrival of Klopp and a change of role has paid dividends.

‘This is what you play football for, to play in games like this against top European sides,’ he said.

‘You dream about playing in the Champions League and playing in huge games like this.

‘You have to give everything you have got, always have belief that no matter what state the game is in, how well or how poor you might be doing, that you believe you can come through and get through to the final or through to the next leg in the best shape possible. 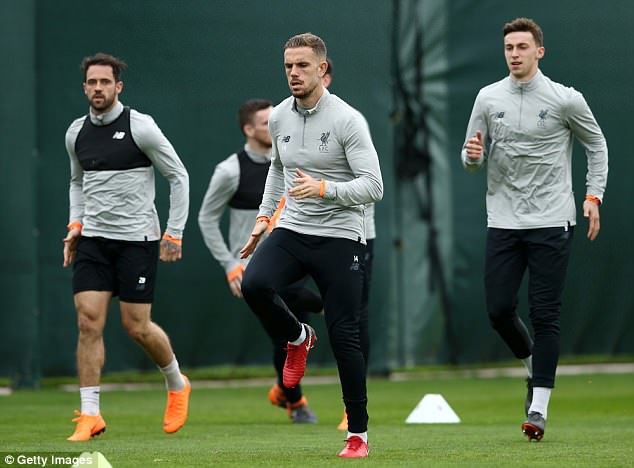 ‘As a footballer, moments like this you dream about playing in and when it comes everything before it, every struggle, every test that you have had will put you in good stead for a game like this.’

One of the key factors in deciding whether they make it to Kiev next month will be the form of 41-goal forward Mohamed Salah, the newly-crowned Professional Footballers’ Association Player of the Year.

Henderson believes Liverpool can keep the Egypt international out of the clutches of European rivals by creating their own history with him.

‘He’s up there with the world’s best so obviously there will be other clubs who want to take him away,’ said Henderson, who revealed he voted for Manchester City’s Kevin De Bruyne – Salah’s main rival – for the PFA award. 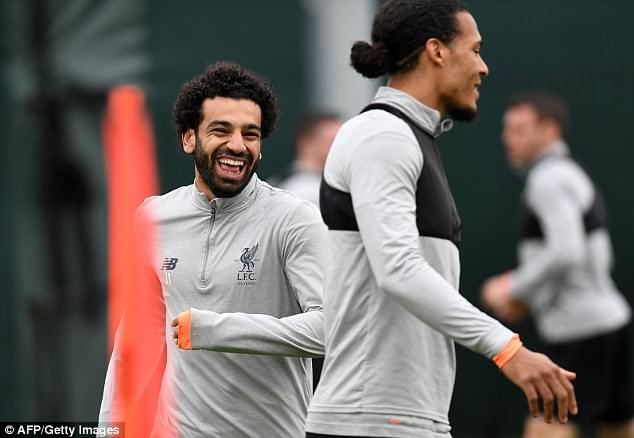 ‘But I feel like he’s in a great place with a great set of lads and a great manager going in the right direction.

‘He’s been fantastic throughout the season. His record and his stats speaks for themselves.

‘He’s been a massive player for us this season and hopefully he can continue that form over the next few weeks.’