A Liverpool fan whose offensive banner of Divock Origi prompted a police and club investigation has had his temporary ban lifted.

The PA news agency understands the supporter is now free from suspension from all matches involving the Reds after agreeing to undergo an education course with football’s equality and inclusion organisation Kick It Out.

He will also attend a session within the club’s community programme as part of the resolution.

Liverpool had condemned the Photoshopped banner of the striker for ‘perpetuating a racial stereotype’ when they became aware of its presence prior to the Champions League match at Genk last month.

However, the incident was not logged with UEFA’s match delegate and therefore cannot be subject to disciplinary proceedings by European football’s governing body.

No reference was made to the banner in the official reports that were submitted to governing body’s base in Lyon and that meant they were unable to open a case.

Liverpool temporarily suspended the fan responsible for the banner. It is understood the supporter has been denied access to any of the Reds matches, home or away, after a meeting of the club’s Sanctions Panel. 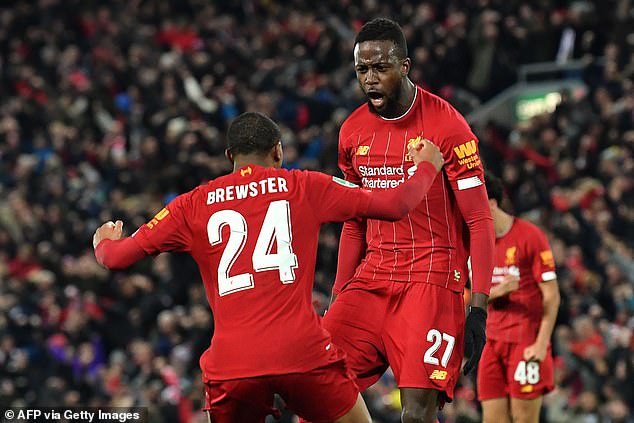