Liverpool supporters were attacked prior to the opening Champions League group game with Napoli after being targeted by men on scooters.

The Reds had sold out their allocation for the trip to Naples, with thousands of supporters making the journey to the Stadio San Paolo for Tuesday’s encounter.

However, a section of fans were reportedly surrounded by men on scooters during the afternoon of the match and attacked with belts, a short time before another group had glass bottles thrown at them, according to the Liverpool Echo.

Travelling fans had been warned to be vigilant when arriving in the Italian city, and to navigate Naples in groups rather than venturing alone.

It is reported the ‘ultras’ of the Italian club were on the lookout for visiting fans who had made themselves identifiable by sporting club colours.

A fan present as the attacks took place told the Liverpool Echo: ‘We were just trying to have a quiet drink before going to the apartment and had just paid our bar bill. 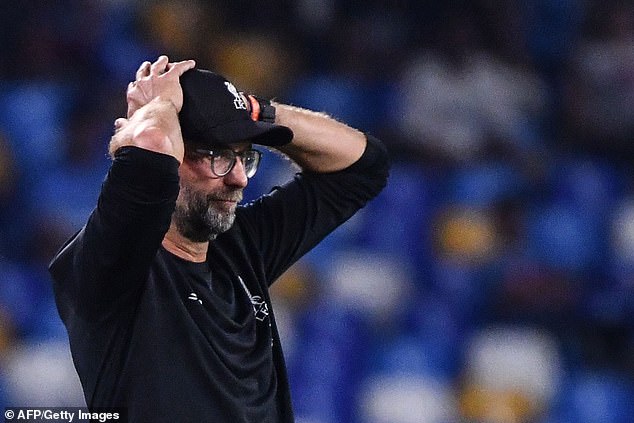 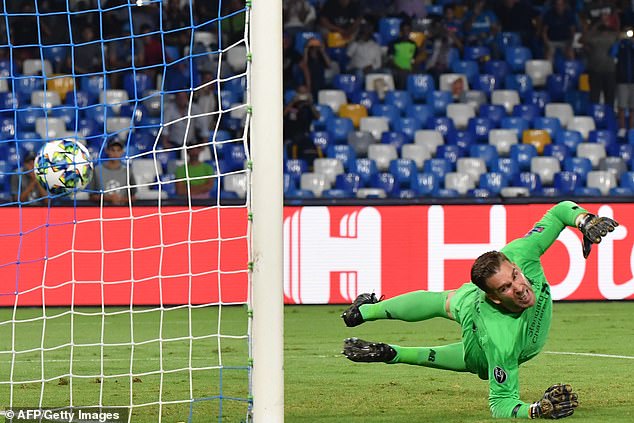 ‘Next minute we could see about 10 scooters flying down. They slowed right down and their faces were covered with scarves and helmets.

‘Next second they are jumping off swinging belts towards us. Must have all happened in 90 seconds but some lad got hit by a belt.

‘Twice I’ve had bother here now. I am never coming back.’

A spokesperson for Merseyside Police confirmed the incident and said: ‘We can confirm two Liverpool fans were reported to have been assaulted in Naples earlier today (Tuesday 17 September).

And FYI the lads who got attacked weren’t wearing colours, they are scouse lads who go everywhere. just pointing out to those who ARE here wearing replica shirts that it’s easy to put other people in danger by association or being stood next to them on the street

‘At around 6pm local time (5pm GMT), it was reported a number of males on scooters approached the fans at a bar in the city before assaulting them.

‘Two men from the UK, aged 26 and 46, sustained superficial cuts and grazes to the head and were treated at the scene before continuing to attend the match.’

Another supporter at the match, Jen Singh, wrote on Twitter at the time: ‘Just saw a group of our lads get attacked by Ultras near the port. Rode up on scooters; jumped off swinging belts.’

Liverpool also faced Napoli in the group stages of the competition last season, losing in Italy before winning the reverse at Anfield.

Tuesday’s fixture saw the Serie A side take a 2-0 victory, courtesy of a late penalty from Dries Mertens and a Fernando Llorente strike after costly defensive errors.