Liverpool sensation Harvey Elliott has been lavished with praise after the 18-year-old produced an outstanding performance on his first Premier League start – with some claiming he is an England certainty and already better than Jack Grealish.

Fleet-footed Elliott showed an abundance of energy and trickery to help the Reds roar past Burnley with a 2-0 win at Anfield, including an eye-catching early pass that allowed Mohamed Salah to score before the strike was ruled out by VAR for offside.

One admirer gushed: ‘Every single one of them was magnificent today but I’ve seen the future and it’s Harvey Elliott.’

Fans were very impressed by his performance against Burnley, comparing him to Jack Grealish

On a testing slick surface, Elliott showed control and composure to receive a ball from Virgil van Dijk on the wing and locate fellow wideman Trent Alexander-Arnold for Liverpool’s second goal.

The full-back duly set up Sadio Mane to seal a memorable afternoon for Liverpool and Elliott that drew some viewers to compare him favourably to £100m Manchester City signing Grealish. 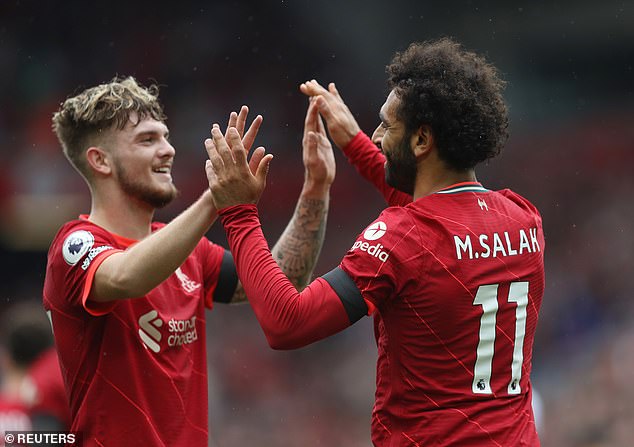 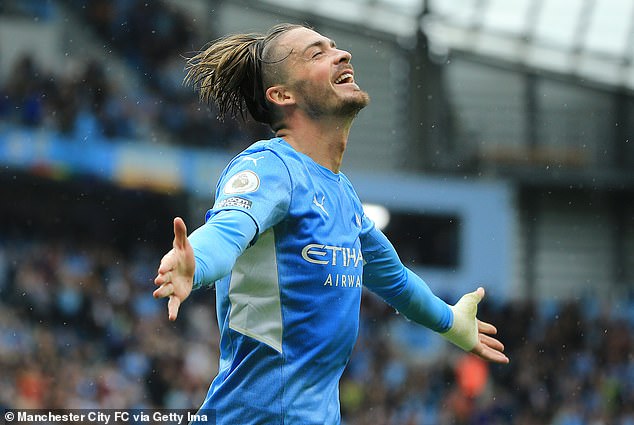 ‘Harvey Elliott is what City fans pretend Jack Grealish is,’ lauded one, while another predicted: ‘Harvey Elliott walks into the England squad at some stage this season’.

A Liverpool supporter praised the quality of his passing, adding: ‘Harvery Elliott tries the difficult passes. And a lot of the time he executed. Very talented footballer.’

Other Reds fans were equally rejoiceful, with one posting: ‘Harvey Elliott is 18, it’s his first start at Anfield for Liverpool, he’s been volleyed by the opposition at every opportunity, and he’s still been excellent. Some player we’ve got there y’know.’

Others were impressed by Elliott’s bravery and vision, including a part in his side’s second goal 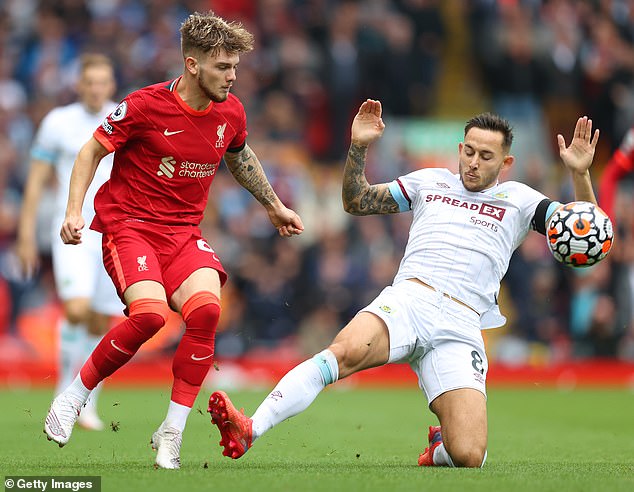 ‘He played as if he’d played 100 games,’ the ex-England targetman told BT Sport. ‘He didn’t look out of place. I can’t pay him any higher compliments.

‘He was similar to how Alex Oxlade-Chamberlain was before the injuries. He’s going to play a big part this year. He’s got every right to start the next game.’

Ex-Liverpool playmaker Joe Cole agreed, purring: ‘He can move. He’s a lovely technician. I think Jurgen Klopp will lean on him this year, although he won’t be a regular.

‘It was a show of faith from the gaffer today and [Elliott] covered the most ground on the pitch.’