‘What a comeback for the kid… Klopp must think the world of him’: Liverpool fans rejoice at Harvey Elliott’s selection in Reds’ starting XI for Champions League last-16 first leg clash at Inter Milan


Harvey Elliott’s inclusion in Liverpool’s starting XI for Wednesday night’s Champions League tie with Inter Milan has caught the eye of their supporters, with many excited by the prospect.

Elliott has been named in a three-man midfield alongside Fabinho and Thiago Alcantara – in what will be his first-ever European outing for the club.

It is a show of faith in the 18-year-old by Jurgen Klopp and a decision that the Reds’ passionate fanbase are delighted with. 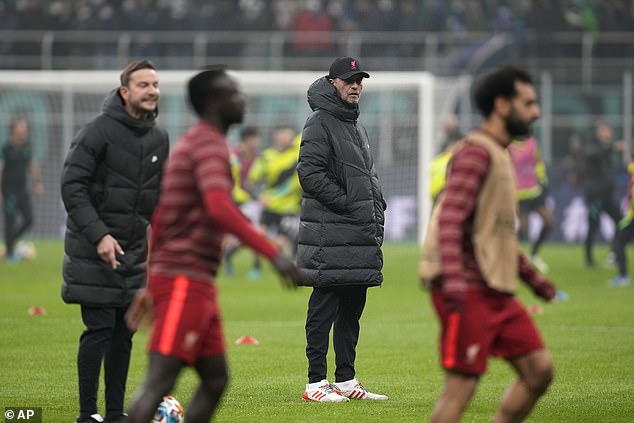 Taking to Twitter, one fan wrote: ‘Harvey Elliott starts. What a comeback for the kid, and Klopp must think the world of him.

‘What a stage to show his class.’