RB Leipzig’s stadium announcer is an expressive sort of chap. Brylcreemed hair and bright red blazer, he often has the air of a man who could probably cut down on the energy drinks.

When he called out Naby Keita’s name on Wednesday night, the announcer did a little jig on the balls of his toes. It seemed to be an impression, albeit in the broadest sense of the word, of the way Keita moves: all twinkle toes, slaloms and sudden diagonals.

On Wednesday, though, Keita was less twinkle-toed and more charging red bull. Early in the second half, the Guinean midfielder picked up a second yellow card for a second clumsy foul, and was sent off by referee Felix Zwayer.

It was a moment which changed the game, ultimately tilting it in Bayern Munich’s favour. It was also a familiar feeling for Keita.

The young midfield star, who will join Liverpool next summer, has now been sent off three times in the last 39 days.

That is quite a statistic, and one which may be causing a ripple of concern around Anfield. Keita’s quality is not in doubt, but have Liverpool bought a player who will be constantly picking up suspensions at the wrong time?

Keita’s coach at Leipzig Ralph Hasenhuttl has been quick to defend his player, dismissing suggestions that he has a disciplinary problem. 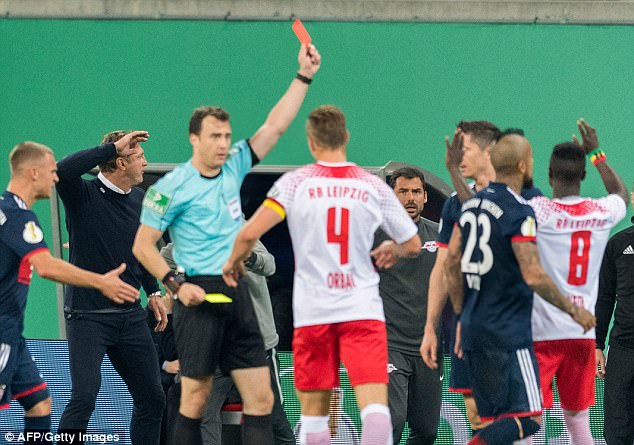 ‘We should be careful not to stigmatise Naby,’ said Hasenhuttl after Keita received his second red card of the season while on international duty this month. ‘This red card was a joke, it doesn’t worry me.’

Perhaps not, but some Liverpool fans would have every right to be worried if they took the other two red cards in isolation. If nothing else, they betray a little too much recklessness.

When your boot collides with an opponent’s face, as Keita’s did with Christoph Kramer’s against Borussia Monchengladbach, it is never a joke, regardless of the intention. At best, it is rash and clumsy.

Likewise Keita’s latest red card against Bayern on Wednesday night. It was a sending off which infuriated the Leipzig fans, and led Ralph Hasenhuettl to accuse the referee of ‘double standards’, but in truth, they could have little quarrel with the decision per se. 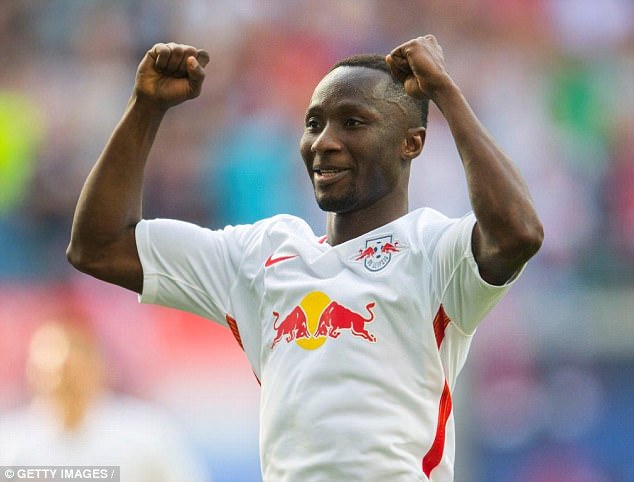 Keita had earned his first yellow card by clattering into Thiago a good decade or two after the Spaniard had played the ball. The second yellow was softer, but replays showed clearly that Keita had tugged Robert Lewandowski’s shirt to stop a Bayern counter attack. It was a cynical foul, deserving of a booking.

Yet Keita is no Roy Keane, nor even a Granit Xhaka. The high energy, pressing football favoured by Hasenhuttl and Jurgen Klopp suit him to a tee, and there is a physical side to that game as well. For all the twinkle in his toes, Keita also has that physicality.

As a defensive midfielder who roams forward, he is both the target of rough and tumble and the bulwark against it. ‘Naby is a player who is often provoked; people try to get a reaction,’ said Hasenhuttl recently.

On Wednesday, certainly, there was a sense that Bayern had at least sub-consciously tried to unsettle Keita. Prior to his foul on Thiago, the Guinean himself was twice bulldozed, first by Arturo Vidal and then by Corentin Tolisso. 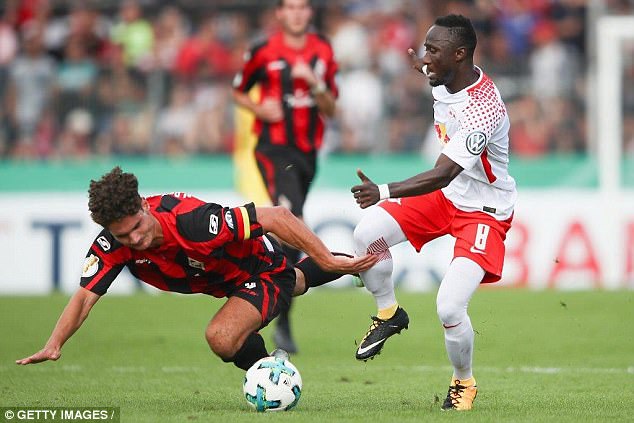 Perhaps the array of bruises under his knees played a role in the clumsiness of his later challenges. Players like Vidal – and before him Mark van Bommel – are professional foul merchants.

They niggle their opponents, but often take a while to receive their first yellow card, never quite going in hard or late enough for the referee to reach into his pocket. Keita is yet to develop this brand of skulduggery. Twice this season, he has been booked in the opening 15 minutes of a game.

As he showed against Bayern, he fouls with his heart on his sleeve. Let us not forget that the man is just 22 years old. After what has undoubtedly been one of the craziest periods of his life, perhaps it would be wise to forgive him the odd reckless tackle.

‘It would worry me more if he suddenly stopped going into challenges,’ said Hasenhuettl this month. One imagines Jurgen Klopp would entirely agree.