Coutinho handed in a transfer request to force through a move to Barcelona in January 2018 and Liverpool fans have not forgotten his decision to turn his back on the club.

The Brazilian playmaker turned 27 today (on Wednesday) and Liverpool fans took the opportunity to mock their former player. 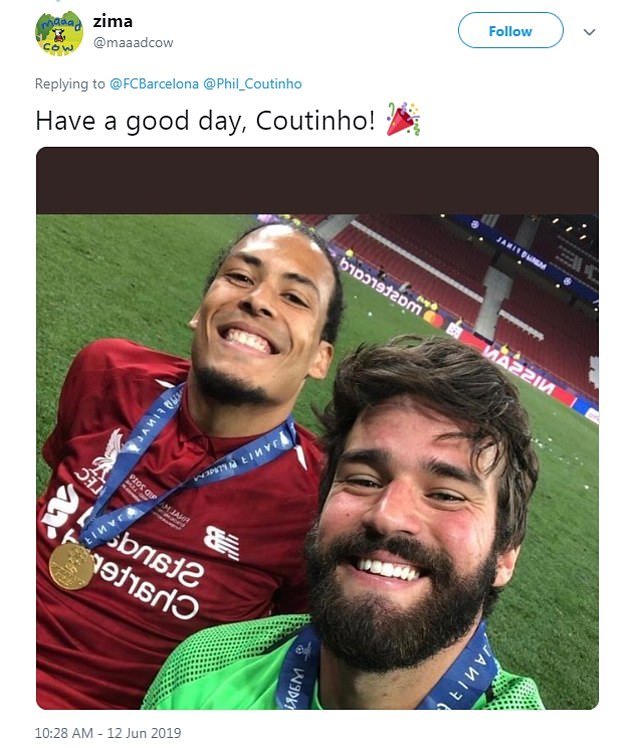 Barcelona tweeted ‘Happy Birthday Coutinho’ with a GIF of their £146million signing and then Liverpool fans quickly posted their response.

One Liverpool fan wrote ‘have a good day, Coutinho’ along with a picture of Virgil van Dijk and Alisson (two players the club bought with the funds raised from the Brazilian’s departure) celebrating after their Champions League final win.

Anfield96YNWA also rubbed salt in the wound by posting a picture of Mohamed Salah hugging the Champions League trophy following their win over Tottenham.

Coutinho’s future remains up in the air after what proved to be a difficult first full season at the Nou Camp. 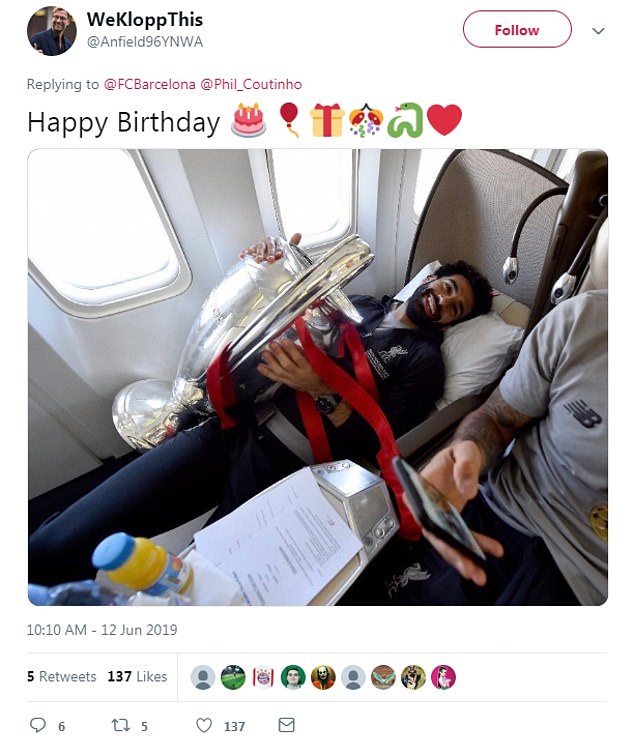 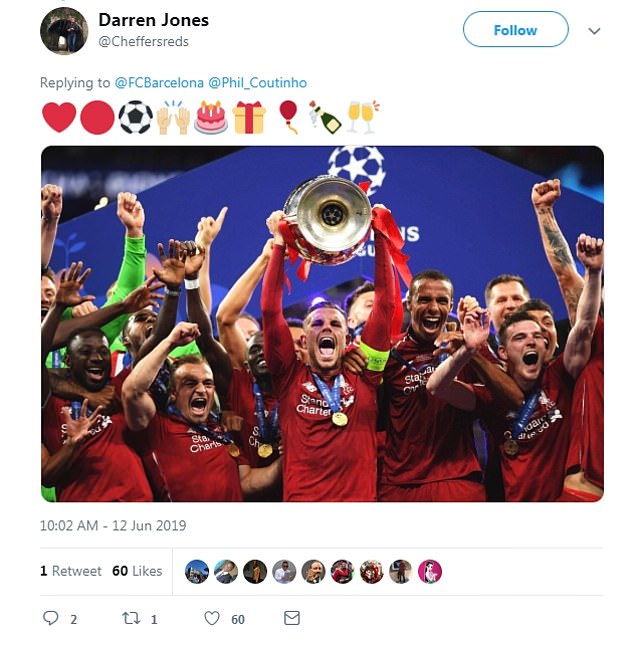