It was another devastating exhibition of Liverpool’s attacking power, a performance that saw them through to the quarter-finals of the Champions League with 90 minutes to spare.

Porto are no slouches – they are the current leaders in the Portuguese Primeira Liga and seasoned European campaigners who have given plenty of Premier League sides trouble over the years.

Yet on Wednesday night they were swept away by a hurricane-force front line that would give the defenders of any European team sleepless nights right now. 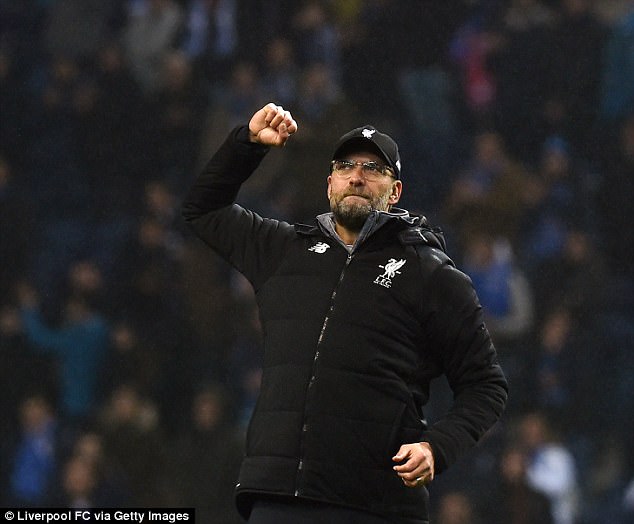 We had the MSN of Lionel Messi, Luis Suarez and Neymar at Barcelona. Perhaps Liverpool could have the MSF – Sadio Mane, Mohamed Salah and Roberto Firmino.

They were all on target at the Estadio do Dragao, with Mane scoring three and the others one apiece. The interplay between the trio was a joy to behold. Well, for everyone expect Porto’s beleaguered defence.

And the impressive numbers of all three continue to climb at a furious rate. Salah scored his 30th goal of the season in all competitions against Porto, becoming the fastest Liverpool player to that landmark since George Allan way back in the 1896-97 season.

His return has come in 36 games and the Egyptian has also chipped in with eight assists. He may have been a club record £37m purchase when signed from Roma last summer, but nobody will argue he hasn’t been worth every penny. 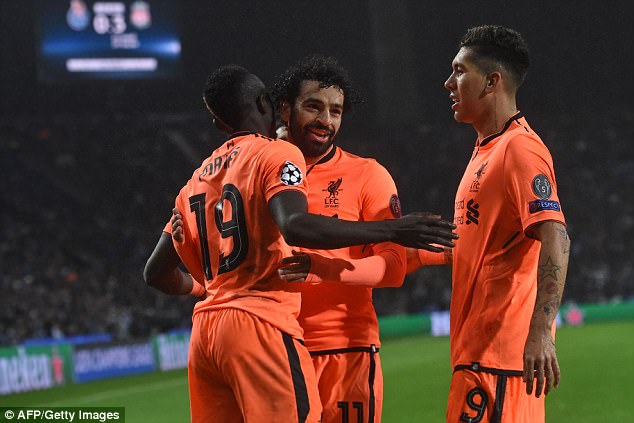 All three of Mane, Salah and Firmino are firing on all cylinders at the moment for Liverpool 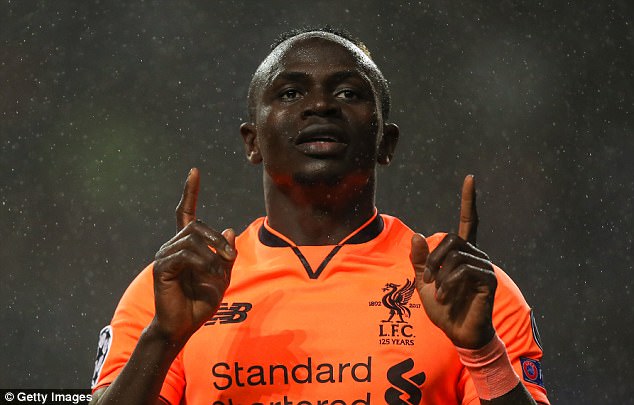 Mane was the star of the show against Porto, scoring three times in the 5-0 victory

Are Reds missing Coutinho at all?

All competitions for Liverpool prior to his move to Barcelona

Also eye-catching is the deadliness of Salah’s finishing – he’s put away one in five of his shots this season, putting him right up there with the very best in Europe.

Of all the goals Salah has scored this season, his one against Porto, when he practically juggled the ball into the net, will be replayed for years to come.

Firmino is another in an excellent moment of form. He scored Liverpool’s fourth on Wednesday night for his 21st of the season and his razor-sharp creative instincts have led to 11 assists on top of that.

The Brazilian has scored goals frequently in the Premier League of late but seems to excel in the Champions League, where his seven goals put him level with Tottenham’s Harry Kane in the top scorer charts, the pair of them second only to Cristiano Ronaldo’s 11.

Firmino is a dynamo of energy in the Liverpool front line and, remarkably, has missed only two of Liverpool’s matches this season. He remained on the bench in their home draw with Chelsea back in November and was given a breather for the EFL Cup loss at Leicester City. 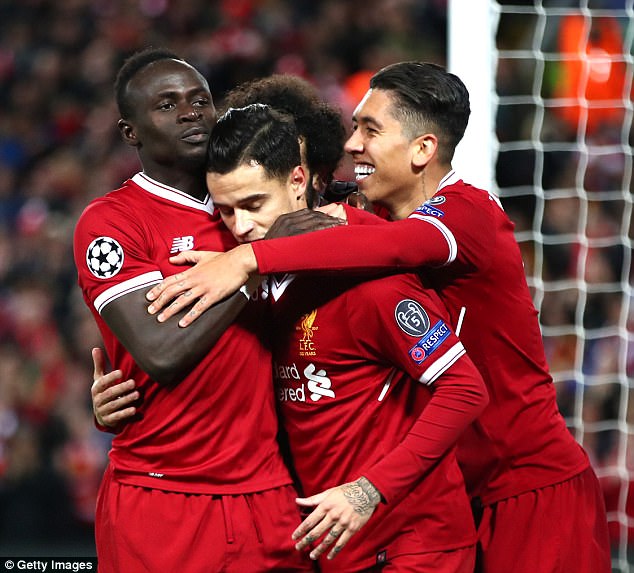 Philippe Coutinho, pictured celebrating with Mane and Firmino during the game with Spartak Moscow in December, may have left but Liverpool don’t look diminished 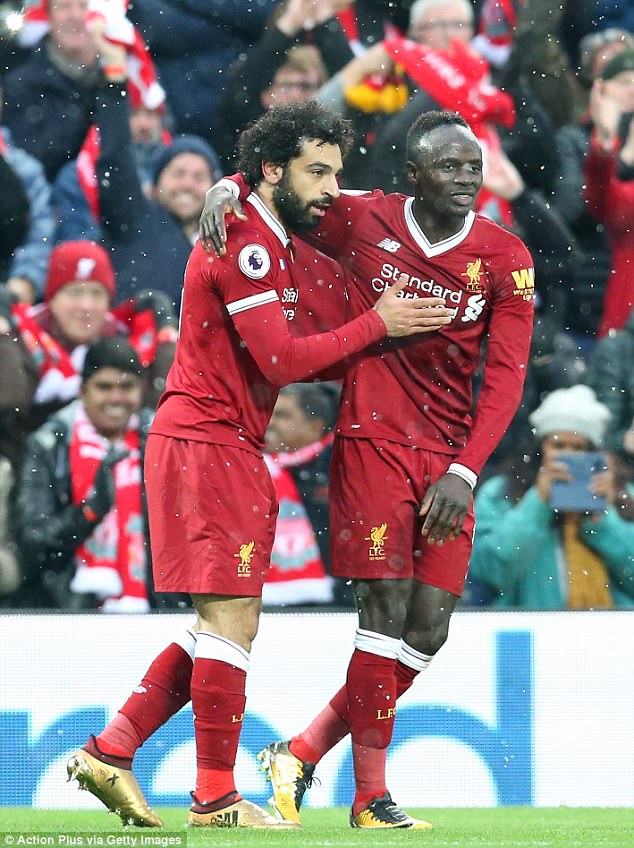 It’s clear that Klopp really appreciates him – the German is always ready with a smile and a hug after good performances – and Firmino actually has a slightly superior shot conversion rate to Salah, albeit from fewer shots.

Then there’s Mane, the real star of the show in Portugal. A blistering hat-trick, crowned by an unstoppable strike from range that the Porto keeper Jose Sa barely reacted to, returned him to top form.

Mane has had it the hardest of Liverpool’s forward options – he was sidelined for five matches with a hamstring injury in the autumn, was briefly suspended before that and has warmed the bench more than the others.

It explains his lesser returns of 12 goals and seven assists from 28 matches, but the Senegal forward is seemingly making up for lost time now Philippe Coutinho has moved on to Barcelona and freed a place.

Ah yes, Coutinho. So on the evidence of Wednesday night, Liverpool probably aren’t going to miss the player they sold to Barcelona for £145m too badly. 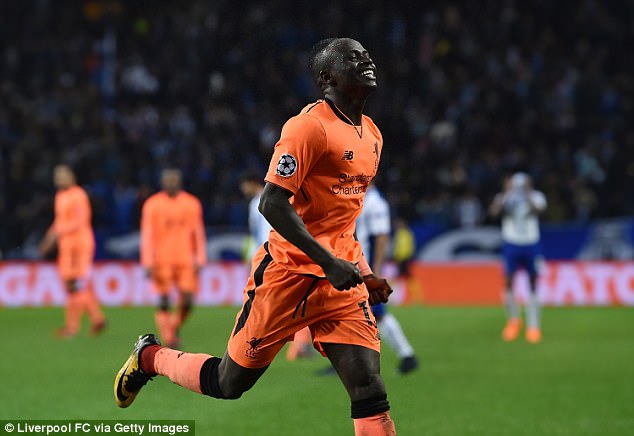 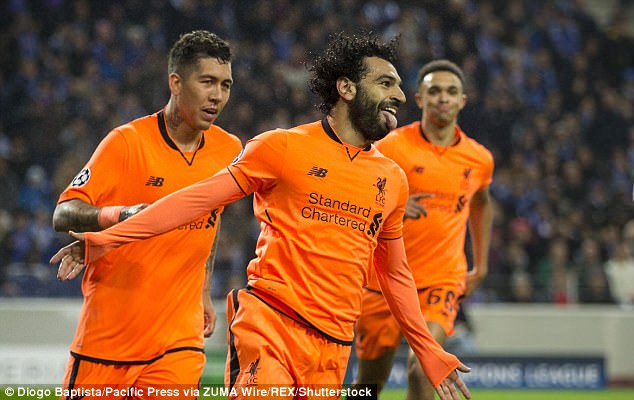 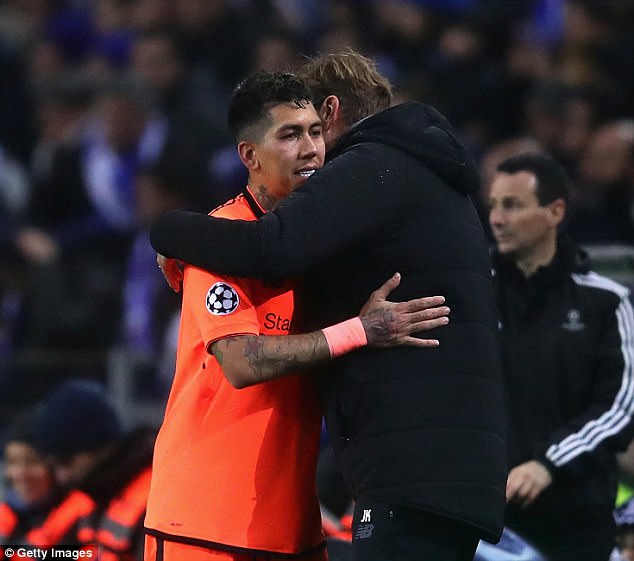 The Brazilian was a game-changer for Liverpool over many seasons – and he’d played a role in 20 goals prior to his departure last month – but the feeling remains that Liverpool could afford to offload him and not blunt their attacking edge too badly.

Actually, of the four frontmen, Coutinho had the worst shot conversion rate in the 20 matches he featured in prior to moving to the Nou Camp. Life is very much moving on at Anfield.

The energy and pace with which Liverpool’s forward three operate, plus the quantity of chances they create, means they all work together to help each other.

Ahead of the Porto match, when Klopp suggested that his team could beat Paris Saint-Germain if they were to meet later in the Champions League, some reacted with scorn.

But, as Liverpool’s free-scoring feats this season – they have hit seven goals twice, five goals three times and four goals five times – demonstrate, you wouldn’t put it past them.

The key question now is whether Liverpool’s MSF can convert this sensational attacking play into silverware.