Liverpool have been allocated just 16,613 tickets for next month’s Champions League final in Madrid.

A seat at the Wanda Metropolitano will cost supporters between £60 and £513 for the biggest game in European club football this season.

Even a spot in areas of Atletico Madrid’s ground with restricted view cost as much as £410, while tickets bought on the second-hand market will fetch for even more.

Liverpool have been allocated just 16,613 tickets for the Champions League final in Madrid 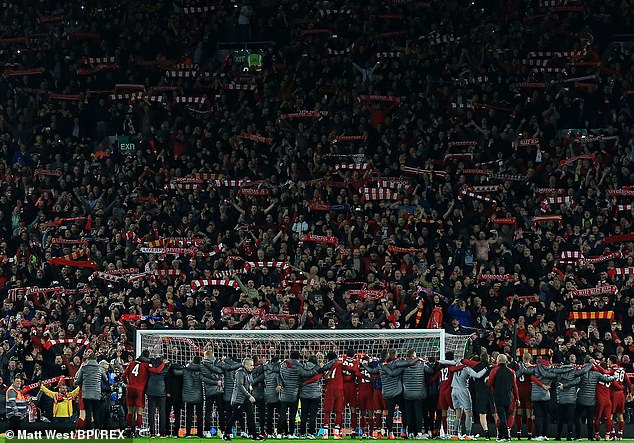 How many tickets in each category? (Approx)

Jurgen Klopp’s side booked their place at the June 1 showpiece after one of the most incredible comebacks in Champions League history against Barcelona on Tuesday.

But now their fans face a mad scramble for tickets, with many thousands of Scousers expected to descend on the Spanish capital for the June 1 clash against either Ajax or Tottenham.

The club have also been given 300 ‘top category seats’, reserved for players’ friends and families, the Reds UEFA Youth League team players and staff, club staff, as well as VIPs.

The majority of fans travelling to Madrid will do so without tickets – and face paying eye-watering prices just to get to Spain.

Within hours of the final whistle at Anfield on Tuesday, flights from Liverpool to Madrid had rocketed to more than £750 for a one-way ticket on the day before the game. 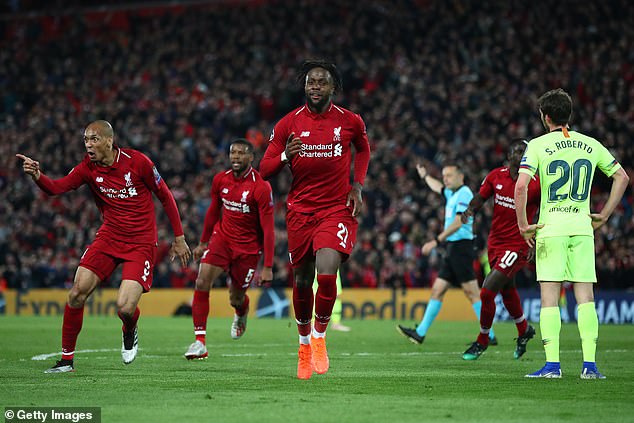 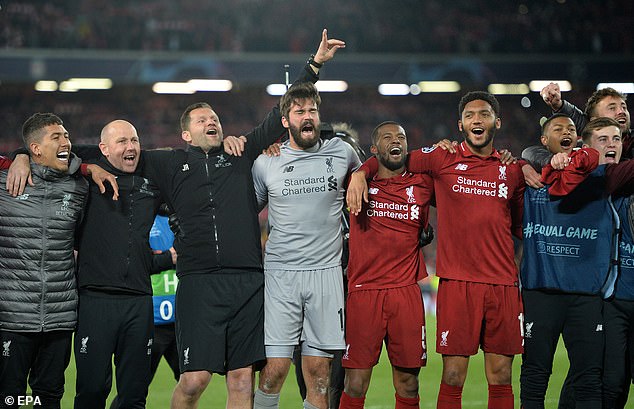 There are no remaining direct flights from Liverpool to Madrid on the day of the game and the city’s Metro Mayor Steve Rotheram has branded easyJet ‘shameful’ after the airline’s prices for fans travelling to the final shot up overnight.

Mayor Rotheram is a Reds fan and was in the stands at Anfield – near Sir Kenny Dalglish – to watch his team overturn a 3-0 first-leg deficit against Barcelona.

That would mean fans paying close to £1,000 for flights alone – before considering the costs of hotels, a match ticket and spending money.

Tweeting, Mayor Rotheram said: ‘@easyjet hiking up prices by 683% for return flights to Madrid is quite simply profiteering from the passion of football fans.’ 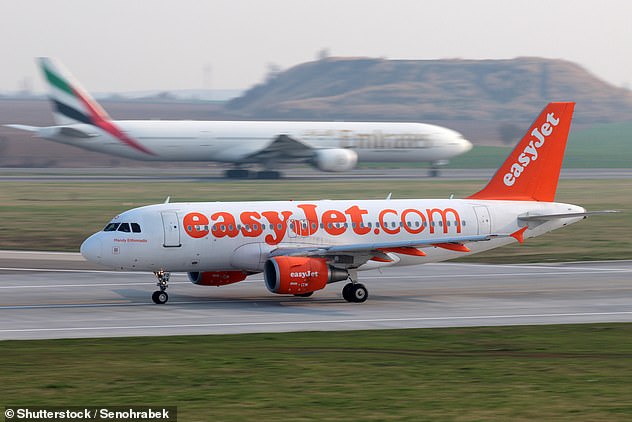 He added: ‘This is nothing new but entirely shameful.’

The airline insisted they don’t ‘artificially’ alter prices, claiming: ‘Our pricing is demand-led, which means that as more seats are booked on a flight the price will rise so our fares start low and increase the closer it is to the date of departure.’

It’s the second season in succession that Reds fans will be forced to fork out such incredible amounts of money to watch their team in the Champions League final.

The club were allocated 16,626 tickets for last year’s final in Kiev, where fans were again hit with inflated prices for flights and hotels.