Things are not going quite right for Jurgen Klopp and Liverpool at the start of the new season. The pulsating, high-energy, heavy metal roar that has deafened defences over the past few seasons has been turned down to little more than a murmur at times this campaign.

For a side that came within a point of winning the Premier League on two occasions in the last five years, the stuttering start they have made is well below expectations, and leaves their prospects balancing precariously on a knife-edge.

Where Manchester City have gone from strength to strength, Liverpool are now one bad result away from facing a 10-point deficit on their biggest rivals, a gap that would surely prove insurmountable and therefore put an end to any title charge with more than 30 games still to play. 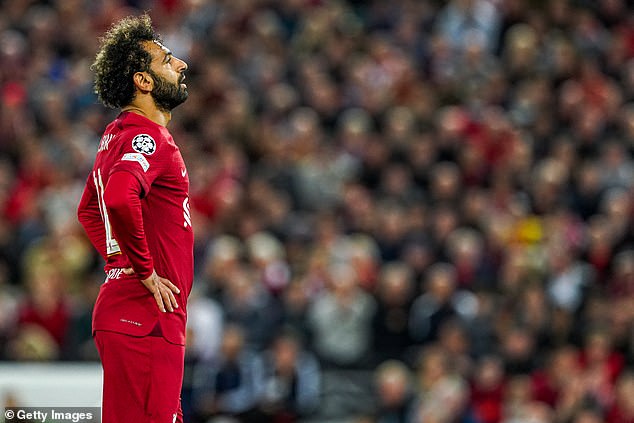 With four midfielders out injured, a star forward who is failing to hit the heights he has in the past, and a leaky defence, Klopp now faces a month that will either make or break his season, and his side will almost certainly struggle to turn the ship around in the face of a packed nine-game schedule.

As well as three must-win Champions League ties, Liverpool are also faced with the prospect of a visit to high-flying Arsenal, who look to be playing their best football in years, before locking horns with Pep Guardiola’s City just a week later.

Could Liverpool – the team that has become arguably the second best side in the world, reached three Champions League finals in five years and won 357 points over four seasons – be out of the title race before the World Cup even starts?

Having laid down a heavy gauntlet with a 3-1 Community Shield win over City in the season’s curtain-raiser, Klopp looked to have stolen a march on his rival Guardiola, but in the two months since that statement victory the two sides could hardly have had more contrasting fortunes.

Liverpool have won just two matches in the six Premier League games since. A 9-0 humbling of Bournemouth teased fans with what they are truly capable of, before a 98th-minute winner was needed to secure three points against Newcastle just four days later as the facade was ripped away.

And now they stand looking over a precipice, knowing they can already ill afford any more slip-ups, as they prepare for the 29-day onslaught that will see them play on average once every three days. 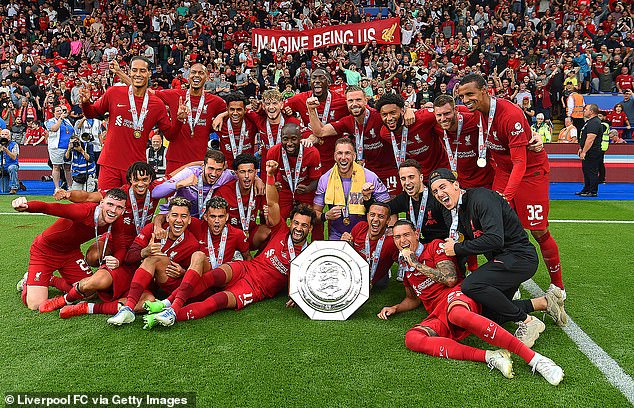 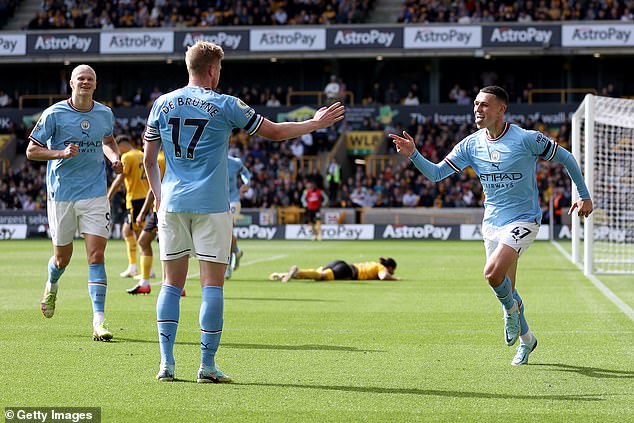 An over-reliance on Mo Salah has been made all too apparent in the absence of Sadio Mane – who looks to have been a far more influential part of Klopp’s side than he was ever given credit for – and a constant chopping and changing of a midfield held together with plasters has exposed defensive frailties which braggadocio and bluster had seemingly hidden.

It is hard to believe that Virgil van Dijk once went an entire season without being dribbled past, and the previously world-beating Dutchman appears to have shrunk of late as he has begun to lose his aura. It says a lot when 21-year-old Khvicha Kvaratskhelia seems to lick his lips in anticipation at the prospect of taking on a defender who previously barred the way for the likes of Eden Hazard and Lionel Messi.

Van Dijk is still probably the best defender in the Premier League, but players are now beginning to remember that he is mortal after all – which was where half his power lies – and it certainly doesn’t help when his fellow defenders are seen to give up the chase, leaving him to bear the brunt of the memes against Napoli. 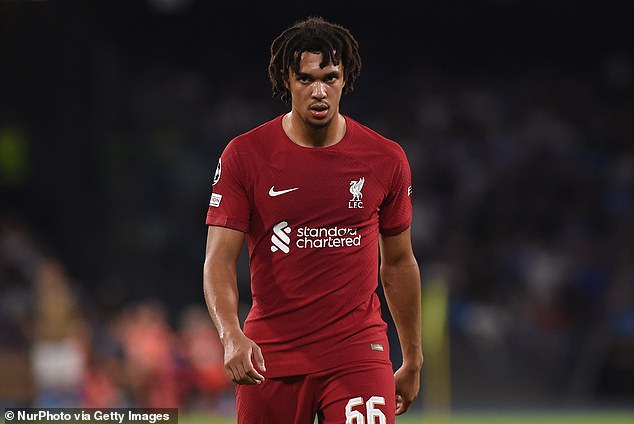 For all the mercurial talent that Trent Alexander-Arnold has going forward, being caught walking back towards your goal in during an opposition attack is unforgivable. Doing so twice in 16 days is unfathomable. No wonder Gareth Southgate appears to have given up on fitting him into his squad for Qatar.

As a result, Klopp’s previously air-tight defence has begun to leak goals this season, having conceded first in five of their first eight games of the campaign. Only one of those occasions resulted in a victory, with Fabio Carvalho’s 98th-minute winner against Newcastle changing the narrative on what was in essence a very shaky, almost nervous performance by the hosts. 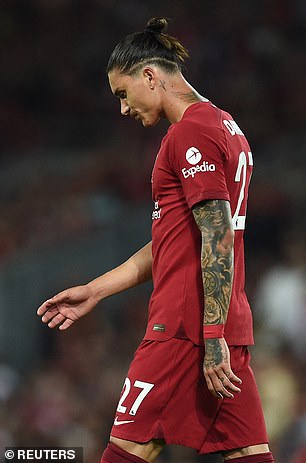 Conceding first is never a good thing, but you can get away with it if your forwards are firing on all cylinders. However, Salah’s slow start by his own standards has left his side without crucial goals to alleviate some of the pressure on an already under-fire defence. Not to mention your £85million striker spending three games out after head-butting a defender.

The international break will have given Klopp the chance to take stock of his surroundings, assess the issues and come up with a plan for a month that looks, more likely than not, set to end his side’s chances of a title run. But the time for consideration is gone, and there is now only time for action.

What they need to do is stop leaking goals, as this places further pressure on the rest of the side – after just two clean sheets from eight so far this term, and six games which were either drawn, or won or lost by a single goal. 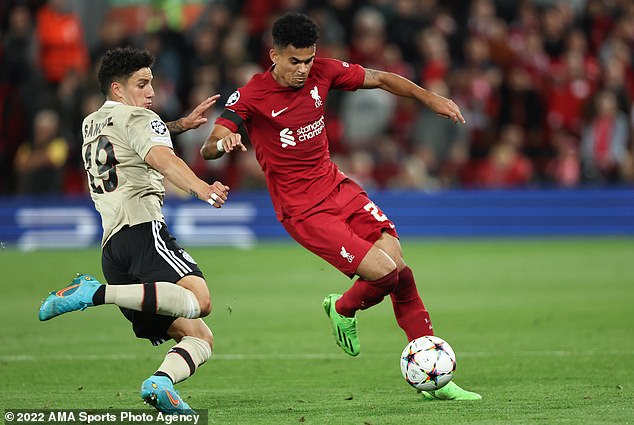 Liverpool’s one saving grace is their overwhelmingly favourable record against the Gunners, but the north London side have begun to show signs that they are here to stay, despite a 3-1 humbling at Old Trafford.

The way things stand, though, there is surely not a supporter in Liverpool that would be confidently telling the truth when they say they’ll beat City come October 16. There’s no other way of saying it – the two sides are worlds apart at the minute, and although Liverpool’s team is full of world-beaters, it means nothing if they can’t show it week in, week out.

Even if you were to take a best case scenario, in which Liverpool were to win four, draw one and lose one, they are unlikely to find themselves back in the top two places which they have called home of late. The fact of the matter is that City look almost unbeatable, and with their depth are unlikely to feel the effects of nine games regardless of what Guardiola might say. 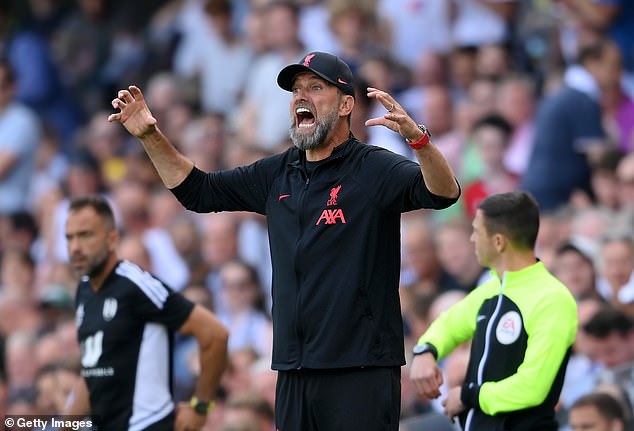 Klopp’s squad simply isn’t big enough to compete. They barely scrape through a regular season in which the German manager incessantly bemoans the scheduling around the festive period, claiming his side are worse off than others. But once again – despite knowing that the World Cup was coming well in advance – he has not recruited amply enough to reinforce his ranks.

Yes, Arthur Melo has been added on a temporary basis, but the Brazilian is on his own fitness regime to get up to speed, so off the pace is he. Thiago and Jordan Henderson are never more than a few strenuous games away from a stretcher. As it is, they have both already spent time out on the sidelines, and with Fabio Carvalho, Naby Keita, Alex Oxlade-Chamberlain and Curtis Jones all on the table, the margin for error is small.

As a result, the hopes of Liverpool’s season lie with Fabinho, Harvey Elliot – who has been impressive but is still only 19 – and a 36-year-old James Milner, who is hardly the player he once was, despite his work-rate that could show Alexander-Arnold a thing or two. 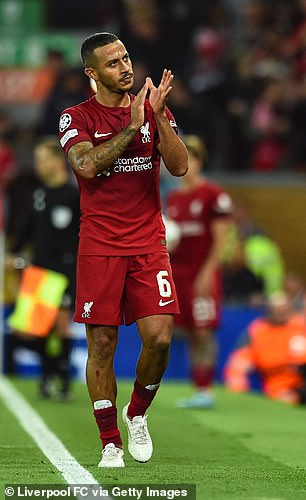 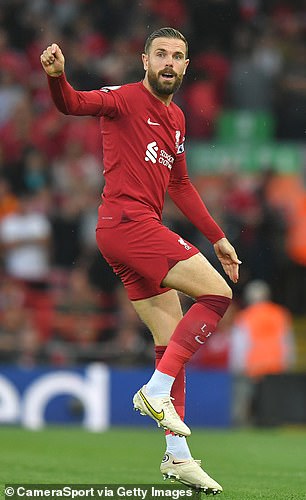 Thankfully for Klopp, the Champions League clashes they are faced with are probably the three easier ties of the six in their group, with home and away ties with Rangers and a trip to Amsterdam against Ajax.

A poor result against the Dutch champions could even leave the six-time champions on the brink of Europe’s second-tier tournament.

In order to still have something to fight for come December time the Reds will need to have cut the deficit to Man City by half to around four or five points. A win at Anfield against Guardiola’s side will not only help them mathematically, but could help the likes of Alexander-Arnold, Salah and Van Dijk remind themselves of their world-class abilities.

But that would need a side with not only the best goalkeeper, striker, midfielder and manager in the country, but a squad the size of an NFL franchise, to probably lose as many games as they lost last season, all while Liverpool win all six of their games – which seems unlikely based on the evidence we have been given so far this season. 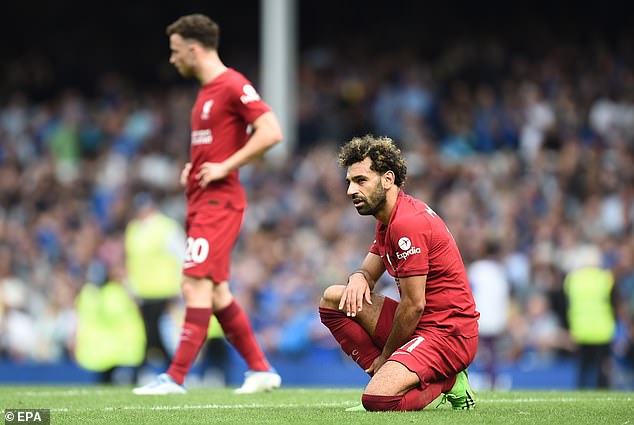 So could Liverpool be out of the title race before the World Cup starts?

In short, yes, if they aren’t already. Liverpool are no strangers to remarkable comebacks. Just ask Barcelona and AC Milan. But the way this squad are playing, they will need far too many things to go their way, including season-ending injuries to both Haaland and De Bruyne and for Salah to score and assist at least once in each of their next nine games, to even be within a few points of the leaders.

Klopp is undoubtedly in the top two or three managers in the business, but the reality is that his side are too far behind at this point. They don’t have the bodies to compete in a congested October that will see players fall like flies due to the constant demands, while their closest rivals will chop, change and rotate at will, leaving the Reds firmly in their rear view mirror, and fading fast. 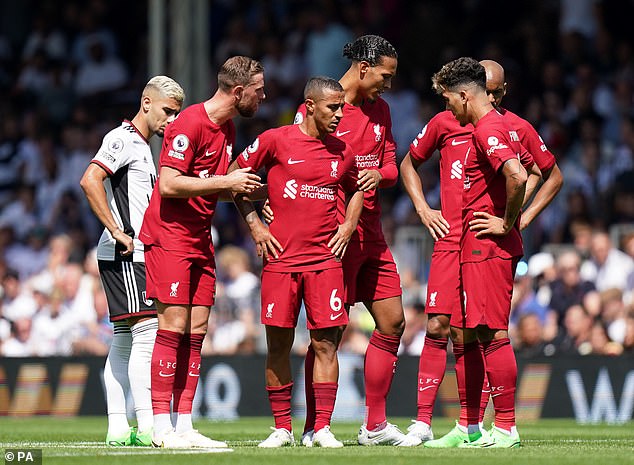 The reality is that for one reason or another, whatever Klopp is trying to get out of his side is not working and there is no more room for error moving forward. He has one last role of the dice available – he can either stick with what he’s been doing and hope that his side can give him a reaction, or change things up drastically against a Brighton side that will be playing under Roberto de Zerbi for the first time on Saturday.

The last thing that the talismanic German manager will want come December, when all his players at the World Cup return jaded as ever and in need of a well-earned break, is to have to force them through the festive period having been cut adrift in October.

But that is the most likely outcome of this frenetic flurry of games, and it is one that Liverpool players and fans alike are going to have to get used to.