Jurgen Klopp insists he would be happy with a single goal victory and is making no prediction about Liverpool handing out another pummelling to Maribor.

Liverpool took control of their fortunes in the Champions League two weeks ago when running in seven unanswered goals in Slovenia, a performance that showcased everything that Klopp wants to see from his team.

Maribor have never won on English soil and nobody is expecting them to end that sequence at Anfield on Wednesday but Klopp has bristled at the suggest the result is a foregone conclusion, warning that the minnows will be determined to save face. 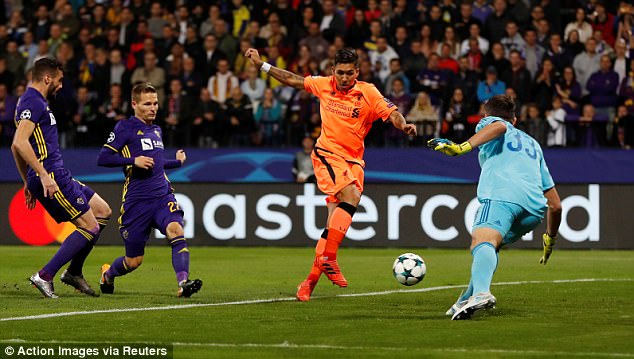 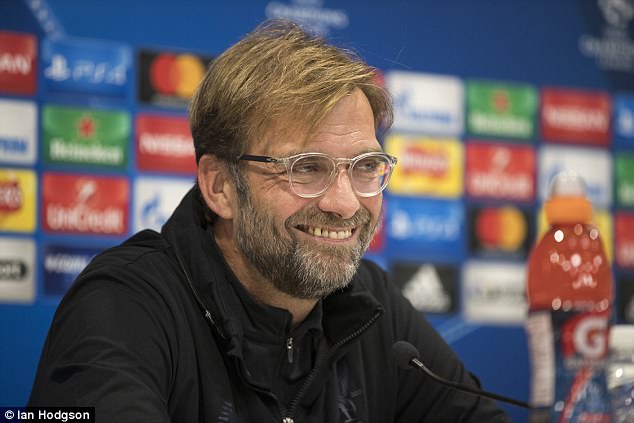 ‘A clean sheet, three points would be perfect,’ the German manager claimed on Tuesday

Klopp, who is unsure whether Philippe Coutinho and Dejan Lovren will be fit to line up at Anfield, has demanded another clinical performance to take a step closer to the knockout stages and does not care how goals Liverpool will score.

‘I am 50 years old, I know what people think after results like this,’ he said. ‘7-0? It’s not even one per cent of our analysis. It is my job to make sure we are 100 per cent spot on. If we won 1-0, I will be perfectly fine. A clean sheet, three points would be perfect.

‘We will take whatever we can get. That is all clear. The last result between Moscow and Seville everyone thought: “Oops! What happens there?” This group is quite open. I don’t care about the group. I care about the team. We want to go through. 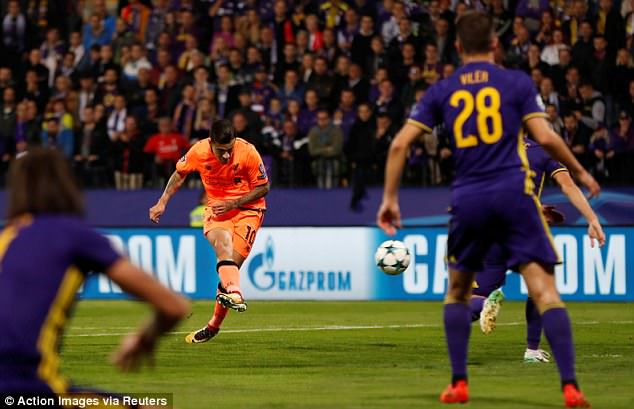 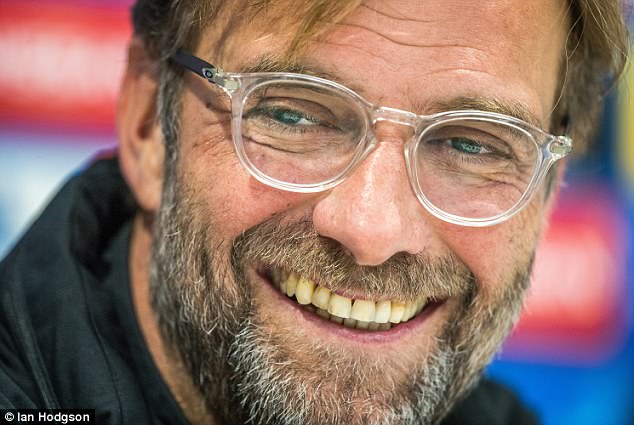 ‘All the games so far from a performance side have been really, really good’ Klopp has claimed

‘We have to prove ourselves on the pitch, again and again and again. One and a half weeks after a bad game (against Tottenham), I cannot say we have learned. I have no problem with this. All the games so far from a performance side have been really, really good. I’m not thinking about winning something.’

Both Coutinho and Lovren missed Saturday’s 3-0 triumph against Huddersfield with injuries and Klopp is not certain whether they will start on Wednesday night.

The German boss, who also revealed that Roberto Firmino and Joe Gomez felt niggles in the Premier League clash, said he will wait until the morning of the match to think about his final team selection.

‘I’m not 100 per cent sure, he said. I’m not sure whether they will be OK. In this moment, if they are involved in the session, then it will give them a chance. We had a few little things after the game. Roberto (Firmino) had some cramp, Joe (Gomez) felt something. We have been careful. Tomorrow morning will be when I really think about it.

‘I never take risks with the line-up. If you feel a bruise or whatever, that is not a problem. When a muscle is involved I don’t take a risk. I don’t think about rotation. The next game does not influence this team selection.’