‘I am sure they were hoping we could win here so we could make a holiday game in Salzburg’: Jurgen Klopp apologises to Liverpool fans after draw to Napoli leaves them requiring a result in Austria

The Champions League holders were held to a 1-1 draw at Anfield on Wednesday night, with Dejan Lovren equalising in the second half after Dries Mertens had put the visitors ahead thanks to a fine finish.

The result has left Liverpool needing victory in their last group game at RB Salzburg on December 10 to top the group, while a draw would most likely see them progress to the last-16 in second position.

And following Wednesday’s final whistle, Klopp has said sorry to Liverpool supporters that were hoping for a pre-Christmas holiday in Austria.

‘I don’t want to say we need intensity in every game, but now we have it already – can you tell me in all my time here when it was easy.

‘Last year we had to win 1-0 against Napoli in the final game, and I can not remember a bigger pressure than that.

‘I know how human beings are and I am sure they were hoping we could win here so we could make a holiday game in Salzburg or something like that. But it didn’t happen, I am sorry – really it never happens. There is always something on it.’

Klopp will be desperate for his Liverpool side to bounce back in style when they take on Brighton at home in the Premier League on Saturday afternoon. 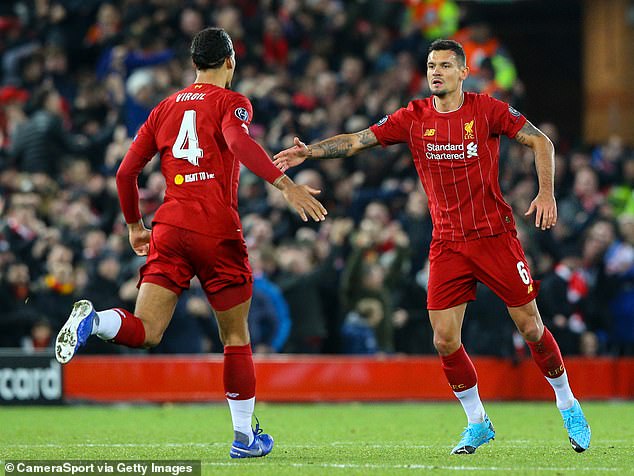