‘It is SO comforting watching him’: Fabinho’s return to midfield for the first time since OCTOBER hailed by Michael Owen and Co as he is named man of the match in Liverpool’s win over RB Leipzig

Michael Owen has led the praise for Liverpool star Fabinho after the Brazilian put a flawless performance on his return to midfield in the Reds’ 2-0 win over RB Leipzig.

Fabinho, 27, has had to settle at centre half for much of the season owing to long-term injuries to Virgil van Dijk and Joe Gomez, before being ruled out for a number of weeks with a muscle injury.

The Brazilian returned to play at centre half against Chelsea and was introduced as a substitute in Sunday’s defeat to Fulham, but Klopp opted to utilise his star man in a deep midfield role for the trip to Budapest. Liverpool duly kept a clean sheet and Fabinho was named man of the match as the Reds booked a place in the last eight of European football’s elite club competition. 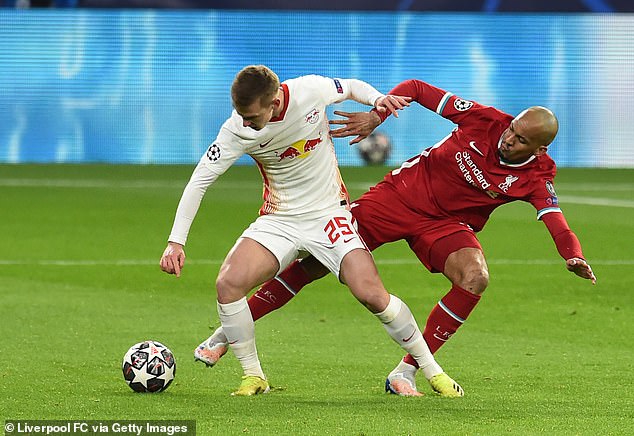 Fabinho has not started in midfield since October but was right at home in his natural role, protecting the inexperienced central duo of Ozan Kabak and Nat Phillips with ease as the Reds booked their place in the Champions League quarter-finals.

And Owen has described how reassuring it is to see Fabinho return to his position as midfield screener, with the former Liverpool star heaping praise on the Brazilian.

‘It is so comforting watching him,’ Owen said on BT Sport. ‘When he is in the middle you feel safe.

‘It is so comforting having him back in his right position. It is just how you want a sitting midfielder, he covers the back two which is the weak part of the team.’ 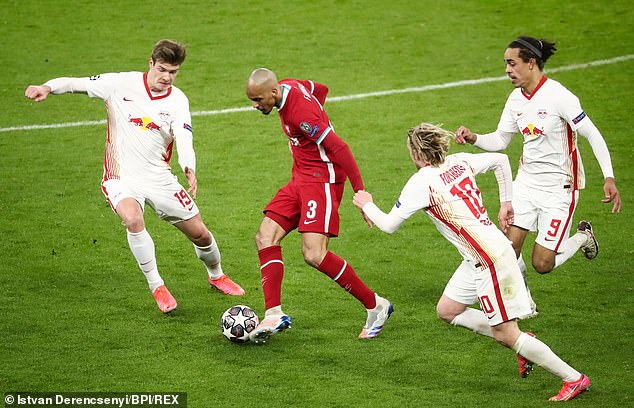 And the Brazilian slotted back into his position superbly, putting in a commanding display 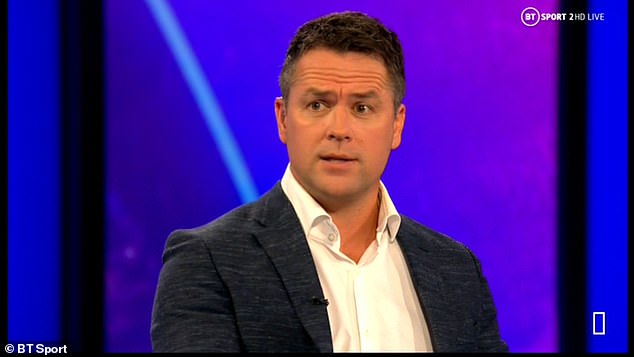 Rio Ferdinand and Peter Crouch echoed the praises of the former England striker, with ex-Man United star Ferdinand outlining how pivotal Fabinho is in shoring up the defence.

‘He gives the defenders confidence because he stops the ball getting into the strikers, he cuts off the lines,’ he said.

‘So it lets the defenders drop off a little bit to stop the ball in behind because they are not worried about the ball to feet.’

‘He is in the right positions at the right time,’ Crouch added. ‘His touch is so good. He’s done a good job at centre half but the biggest miss has been having him out of midfield. 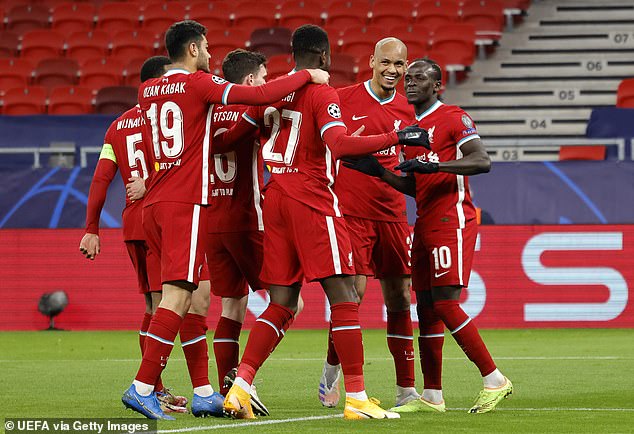 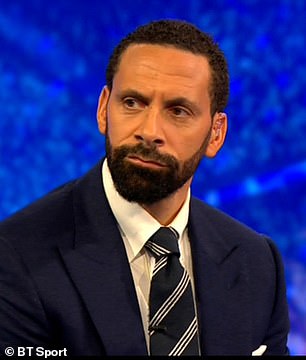 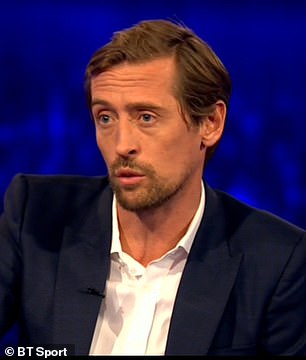 ‘When Henderson comes back that will make a big difference.’

Liverpool boss Jurgen Klopp, while delighting in the performance of his side as a whole, singled out Fabinho for praise following the impressive win.

‘I told him on the way downstairs “you like the position six more, you couldn’t show it more clearly.” 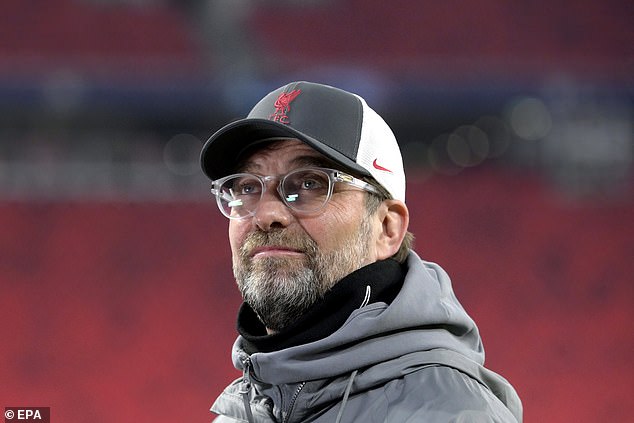 ‘We had to press them, they had to play these rather uncontrolled long balls and we defended deep and really well together.’

Liverpool return to Premier League action next Monday when they travel to Molineux to take on Nuno Espirito Santo’s Wolves, with the trip to the west midlands offering a welcome distraction to their struggles at Anfield.

The Premier League champions are winless in six games at their Merseyside home.