Jordan Henderson was just about to gain entry to an exclusive club when he felt the need to speak to James Milner.

A few yards away, the European Cup had been placed on a podium and Liverpool’s exultant players were impatiently waiting to get their winners’ medals, having beaten Tottenham 2-0. This, they knew, was what football is all about: to be on a podium with a trophy in a blizzard of tickertape.

Amid the hoopla, however, Liverpool’s captain asked a question of Milner that some will find difficult to believe. Rather than contemplating following European Cup-winning Reds skippers Emlyn Hughes, Phil Thompson, Graeme Souness and Steven Gerrard, Henderson’s inclination was to share the moment. 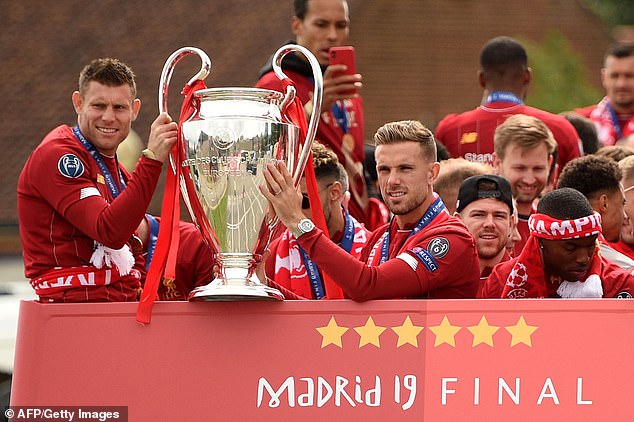 ‘All I have ever wanted is to play football and it is a dream to do it for this club,’ he says, sitting in a lounge of Boston’s Four Seasons hotel. ‘But that night was not about me lifting the trophy. I felt me, Millie and the gaffer should have lifted it together.’

It is a quite remarkable admission. Milner, as is his way, gave the idea short shrift. Jurgen Klopp, similarly, was adamant Henderson should go up alone. What followed was a little jig that children all over Merseyside have spent two months copying and a hoist that will define his career.

Henderson is the glue that holds Liverpool’s dressing room together. Four days before the Champions League final, his decision to call a players’ meeting at Melwood, to remind the squad about the opportunity they could not afford to squander, was huge.

If he needed reassurance that he belonged, it would come later from Gerrard, who attended the post-match party as a fan. Henderson asked his old team-mate for a picture but was told by the now Rangers manager, ‘No, mate. Tonight is all about you – enjoy every second’. 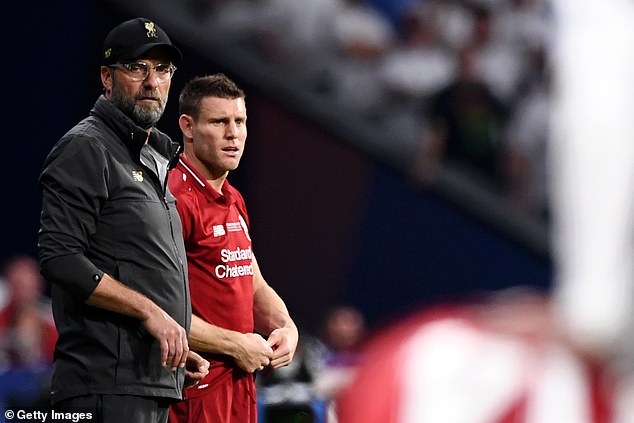 Henderson labelled Milner, pictured with Jurgen Klopp, as ‘a big part of the dressing room’

‘It wasn’t about me standing at the front lifting the trophy – it was about the team,’ Henderson says after it is pointed out what he was potentially sacrificing. ‘When I look back and see the faces of the lads, that’s what means more to me. I asked Millie because he is such a big part of the squad.

‘I wear the armband when I play but Millie has worn it a lot of times as well. He is a big part of the dressing room. I felt as though he deserved to (lift it), along with other people, but also the manager.

‘What we did that night wouldn’t have been possible without him. But when I asked him, he said no. The photo would have meant the same if the manager was lifting the trophy and I was stood behind him.

‘It was about the whole night and it was an amazing night just to be involved in.’ Amazing and also surreal. Henderson is teetotal but he always envisaged breaking his sobriety if he added another medal to go with the League Cup he won in 2012.

When he returned to the post-match party in downtown Madrid, though, everything hit him. His personal journey; the emotional meeting with his father Brian after the match.

‘I still don’t know how he got to the pitch,’ he says with a smile. The implications of the victory meant there were a million and one thoughts zooming around his head and it was a struggle to take it all in.

‘Before the game you think, “If we win, everybody will be on the tables”, but when I got back to the hotel, I was like a shell. I was so overwhelmed. I just couldn’t take it all in. It was as if I wasn’t there, I was so emotionally and physically drained. A few of the lads asked, “Are you all right?” 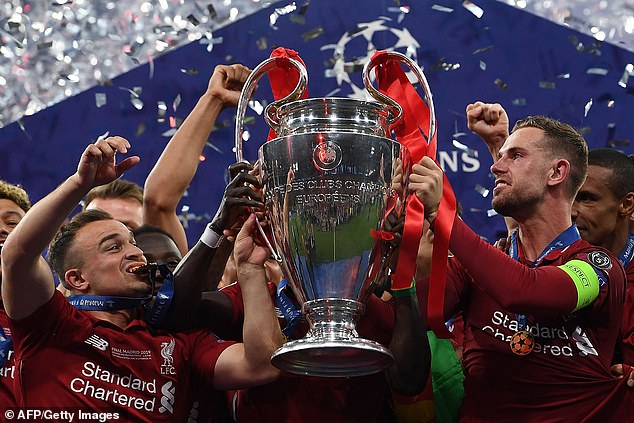 ‘I went to bed late but just lay there looking at the ceiling. The alarm goes off, up you get and I was like a zombie! Then you go on the parade and that’s overwhelming as well. Those two days take it out of you so much. It took a while to get back to normal.’

Get back to normal, though, is what Liverpool must do.

Henderson understands why the sixth European Cup is such a hot topic of conversation but he wants the conversation to stop. There are more peaks to scale and he will be distraught if Klopp’s project only yields one pot.

Liverpool cannot afford to sit back and admire what they have done. They have the chance to win two more trophies next month, the Super Cup against Chelsea and Community Shield against Manchester City.

Stepping up for prizes used to be routine for a Liverpool captain and Henderson wants things to get back to how they were.

‘We have a lot of big games coming up straight away, so we need to be ready,’ he said. ‘We’ve come a long way in the last few years. We want that journey to continue.’