Liverpool have confirmed that Andy Lonergan will join them on their pre-season tour of North America due to the Reds being short of cover at goalkeeper.

With Alisson Becker yet to return from Brazil’s Copa America triumph, the club announced on Tuesday that Lonergan will travel and train with the squad for their three-match tour.

The Reds’ two youth goalkeepers, Caoimhin Kelleher and Vitezslav Jaros, are also currently out injured which has prompted the decision to bring the former Leeds and Preston keeper with them. 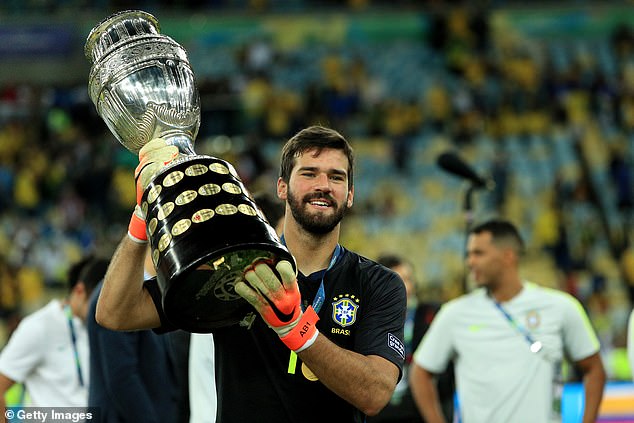 The club’s goalkeeping coach John Achterberg explained why they brought in the veteran keeper.

‘We do this because obviously we are really light in the goalkeeping area,’ Achterberg told the club’s official website.

‘Ali (Becker) is on holiday, Kamil is going out on loan to Huddersfield, Caoimhin has an injury, so that leaves us only with Si (Mignolet) really and one young boy, Dan Atherton.

‘We need some cover in training so we thought we’d bring someone in who can help us [so we] don’t overload the goalkeepers in training.

‘Basically we’re bringing him in for training and we can try to help him get fit and we’ll see how it goes from there. It’s like he helps us and we help him to get fit.’ 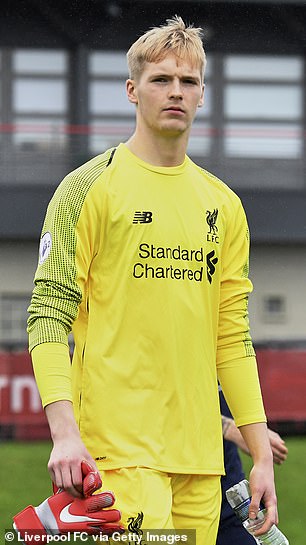 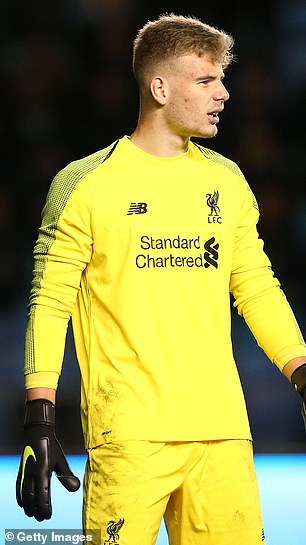 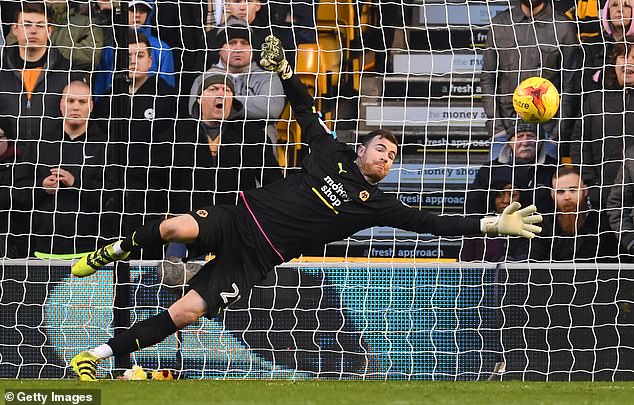 Lonergan, pictured playing for Wolves, will work with John Achterberg and Jack Robinson

Lonergan, who is currently a free agent, will work with coaches Achterberg and Jack Robinson, as well as goalkeepers Simon Mignolet and Daniel Atherton as they gear up for Saturday’s clash with Borussia Dortmund.

The news comes a day after Jurgen Klopp announced that he expects Mignolet to remain at Liverpool before insisting his club need two ‘number ones’ to challenge for honours.

Mignolet only played two competitive matches for his club last season – against Chelsea in the Carabao Cup and an FA Cup tie at Wolves – following the £64.6million arrival of Alisson but his attitude and professionalism behind the scenes earned plaudits.

The Belgium international has played in both of Liverpool’s pre-season friendlies so far against Tranmere and Bradford and he will get more game time in the United States over the next 10 days.