Liverpool have placed a £15million valuation on goalkeeper Simon Mignolet who will be among their substitutes for the Champions League final against Spurs.

Mignolet, who joined the club from Sunderland in 2013, has been restricted to two appearances in domestic cup competitions this season following the arrival of Brazilian international Alisson and will be allowed to leave Anfield for the right price.

Liverpool will want a transfer fee for the 31-year-old who is still part of Roberto Martinez’s Belgium squad and nearly won the Premier League in his first season on Merseyside having been signed by Brendan Rodgers.

The Anfield club have gained a reputation for being tough negotiators in the transfer market and collected £27million for French defender Mamadou Sakho in 2017 even though he’d been frozen out of Jurgen Klopp’s first-team plans.

It promises to be a busy summer for goalkeepers with Bournemouth, Watford and newly-promoted Norwich among those looking to buy.

However, Burnley are expected to reject any approaches for their goalkeeper Nick Pope who was part of England’s World Cup squad last summer before suffering a shoulder injury last season.

Pope, 27, still has three years left on his contract at Turf Moor and is considered to be the club’s long-term No1 despite them also having Tom Heaton and Joe Hart on the books. 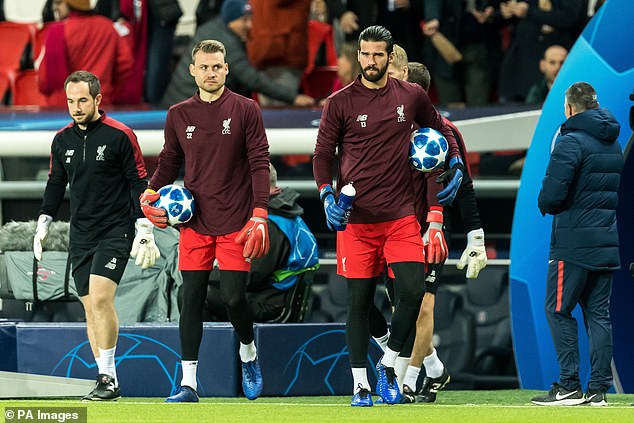