Liverpool boss Jurgen Klopp sat on the sofa where he has conducted so many interviews and appeared deep in thought ahead of his final day at the club’s famous Melwood training base.

In new photos released by the Premier League champions, their charismatic coach can be seen chomping on an apple and pacing the plush surroundings on his penultimate day at his headquarters.

Some of Klopp’s belongings can be seen boxed in light blue carriers, and the tracksuited coach looks engrossed in his phone after taking his final session at the ground a day before their clash with Manchester City. 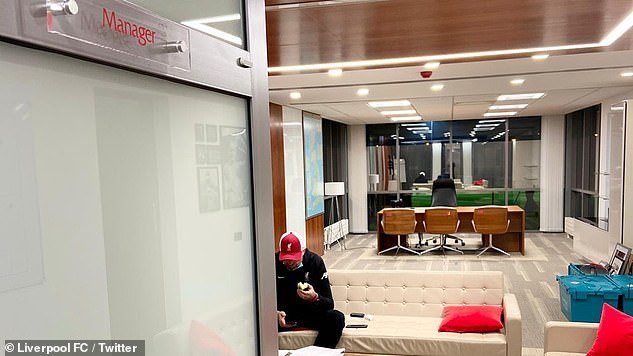 Melwood has been synonymous with Liverpool since the 1950s, providing the place where legends such as Ian St John, Kevin Keegan, Steven Gerrard and current captain Jordan Henderson have honed their talents.

From Bill Shankly to Rafael Benitez, Klopp knows that he has followed a long line of managerial greats in working towards some of the greatest days in the club’s history at the complex.

After arguably Klopp’s most important training session of the season, Liverpool showed that their final pre-match preparations at Melwood had paid off in their toughest away trip of the campaign so far.

Mohamed Salah’s 13th-minute opener was cancelled out by Gabriel Jesus in the first half as Liverpool and City – the team considered to be their main title rivals – shared the spoils at the Etihad before the visitors headed back to their base to say farewell on Monday. 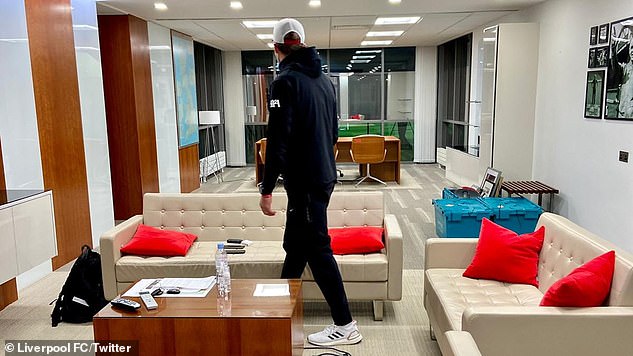 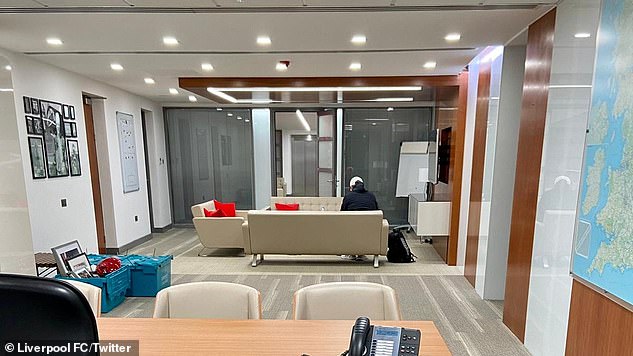 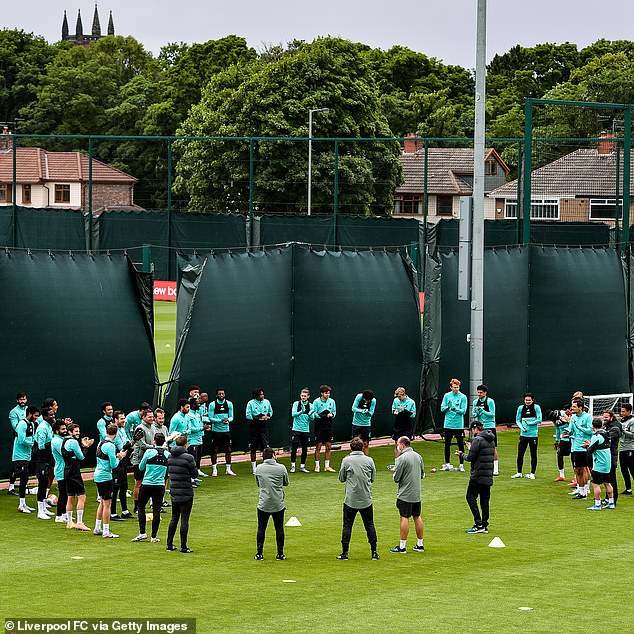 Klopp spoke of his fondness for his former office while predicting that Liverpool’s new state-of-the-art facility in Kirkby would be ‘great’.

He told the club’s official website: ‘Mixed emotions, really mixed emotions. I am happy about going to Kirkby and very sad about leaving Melwood, to be honest.

‘It’s strange; I didn’t think properly about it so far, but my PA is obviously already moving all my stuff out of my office so I realised step-by-step that the place already looks different.

‘I will miss it, but that’s how it should be. Melwood was really good, it was important – an important place in my life.’ 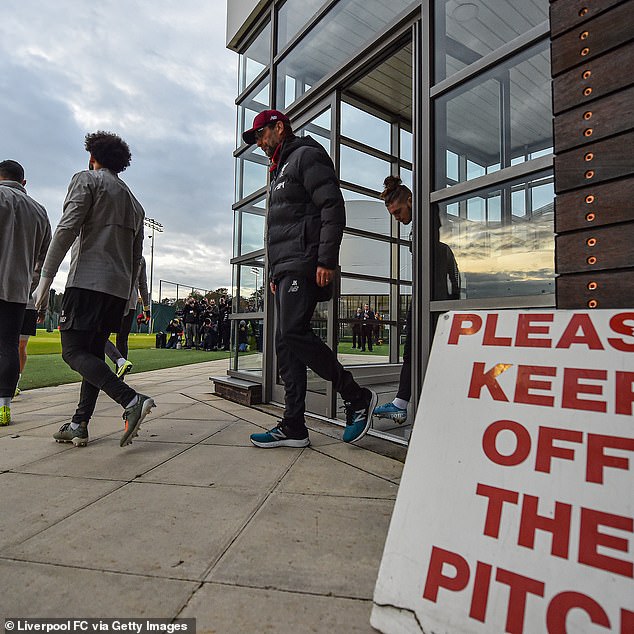 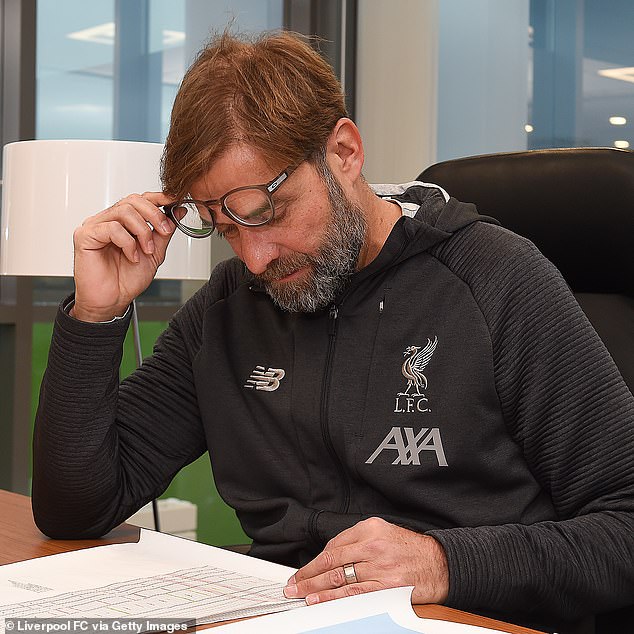 Klopp’s office, which he said was being cleared by his PA, allowed him to gaze out at the grass