‘They celebrated as if they won the tie’: Andy Robertson warns Atletico Madrid they must be at their best to stand any chance at Anfield after they revelled in 1-0 first-leg win over Liverpool

Liverpool defender Andy Robertson has warned Atletico Madrid that their full-time celebrations may have come prematurely as he vowed Jurgen Klopp’s men would ‘put it right’ in the second leg.

Atletico drew first blood in the Champions League last-16 clash as Saul Niguez’s solitary strike in Madrid gave the hosts a slender lead to take back to Anfield.

Despite Liverpool dominating much of the proceedings, Atletico put in a typically dogged display at the back after scoring early on to shutout Klopp’s men and preserve their one-goal advantage. 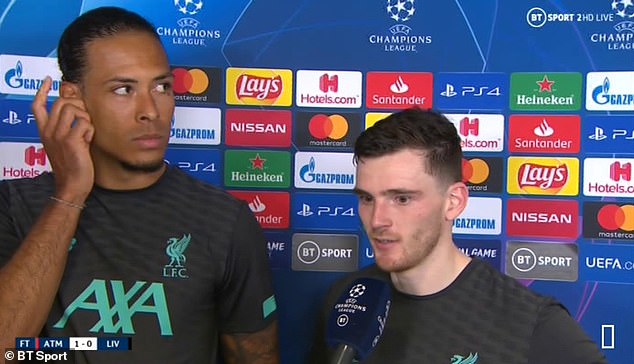 Diego Simeone’s players were understandably delighted by claiming the scalp of the world champions and last season’s Champions League winners but Robertson was quick to remind them that the tie is far from over after the final whistle.

‘They celebrated as if they won the tie after the game so let’s see,’ the Scotland international told BT Sport.

‘We have a couple of weeks and Premier League business to take care of. They are coming back to Anfield, we know our fans will be there, we know we will be there, it is up to them to be there.

‘They can start falling over and trying to get under our skin like they did, I think we handled it well with them falling over quite easy, we got on with it. 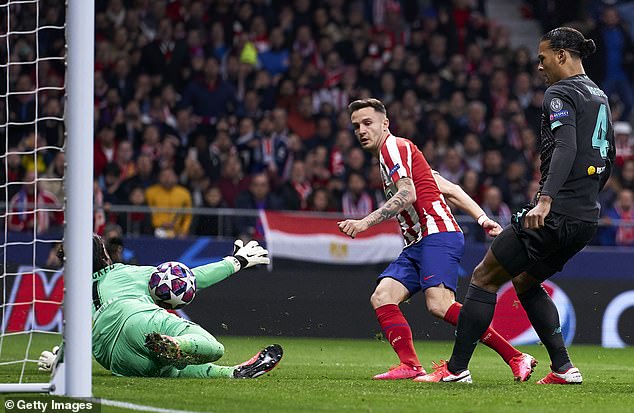 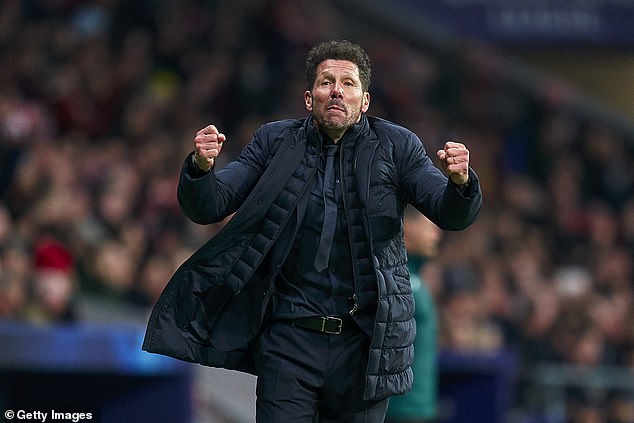 ‘We put in a decent performance tonight but we know we can be better and luckily we have a second leg to put it right.’

BT Sport pundit Rio Ferdinand concurred with Robertson that matters remain finely-poised and insisted that Atletico have given Liverpool no reason to panic.

He added: ‘It is not all about stats, you’ve got to make other team defend and have an end product with possession. I like the tone of Robertson’s interview.

‘They see the manager, see opposing team animated, rubbing it in your face, fans and players over celebrating, the tie is not over, they have to come to us, there is still much to play for. 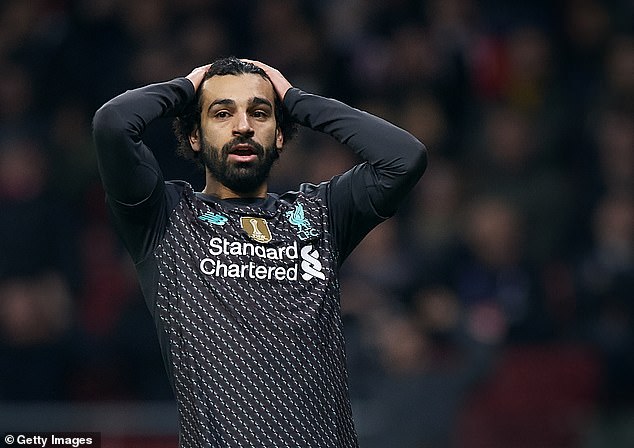 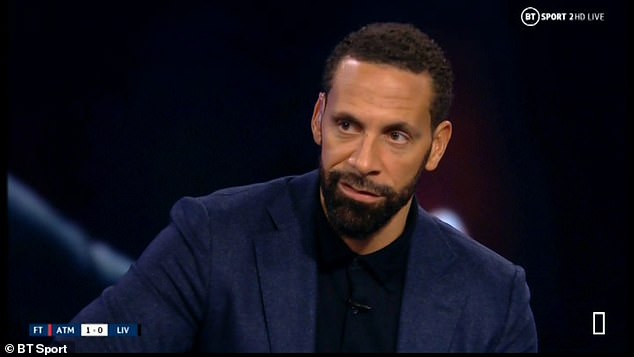 ‘We said before the game that Simeones’ team are resolute, defend well, organised, well marshalled, yes lost spine of their team in the summer but he is a fantastic coach who gets the best out of all his players and his teams and today he did just that.

‘They got the goal early in the game and said if we get a goal we can fight this out and they made it hard, they fought, they made it scruffy, they were aggressive, all the things you’d expect from a Simeone team.

Klopp’s men welcome Atletico to Anfield for the second leg of their Champions League tie on March 11.