Mohamed Salah delighted one lucky Liverpool fan in attendance at Anfield on Wednesday night as he swapped his shirt for a box of chocolates after the final whistle.

Salah scored the Reds’ second goal of the night just before half-time before doubling his tally from the penalty spot not long after the restart. 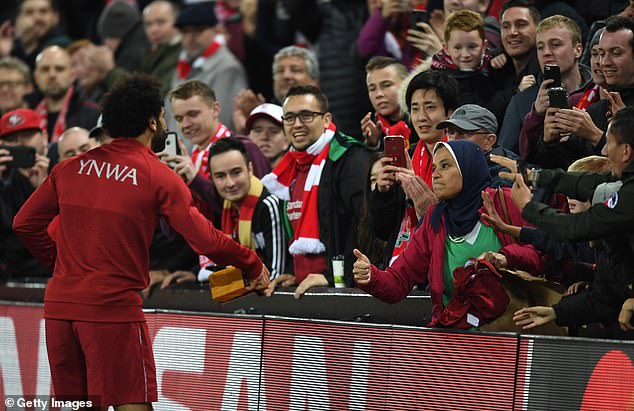 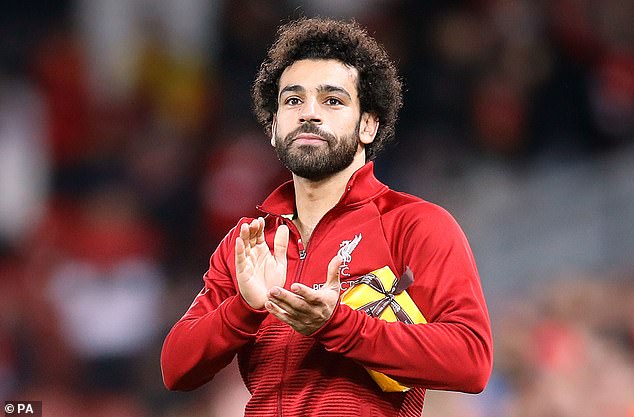 He was replaced by substitute Daniel Sturridge after 73 minutes but as Salah made his way onto the pitch at full-time, he ran over to a female fan in the front row and handed her his shirt.

She appeared to be holding a sign in Arabic and called him over before giving Salah a wrapped gift after he handed her the jersey.

The package was a £42 luxury box of chocolates by Thorntons, from the manufacturer’s Corne Port Royal Classic Assorted collection.

It proved to be a momentous night for Salah as his brace ensured he reached 50 goals for Liverpool. The 26-year-old notched his half-century for the club in just 65 games, making him the quickest Reds player to reach the milestone.

Salah, who scored a staggering 44 goals across all competitions last season, had been criticised for a relatively sluggish start to this campaign. 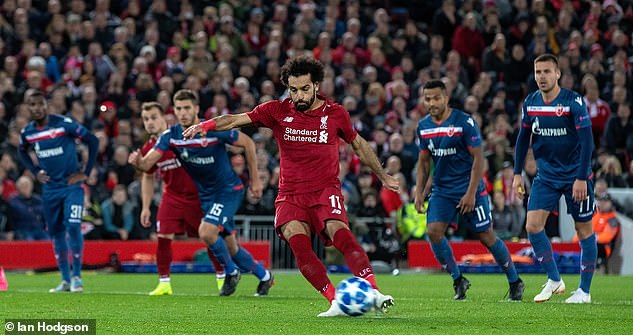 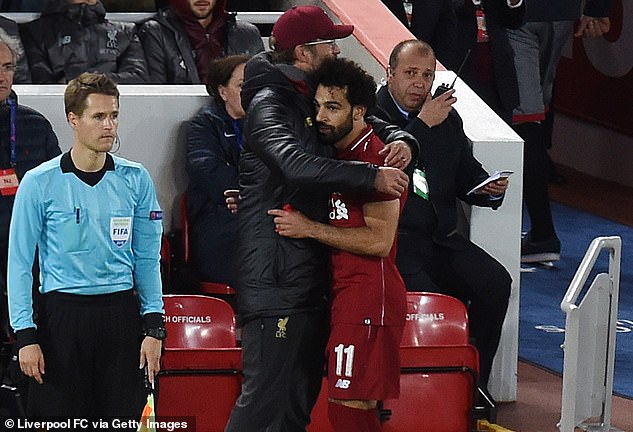 However, on a night the power went out in the main stand he put in an electric performance. The 26–year-old, however, was expressionless throughout and did not appear to show any emotion for both of his goals.

Klopp was not worried when asked if his talisman, who was substituted to a standing ovation, was happy. ‘He’s completely fine,’ he said. ‘It’s all good. I couldn’t see his face (when he scored) but I know he’s fine. I saw his face when I took him off – that was different.’

Salah, who said he was ‘very proud’ to reach the landmark, promised that more was to come.

‘I want to keep scoring and helping the team to win games,’ he said.