Liverpool defender Virgil van Dijk has praised Donny van de Beek for his move to Manchester United and called it a ‘great step’.

The 23-year-old midfielder has completed his medical in Holland ahead of a £40million move to Old Trafford from Eredivisie champions Ajax. He is set to be Ole Gunnar Solskjaer’s first signing of the summer.

Despite moving to one of Liverpool’s fiercest rivals in United, Van Dijk was pleased for his national side team-mate ahead of the transfer. 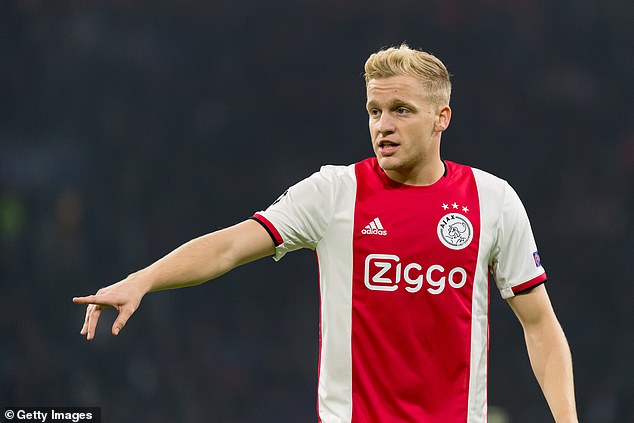 ‘I wish Donny the best wholeheartedly,’ the Reds defender said via De Telegraaf.

‘It is great for him and for the Dutch national team.

‘It’s a great club and step for Donny, and the same goes for Nathan Ake (to Manchester City).’

Van de Beek has been named in the Holland squad for their upcoming Nations League games at home to Poland and Italy, but will link up with the squad later than was initially planned due to his medical and finalising the deal with the Premier League side. 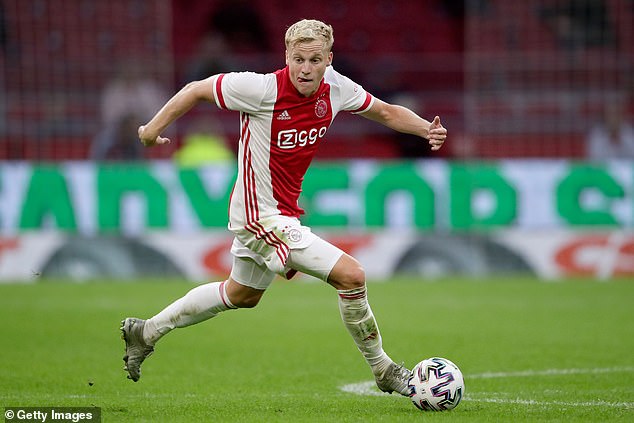 The 23-year-old will receive a significant increase on his current £30,000-per-week wages.

His father, Andre van de Beek, described the impending transfer as ‘a dream come true’ for his son, Donny.

As reported by Omroep Gelderland, he said: ‘This is a dream come true. It’s the perfect moment for him to make this step to such a beautiful club. Many clubs were interested, but Donny took this decision himself.’

Talking from their home village of Nijkerkerveen, Andre said his phone has not stopped since news of the transfer broke. He added: ‘Its a proud village.’