By Nick Harris for MailOnline

Liverpool will collect almost £100m in UEFA prize money if they win the Champions League, a record sum for any English club in European club competition.

The precise figure is expected to be around £98.1m if Jurgen Klopp’s side beat Tottenham in the final (and £94.6m if they lose the final), while Spurs will collect around £93m if they win, and about £89.5m if they lose.

These sums are calculated on the basis of numerous factors, from fees received simply for making the group stage (£13.5m each) to performance bonuses for group stage wins and draws (£7.9m for Liverpool versus £6.9m for Tottenham) to extra payments for reaching the last 16 (an extra £8.4m), the last eight (£9.2m more), the semi-finals (£10.6m more) and the final (£13.2m more).

There are two other UEFA prize revenue streams for participants, the ‘market pool’ share and the new ‘co-efficient pool share’. 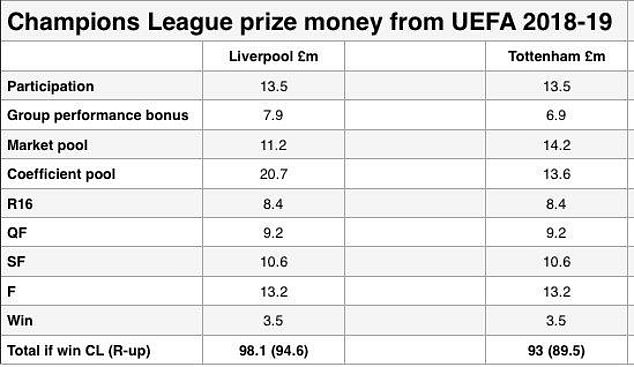 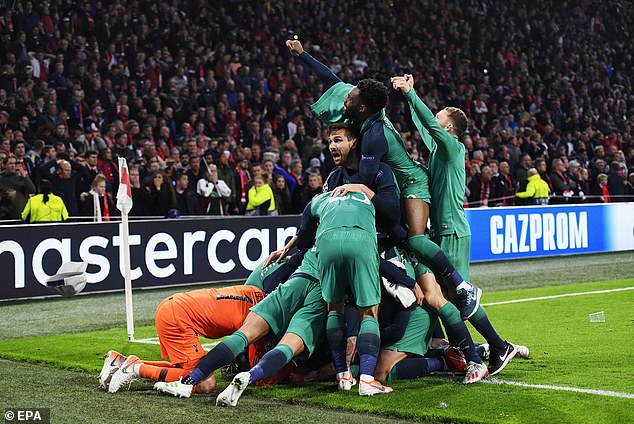 Tottenham will collect around £93m if they win the trophy, and about £89.5m if they lose

The former is calculated by a complex formula that takes into account where you finished in your domestic league the previous season and how much TV companies in your country paid UEFA for Champions League TV rights.

The latter is an ‘innovation’ that gives more prize money to clubs who have historically done best in Europe over a rolling period of the past decade.