Liverpool manager Jurgen Klopp has revealed he ‘cried like a baby’ as he watched his old friend David Wagner manage Huddersfield to Premier League promotion.

The Terriers earned their top-flight status after Christopher Schindler slotted the decisive penalty against Reading at Wembley back in May.

Wagner, who had coached the reserve team in Dortmund with Klopp at the Helm, made the switch to English football back in 2015. 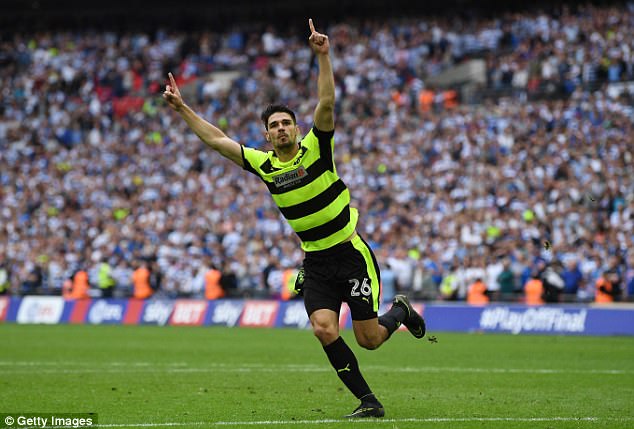 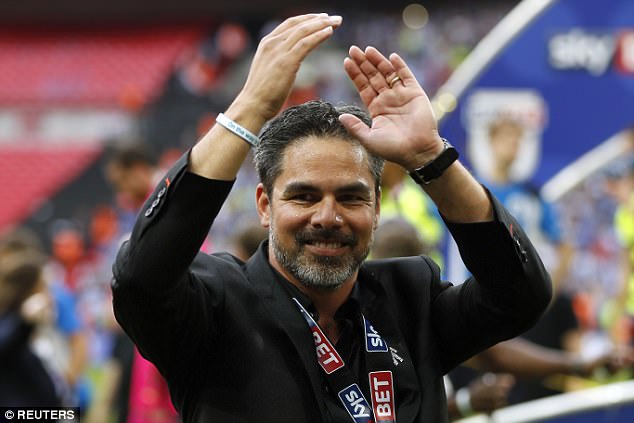 And Klopp’s old pal from Mainz, David Wagner, was the architect behind the brilliant win

Huddersfield finished 19th in Wagner’s first season, but following a surge up the table in his second, they booked their place at Wembley for the promotion showdown with Reading.

And Klopp has revealed he was asked by his old pal from Mainz to attend, but had his own reasons for declining the offer.

‘I was in the South of France at a friends’ house and we watched it on television.

‘He asked me if I wanted to come, but I feel a little bit sorry for him as I really think he is big and strong enough, and what he has achieved so far is big enough, so nobody has to mention he is best man of Klopp.’

‘I did not want to come in the stadium and have one camera on me and see how I react when he should be, or his team, in the middle of all interest. 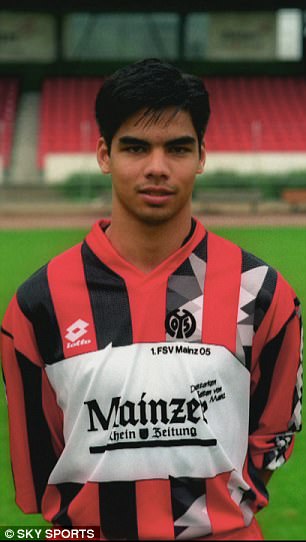 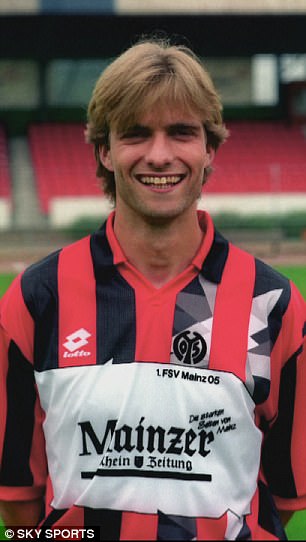 And the Liverpool boss, watching across The Channel, admitted he let his emotions get the better of him when Schindler swept the ball home and the celebrations began.

‘I was nervous like hell,’ Klopp added. ‘And afterwards, Ulla [Sandrock, Klopp’s wife] sent him a video of me crying like a baby when it happened, the final penalty, as I could not stop.’

The game petered out into a goalless draw at Wembley, leaving the nerve-wracking tension of the penalty shootout after the sides could not be separated in extra time.

Klopp and Wagner first linked up in 1991 when the latter joined the former at Mainz following a move from Eintracht Frankfurt. 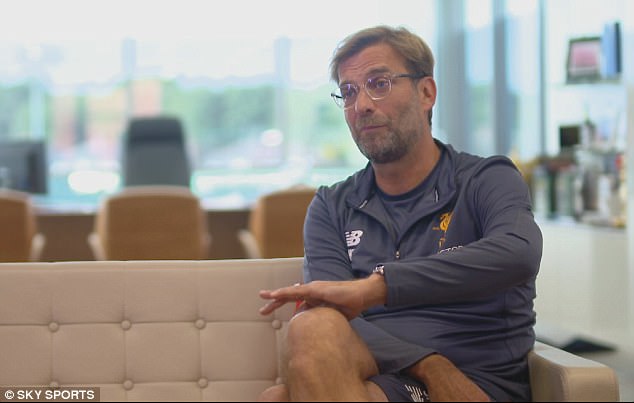 During the shootout, Klopp revealed he was ‘nervous like hell’ watching his old pal’s team 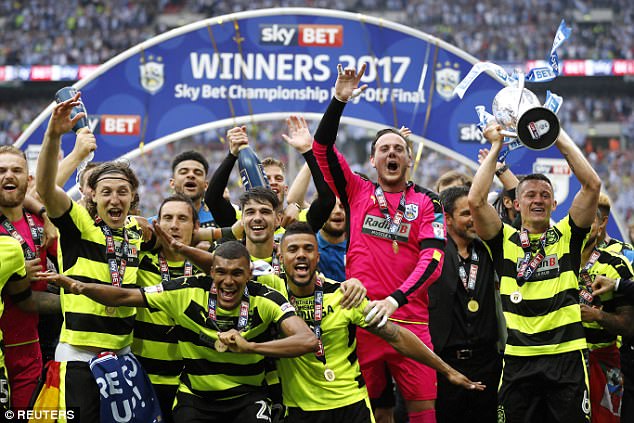 As the Terriers celebrated promotion, Klopp said he sent Wagner a video of him crying

The duo became inseparable during their four years playing together. Then following some years apart — while always remaining close friends — Klopp asked his former team-mate to be his best man in 2005.

‘We put Santa Claus masks on us and there were 25 Santa Clauses, because Jurgen was not able to go in the Christmas market as a normal person. But everybody recognised that here was a group to join Klopp to celebrate!’

Some six years later Wagner linked up with Klopp as the reserve-team coach at Dortmund. 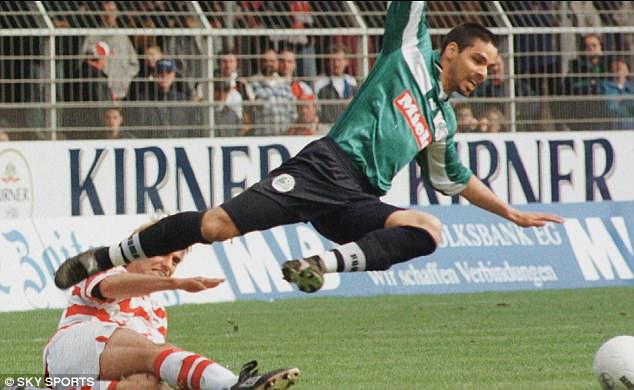 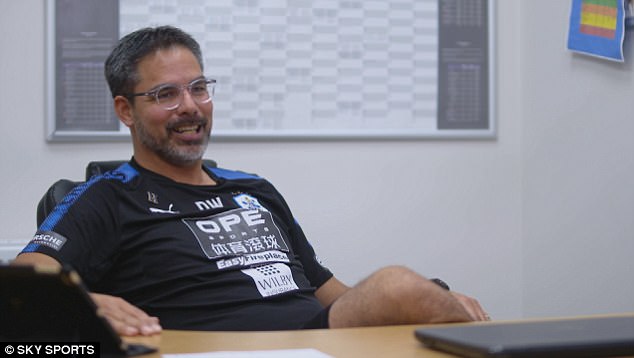 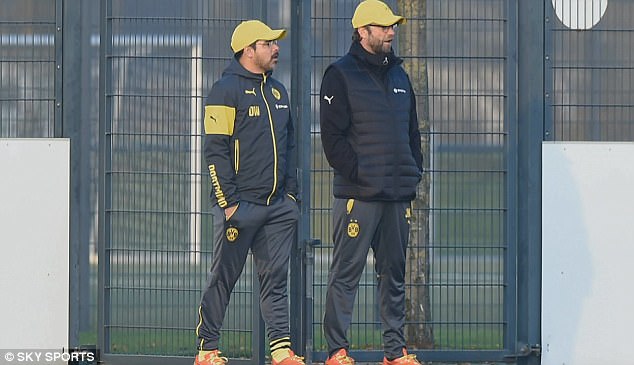 The pair joined at Dortmund, before Klopp left for Liverpool and then Wagner for Huddersfield

He has now taken his own path in management and has taken Huddersfield to the top tier of English football.

The sides have faced off twice: once at the John Smith’s Stadium for a friendly last year, and also a closed-door match at Liverpool’s Melwood training complex.

Klopp agreed, saying: ‘And on this day, we will do everything to beat Huddersfield, for sure. And after that, we will have a talk like it is always.’ 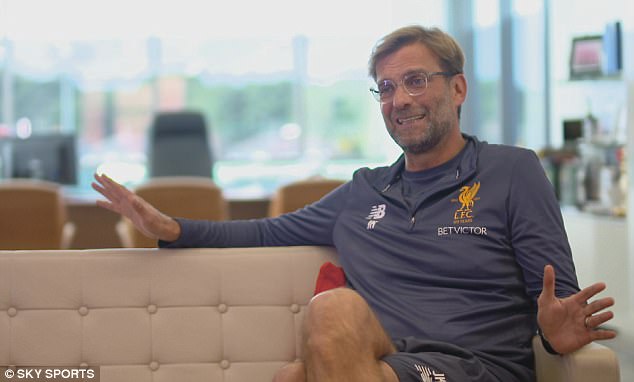