Rhian Brewster became a man during an agonising foot injury last summer, according to Jurgen Klopp.

The Liverpool striker has risen to prominence by netting consecutive hat-tricks to fire England into the Under 17 World Cup final in India.

Brewster has been around the Liverpool first team at Melwood for some time and Klopp wants the youngster to save his number to further embed himself into the senior set-up. 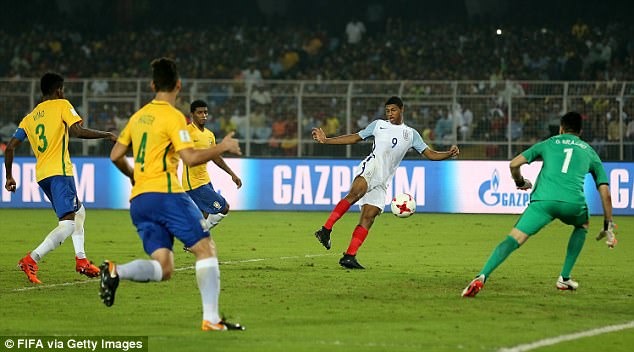 ‘We had Rhian around last season and he had a bad injury,’ Klopp said.

‘The funny thing is I didn’t see him for three months and when he came back he looked completely different, kind of a man. I think I already saw a bit of a beard.

‘We had a little chat after the last game and I told him to save the number. Maybe that’s the first step.

‘I don’t like to make things like this too big but it’s obvious that if you score two hat-tricks it’s difficult to keep it a secret.’ 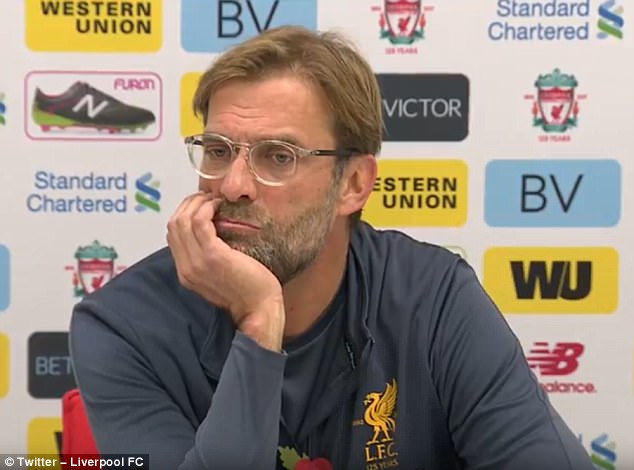 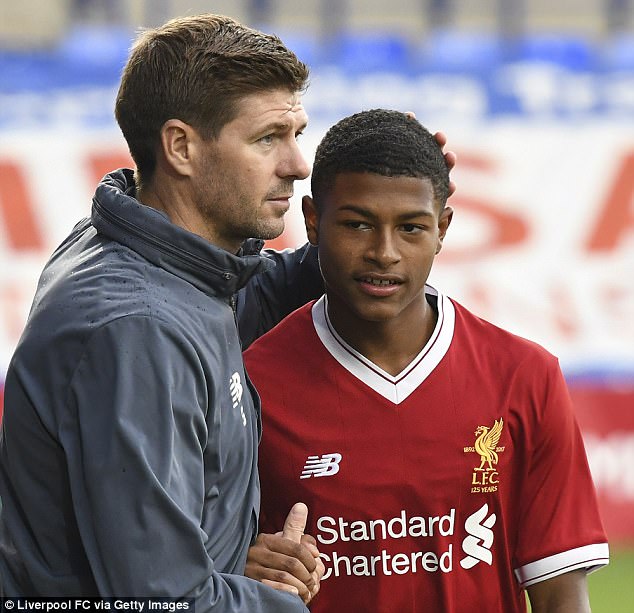 Klopp compared Brewster to Ben Woodburn, whose own international exploits for Wales have garnered attention.

The Liverpool boss believes the pair have similar mentalities.

He added: ‘It’s really fantastic to have him around. He’s very similar to Ben Woodburn as a person.

‘He never thinks about which team he plays for. He could still play Under 18 and now he’s Under 23s when he’s here.

‘He’s scored important goals and is ready to make these very difficult steps. 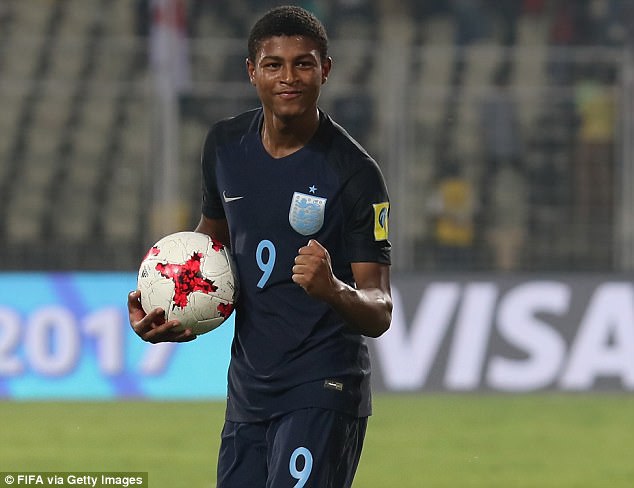