‘Horrified’: Liz Hurley’s neighbours are furious after the star tore down nearly two dozen trees on her countryside estate – leaving the area ‘looking like a battlefield’

Liz Hurley’s neighbours are furious after the star tore down nearly two dozen trees on her countryside estate – leaving the area ‘looking like a battlefield.’

They say views of the landscape have been affected by the cull in ancient woodland close to Elizabeth’s sprawling manor house Donnington Hall.

Residents were ‘horrified’ by the destruction after tree surgeons descended onto the Herefordshire land earlier this month, with some claiming animals’ habitats will have been disturbed.

But actress Liz, 56, who lives with her model son Damian, 19, and regularly posts bikini pictures from her estate, has insisted that she sought professional advice when lopping the trees and obtained a felling licence from the Forestry Commission.

One neighbour said: ‘The wood was full of ancient English oaks, and the undergrowth was full of wildlife including deer and badgers, and now many of the trees have been cut down and everything crushed to remove the logs.

‘The noise has been non-stop for a week, while she’s away on another holiday, and the remains of the wood now look like a battlefield.’

Another said: ‘Logs are piling up close to the footpath. We’d rather the woodland had just been left for wildlife. The view of daffodils here in spring is marvellous.’

Liz’s spokeswoman said that 21 trees were felled after she sought professional advice when one had fallen into neighbouring property.

The swimwear designer bought £6million Donnington Hall in 2012 and had lived there with cricketer boyfriend Shane Warne, 52.

But when they split up a year later, she and Damian became the sole occupants of the 13-bedroom manor on the Herefordshire/Gloucestershire border near Ledbury. 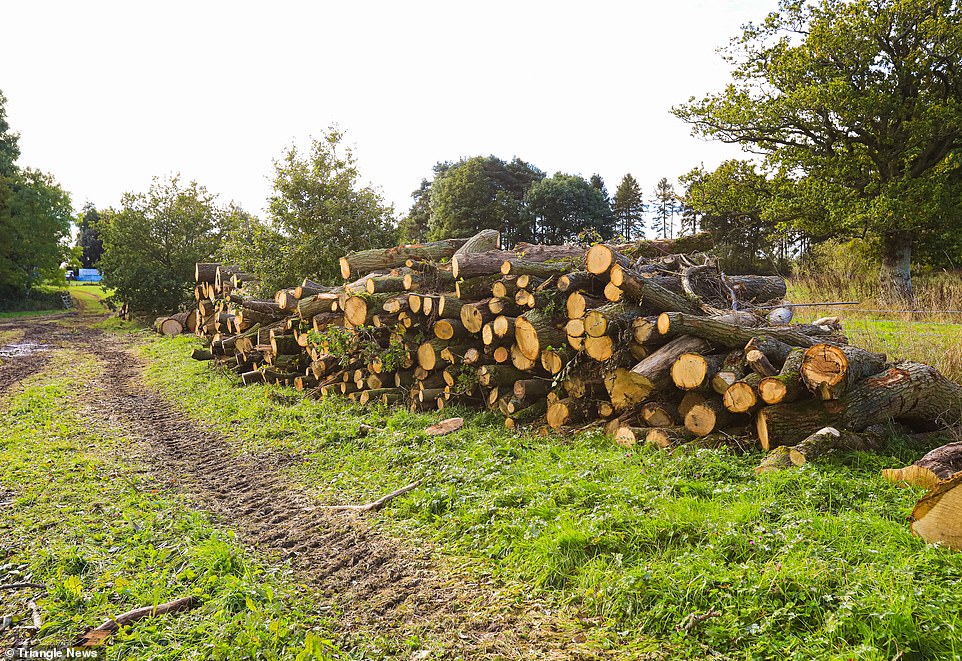 ‘Crushed’: Residents were ‘horrified’ by the destruction after tree surgeons descended onto the Herefordshire land, with some claiming animals’ habitats will have been disturbed 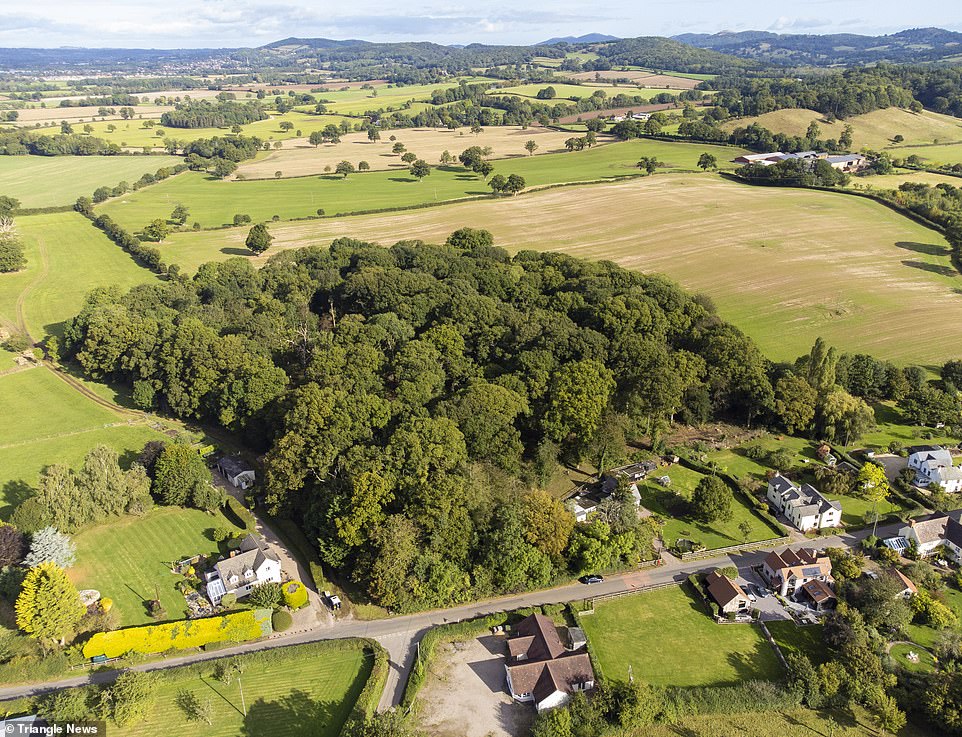 Grand: The swimwear designer bought £6million Donnington Hall in 2012 and had lived there with cricketer boyfriend Shane Warne but now she and son Damian are the sole occupants 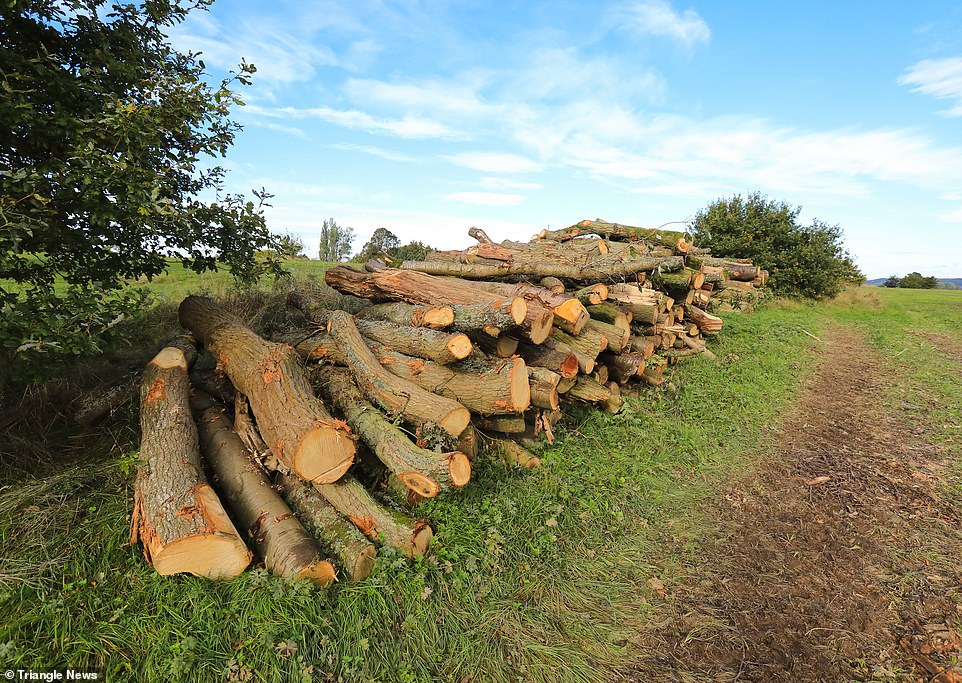 ‘Piling up’: One neighbour felt the pile of logs resembled a ‘battlefield’ after 21 trees were chopped down, disturbing the wildlife and obstructing the pathway 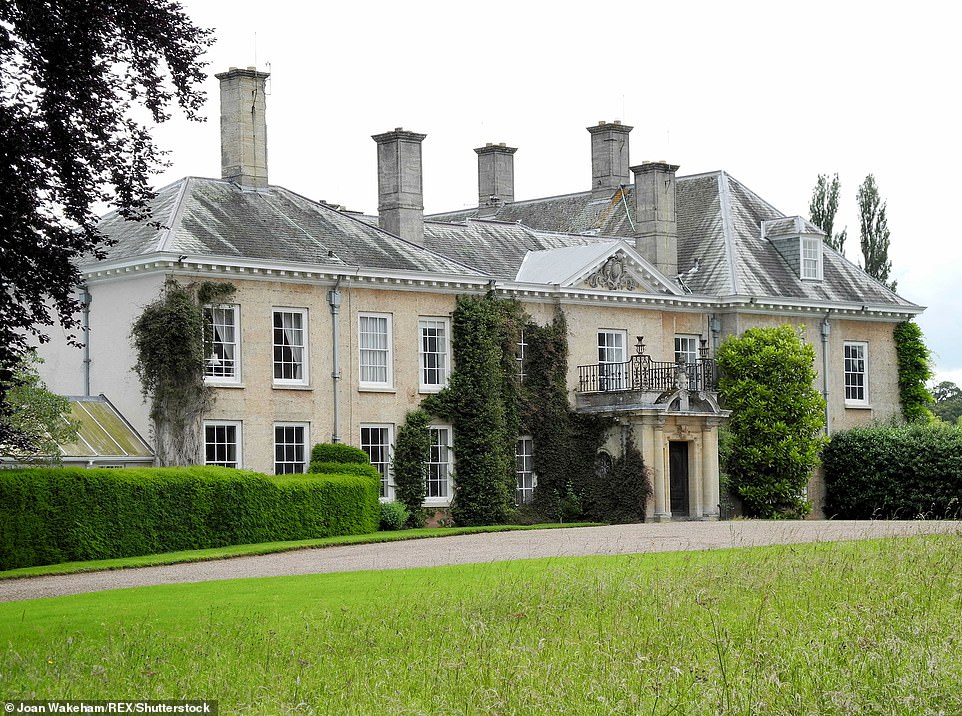 Epic: Liz and Damian live at the sprawling 13-bedroom mansion on the Gloucestershire/Herefordshire border, where the swimwear designer regularly poses for glamorous photos she posts on her social media

It is surrounded by woodland and farming land and has several public footpaths running close by, allowing the public to see some of the wildlife on the estate.

Liz has often spoken of her love for the countryside and takes many of her glamorous selfies in the grounds of her home. 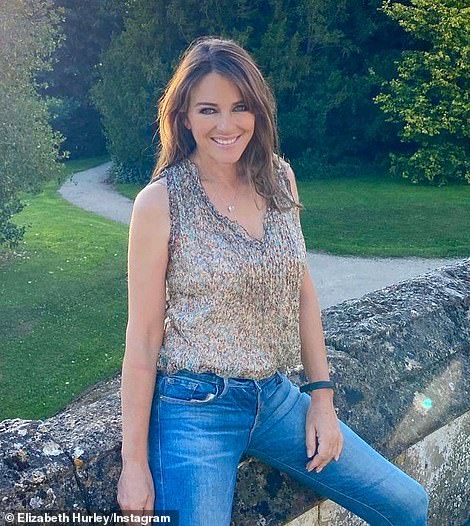 Permission: The actress, who lives with her son Damian, and regularly posts bikini pictures from her estate, has insisted that she sought professional advice when lopping the trees

A spokeswoman for Herefordshire Council told MailOnline: ‘The site does not appear to sit within a conservation area or have a Tree Preservation Order upon it and therefore would not require an application to carry out works.

‘If there is extensive tree removal the works may well require a Felling Licence which falls within the remit of the Forestry Commission.

A spokeswoman for Liz said: ‘Following a tree falling onto a neighbour’s property from the wood, we took specialist advice from a qualified, tree safety specialist.

‘After a thorough examination of the small parcel of mixed woodland, it was recommended that several trees alongside other neighbouring properties needed to be felled for safety reasons. Within the wood there were several dead oaks that should also be removed to prevent any spread of infection to healthy trees.

‘We therefore employed a specialist advisor to mark up the trees in question and to advise us how best to improve the wood and leave it in a better state for the next 100 years. He subsequently reported that we should remove a few extra trees where they were affecting growth of neighbouring trees and some ash that were affected by ash dieback disease. 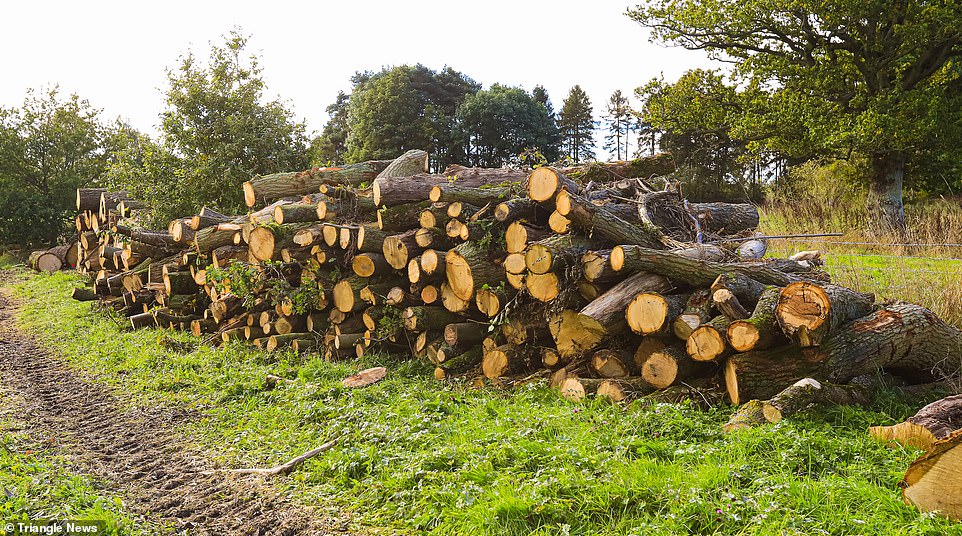 Shocking: One neighbour said the trees being cut down has crushed the wildlife and noise of the disturbance has been ‘non-stop’ for a week, while Elizabeth has been away on holiday

‘We applied and were granted a felling licence from the Forestry Commission after the application of a stringent management plan earlier this year and felling took place last week after nesting birds have left and before winter begins, as is normal in good woodland management. Neighbours immediately neighbouring the property were informed and one has opted to keep the resulting firewood. We received no objections.

‘We have removed circa 21 trees and the money received, circa £6,000, will be returned by replanting this winter and protecting the important and loved woodland for the future. There has been no bulldozing and minimum habitat damage.

‘We are happy that the operation has improved the health of the wood and we have secured the important habitat for the future.’