Queensland’s iconic Lizard Man was looking at starting his own branch of an outlaw bikie gang before inflicting the murder-suicide.

Bronson Ellery, 24, whose face and body was plastered with signature tattoos, murdered his ex-girlfriend Shelsea Schilling, 20, at his Gold Coast apartment on November 11 2016.

Ellery then took a lethal dose of drugs to end his own life where his body was found beside Ms Schilling’s. 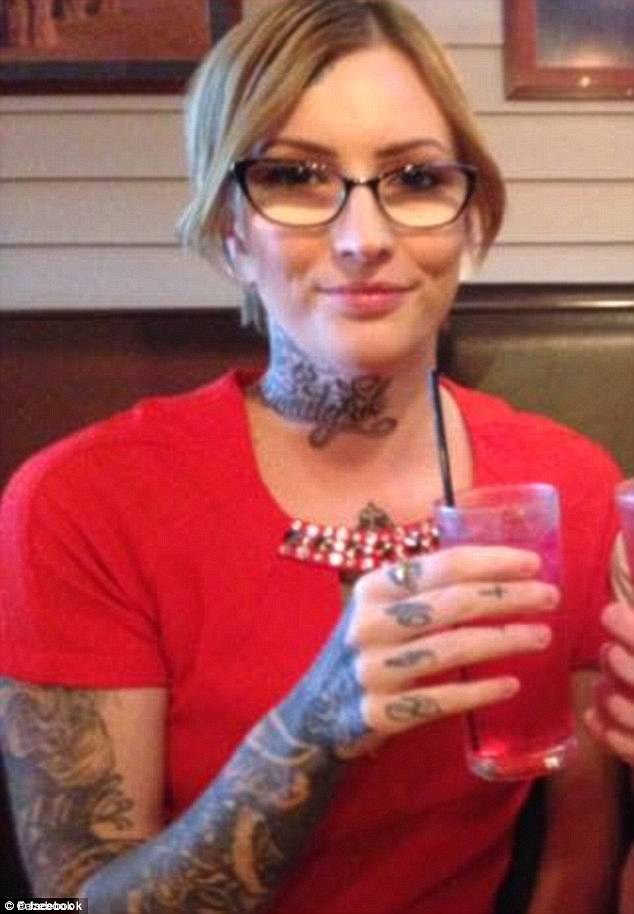 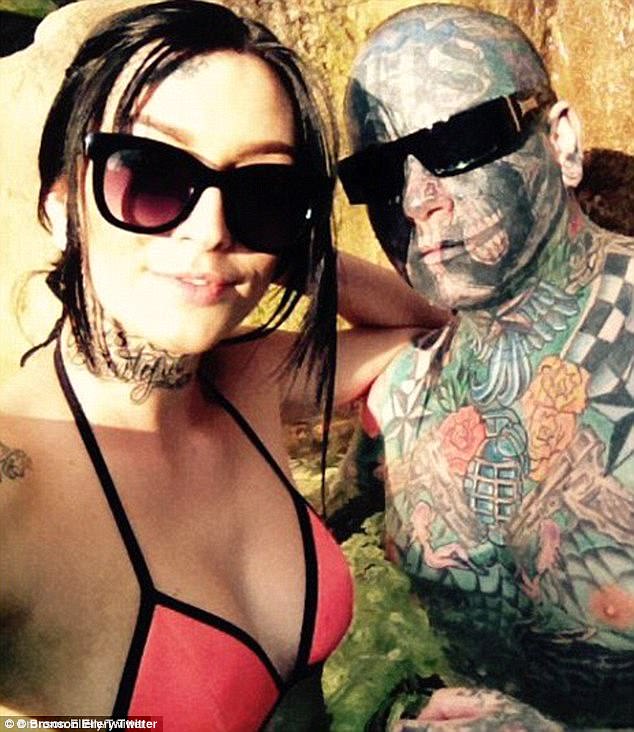 Initially with the Bandidos bikies, Ellery was wanting to start his own operation of the notorious Dutch-based Satudarah MC, according to the Gold Coast Bulletin.

‘He was with the Bandidos originally but the information was that he was looking to start up a chapter of Satudarah on the Gold Coast with other associates,’ a source told the publication.

Satudarah, meaning ‘one blood’, is considered more violent than Hells Angels and has been around since the late 1990s, starting in the Netherlands.

The Crime and Corruption Commission annual report highlighted the notorious bikie gang and one of the two most prominent new gangs in the state’s southeast.

On its website it lists having chapters in Sydney, Brisbane, Adelaide and northern New South Wales. 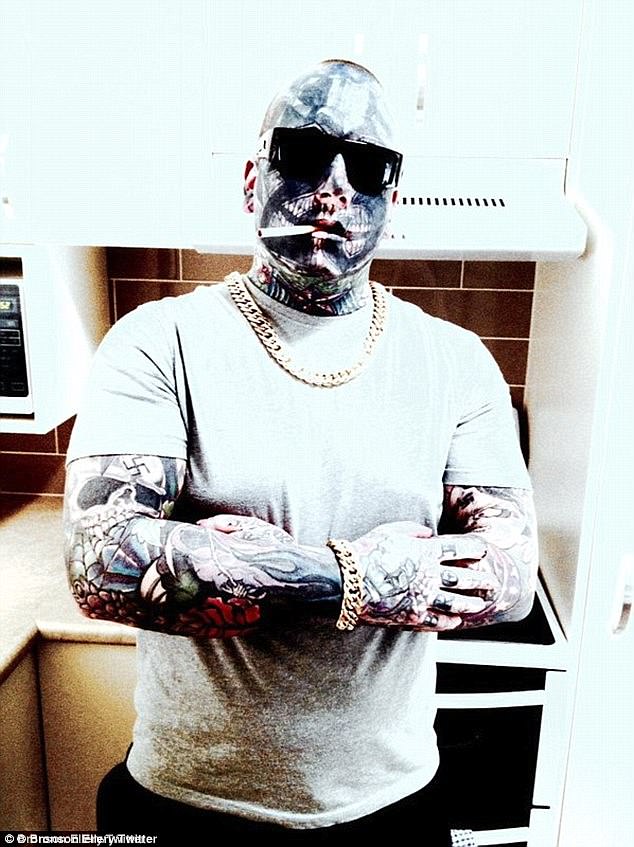 Initially a Bandidos bikie, Ellery wanted to start his own chapter of notorious Satudarah MC 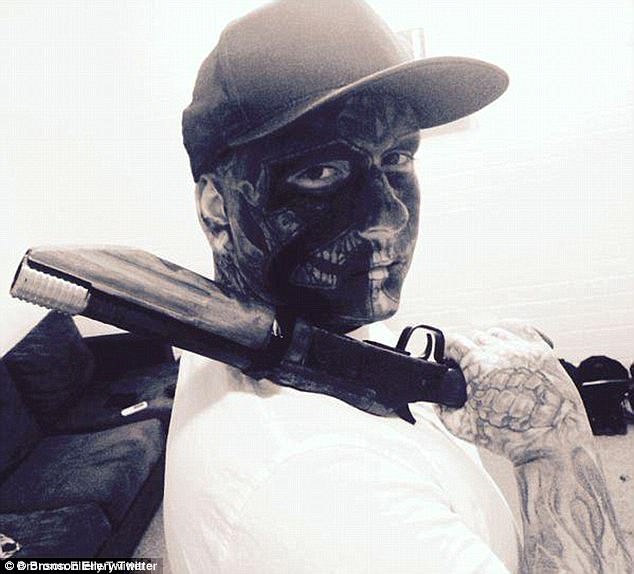 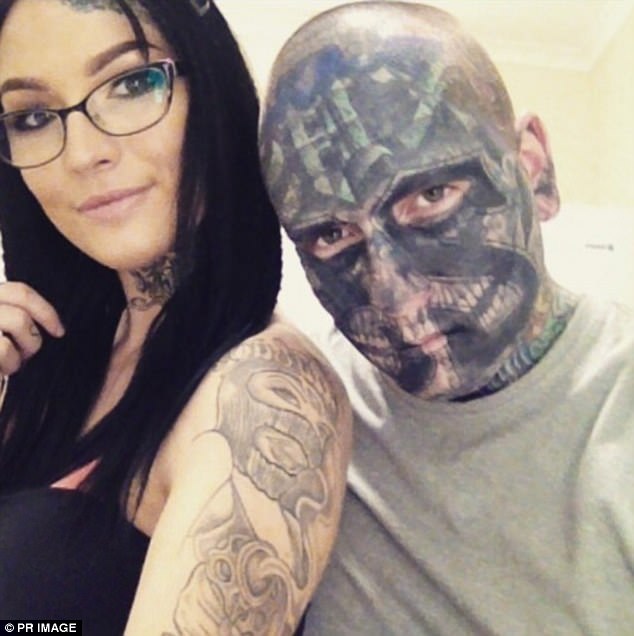 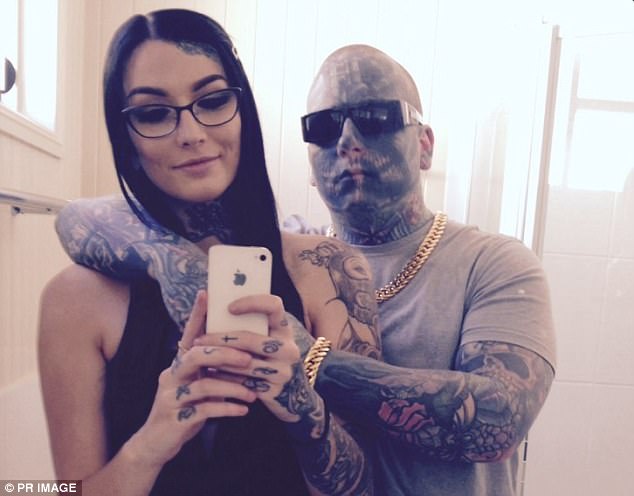 Five days before Ellery and Ms Schilling’s bodies were found, Lizard Man and another man allegedly stormed a property with a sawn-off rifle and machete, threatening two people.

Ellery allegedly threatened to ‘chop up’ or ‘put a bullet’ in the pair during the violent robbery, News Corp reported last year.

The 24-year-old spent time in and out of jail in recent years including for breaching a domestic violence order Ms Schilling took out against him.

There were reports Lizard Man, as he was known to police, had many enemies through his underworld associations. 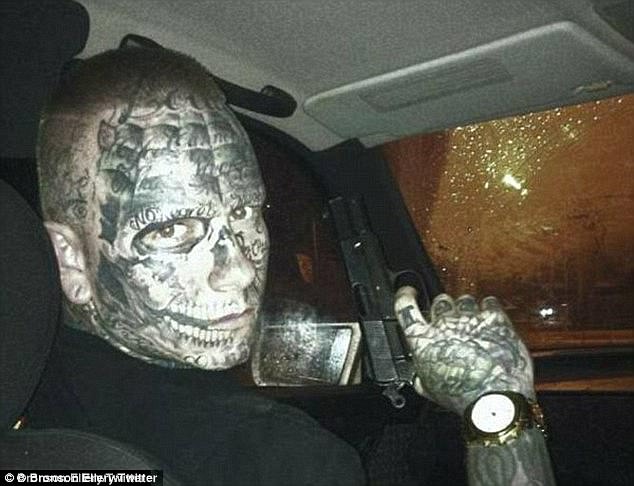 There were reports Lizard Man (pictured), as he was known to police because of his signature facial tattoos, had many enemies through his underworld associations