Tensions are rising in Sydney’s south after a group of young men were arrested over a violent brawl at Cronulla beach.

Locals took to social media on Saturday night to vent their frustrations and fears, noting large groups of men had been seen heading to the beach ‘swearing and carrying on’ earlier that day.

Many drew parallels to the circumstances that brought on the 2005 Cronulla race riots, with one woman noting: ‘If this keeps happening it will only result in another riot’.

‘It’s been a while since the Cronulla riots. Looks like things might be going back to the way they were,’ one man wrote. 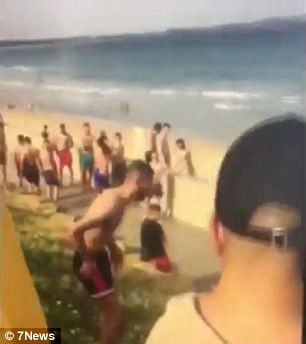 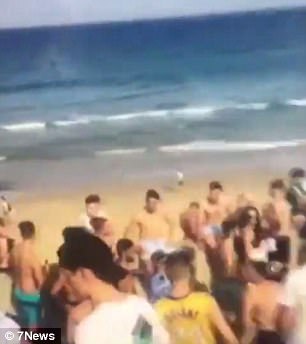 Locals were left fuming after the fight, believing it was a return to a time where there was much division between residents and people who came to the beach from other areas of Sydney 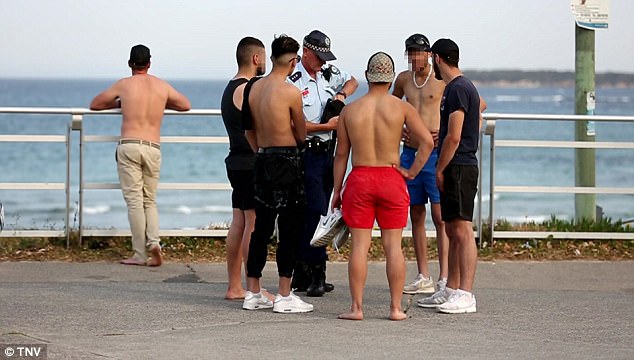 Police were called to North Cronulla Beach about 3pm on Saturday after a large brawl involving nearly 50 men broke out, reportedly over a girl.

Onlookers told Seven News at the time it was ‘alcohol-fueled violence’. Four men were arrested and the rest ushered back to the nearby train station.

Though Cronulla beach is an alcohol free zone, it is not uncommon to see groups of people setting up an esky among their towels.

As the only beach on a train line, the area is often inundated on hot days by those who have come from outside the Sutherland Shire to use the beach.

The accessibility of the beach proved a sore point with some locals on Saturday, with many claiming they had seen the men involved in the brawl, or other groups of young men get off the train and head to the beach. 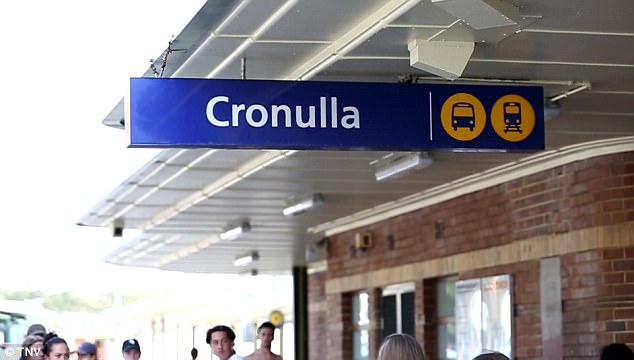 Locals claimed they had seen large groups of people arrive at Cronulla via train on Saturday, before the brawl broke out – and police ushered the groups back towards the trains as they sought to break up the fight (pictured: Cronulla train station)

One resident called for the station to be closed between 9am and 5pm in summer to stop people from visiting.

In summer 2005, tensions increased after two volunteer surf lifesavers were assaulted when they responded to complaints that young men of Middle Eastern appearance were insulting girls on the beach in the Sutherland Shire.

A week later, thousands rallied in Cronulla and people of Middle Eastern appearance were violently assaulted.

Heaving, violent crowds ran through the surf-side suburb unrestrained, resulting in some being glassed, bashed and stabbed. 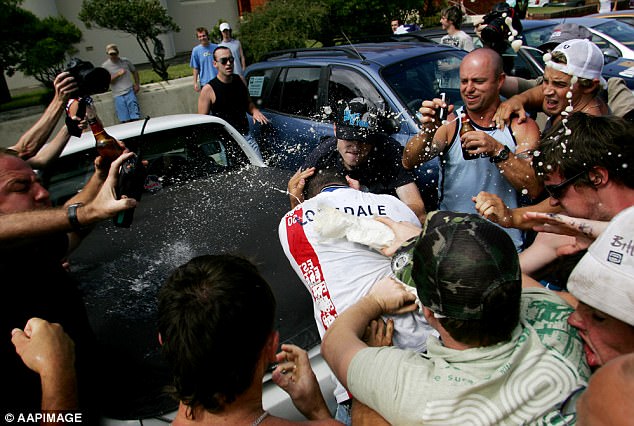 In December 2005, tensions between locals and groups who were visiting from other areas of Sydney reached breaking point, resulting in a violent riot

Many comments from local residents appeared directed at a specific crowd, who they claimed were coming to the beach via train and stirring up trouble 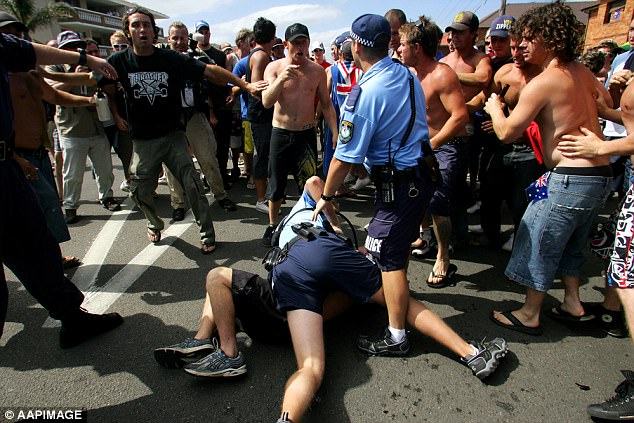 Just prior to the 2005 riots, many locals were bemoaning the inability of local police to keep crowds coming to the beach under control

Just prior to the riots, many locals were bemoaning the inability of local police to keep crowds coming to the beach under control.

On Saturday, one young man from the area noted the groups were again disturbing the peace.

‘So many blow ins being absolute f***wits with no respect AGAIN,’ he wrote.

‘Sort it out cops or it’s just going to play out the same way!’

A spokesperson for Miranda Police LAC told Daily Mail Australia police would be out in force at the beach again on Sunday, with officers patrolling the area ‘on hot days’ regardless.

NSW Police told Daily Mail Australia no charges have been laid over Saturday’s scuffle, but inquiries are continuing.

THE CRONULLA RIOTS OF DECEMBER 2005

An estimated 5000 people, many fuelled by alcohol, converge on Cronulla car park for the demonstration and it quickly escalated into a riot 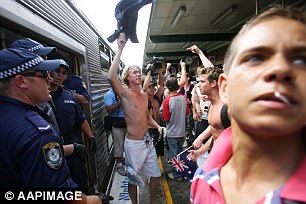 Sunday afternoon: Youths chased and bashed two men who tried to escape them by running into Cronulla train station

Up to 2000 men converge on Lakemba Mosque, some armed with pistols, after reports Bra Boys surf gang would retaliate to the violence of the previous night 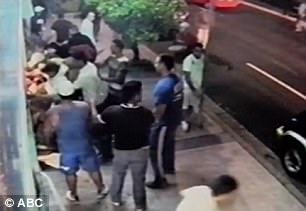 Monday night: An angry mob kick and punch a young man during the second night of rioting

About 200 of those who had arrived at the mosque then drive to locations in Cronulla, Brighton-le-Sands, Miranda, Rockdale and Maroubra and lay siege to cars, shops and homes. 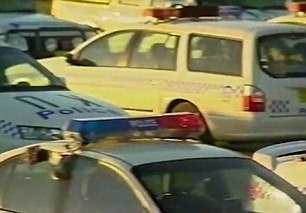 A local soccer field at Rockdale becomes a command centre with 200 cars and 450 police inside.