Schoolchildren can only cross a busy Melbourne road halfway with a supervisor as the crossing falls between two councils and one of them won’t pay.

The children get halfway across the road – but there is no lollipop man or lady to take them across the remaining four lanes of busy traffic. They have to go it alone.

The southern half of Punt Road, at the Union Street intersection, falls under Stonnington Council’s jurisdiction, and Stonnington has so far not paid for a crossing guard.

School children from the nearby Wesley College junior school must cross the busy highway each day, and parents say the road is dangerous.

Mother Mya Cubitt said there isn’t enough time on the walk signal to make it across the arterial road which carries more than 90,000 cars per day.

‘When we get to the other side of the road, we have to run because the green man’s too short,’ she told 7News.

Parents want road crossing supervisors, once called lollipop men or lollipop ladies, to help them across busy Punt Road, in the inner-city Melbourne suburb of Windsor

‘They have cars come at them every day and they’re scared.’

Ms Cubitt, a trauma doctor, said kids are nearly hit every day on the busy road.

Ms Voss said the cost was worth it, even though the site did not meet requirements for a school crossing supervisor subsidy.

‘We felt it was so important that our children are kept safe on this very busy Punt Road and we decided to fund it,’ she told 7News.

‘The safety and security of our students commuting to and from school is of the utmost importance,’ he said.

‘We are continuing productive discussions with both councils.’

Stonnington Council told Daily Mail Australia on Friday they were reviewing their decision on the problem intersection. 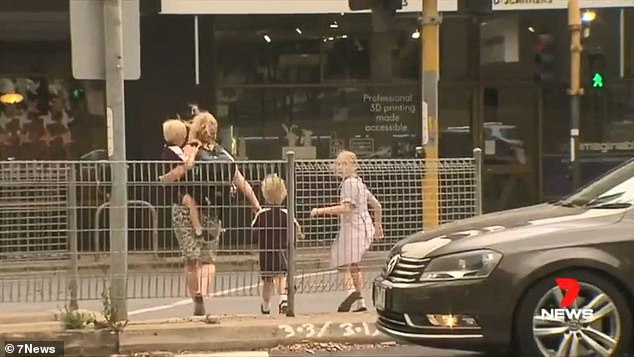 ‘We are happy to undertake a further review of the criteria by which we allocate supervisors, and ensure it is a fair process for all schools and communities who may believe they a similar need,’ said spokesman Jim Carden.

Mr Carden said the council had conducted several surveys at the crossing, and it had to deploy its resources fairly for all schools that need it, particularly crossings used by unaccompanied students.

‘The most recent survey showed 13 children crossing the road before school and 12 after school,’ Mr Carden said via email.

‘All primary-school-aged children observed were accompanied by an adult.’

‘These numbers may move a little over time, but at this stage they do not justify a crossing supervisor.’ 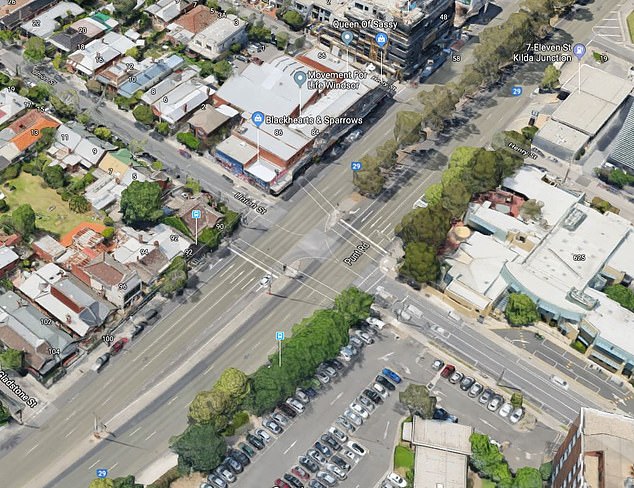 The intersection at Punt Rd and Union St