Lolly-waving workman berates woman for leaving pet in her car

A furious foul-mouthed row broke out yesterday over a dog trapped in a car on the hottest July day on record.

Darren Marsh filmed two women as they returned to their vehicle and immediately accused them of leaving the pet to suffer oven-like temperatures.

Darren, who owns a plastering business, claims the driver is a ‘piece of s***’ for leaving the dog.

The row gets more heated and culminates with a passenger in Darren’s vehicle calling one of the women a ‘fat c***’.

Darren Marsh had an argument with a woman who left her dog in her car, pointedly gesticulating with his ice lolly

Throughout, the women, who were filmed in Portsmouth, Hampshire, insist they left the dog for seven minutes and kept a window open.

The clip opens as the women return to their vehicle, which is baking in 32C heat.

Darren, sitting in his vehicle and gesticulating with an ice lolly, opens with: ”Scuse me love. That s***’s not on really is it? Leaving your dog.’

The driver of the car replies: ‘What leaving my dog for seven minutes?’

Darren then exclaims: ‘It’s like an oven in there, would you like it if I left you in a car for seven minutes?’

The woman looks incredulous before insisting that she had left the window open, though Darren alleges she had not.

As the woman gets into her car she asks: ‘What do you expect me to do?’ Darren replies: ‘Not leave your car in the summer love. What do you mean looking at me like I’m a piece of s*** – you’re a piece of s*** love for leaving that poor dog.’ 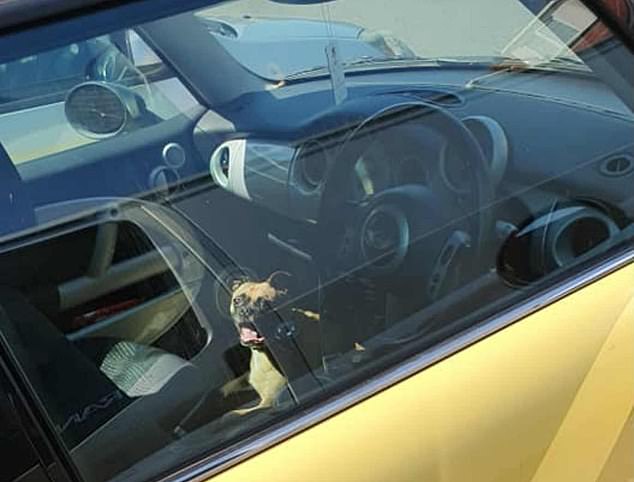 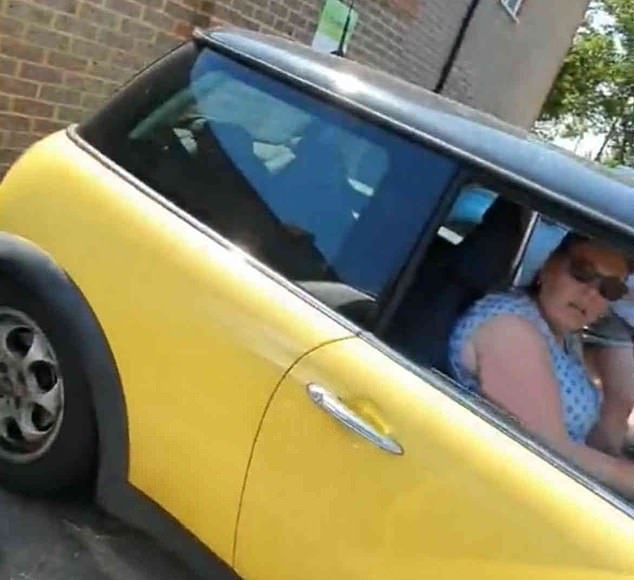 The argument between Darren and his passenger, and the two women, became more offensive as the women prepared to depart 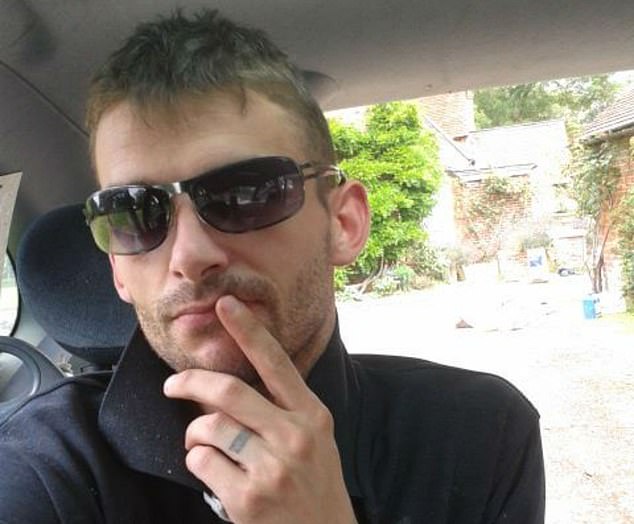 Plasterer Darran Marsh, pictured, opened with ”Scuse me love. That s***’s not on really is it? Leaving your dog’ but the discussion did not remain that civil

The female passenger retorts: ‘What leaving it in the hot oven with the f****** window open?’

The two women continue to insist they had left the window open as Darren continues to berate them saying, ‘You’re cruel to animals you are […] I wouldn’t even treat my worst enemies like that.’

As the women prepare to drive away in the yellow mini Darren asks: ‘Do you have children? No? Lucky them, lucky them.’

Another voice in Darren’s car can be heard shouting: ‘Look at the size of you, you fat c***’ as they drive away.’

Yesterday police smashed a car window open in a Plymouth city centre car park to free a dog trapped in the scorching heat.

Left yelping on his own during the hottest hours of the day between 2pm and 4pm, locals were appalled the pet had been left locked inside the vehicle.

The dog bounded out as soon as he was freed, relieved to be in the cooler air, while his owners were less pleased as they returned to find their windows smashed. 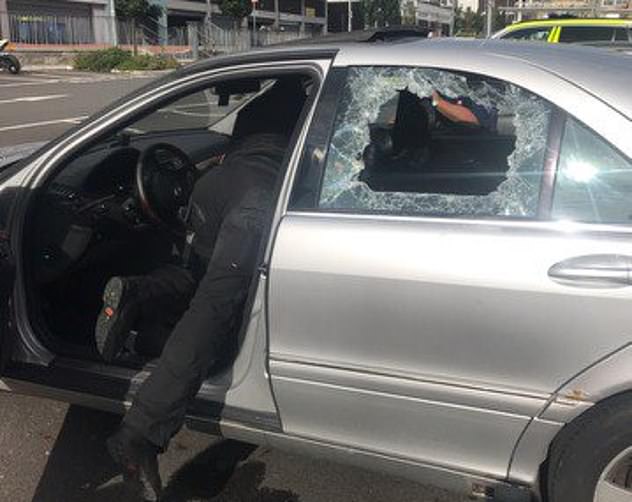 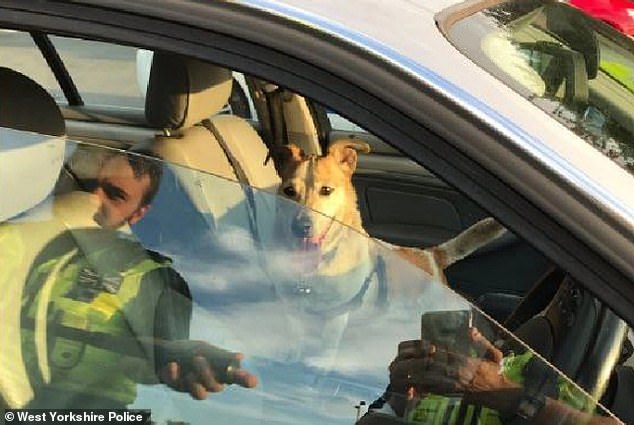 And at a Sainsbury’s in Leeds and a Tesco in Cambridgeshire, shoppers were also left horrified by the sight of canines stuck in two sweltering vehicles yesterday.

An announcement was made over the tannoy at Sainsbury’s in Colton Retail Park after police spotted a dog trapped inside with the window only slightly ajar.

Sgt Micklethwaite on Twitter: ‘In the space of less than 10 minutes the dog was starting to pant / overheat. Just don’t do it.’

Meanwhile in Wisbech, Cambridgeshire, a border terrier was spotted by 19-year-old Rebecca Cox at a Tesco car park in Cromwell Road yesterday evening.

The teen rang the police, but when she was on the phone the owner dashed back and drove off.

She claimed the dog was ‘panting and lying down’ while it was trapped inside and was gravely concerned for its safety.

While it is not illegal to leave an animal unattended, if the heat of the car causes it to die or become unwell, owners could be prosecuted for animal cruelty.

What should you do if you see a dog locked in a car on a hot day?

The RSPCA recommends not being afraid of dialing 999 when seeing a dog in a car on a hot day and offers the following advice on what to do:

A car can become as hot as an oven very quickly, even when it doesn’t feel that warm. When it’s 22 degrees, in a car it can reach an unbearable 47 degrees within the hour.

What to do if you see a dog in a car on a warm day:

In an emergency, we may not be able to attend quickly enough, and with no powers of entry, we’d need police assistance at such an incident.

Don’t be afraid to dial 999, the police will inform us if animal welfare assistance is required.

Help a dog in a hot car:

Once removed, if the dog is displaying signs of heatstroke, follow our emergency first aid advice. This could mean the difference between life and death for the dog.

If the dog isn’t displaying symptoms of heatstroke: