A wealthy antiques dealer who throttled his seven-year-old daughter with a dressing gown cord has pleaded guilty to murder on the day his wife was due to give evidence against him.

He had admitted manslaughter but denied murder, saying he was depressed and hearing voices at the time.

His wife Krittiya Promsat was at the Old Bailey today and due to give evidence against him today – but Peters dramatically changed his plea before she took the stand.

Peters had claimed he was worried about his finances in the days leading up to the attack.

However, the court was told that investigators found that he had money in the bank and was not in debt nor on the verge of being made bankrupt.

The court also heard Peters had also embarked on an affair with another woman for two and a half years before ending that relationship. 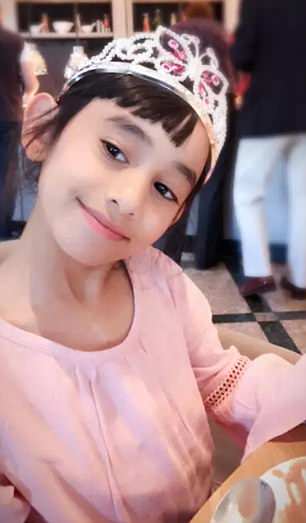 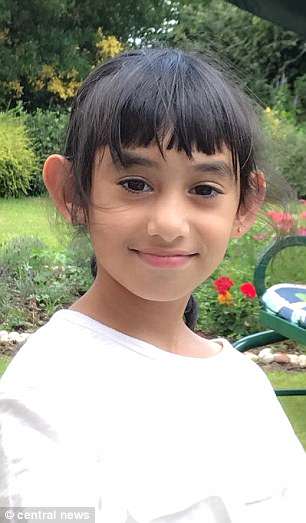 Peters waited until his Thai-born wife had left the family’s home before launching his breakfast time attack on the little girl on November 3, last year.

He went to wake Sophia up in her bed and then strangled her for up to half an hour, she woke and pleaded: ‘What are you doing?,’ he later told police.

After the killing, Peters called 999 and told police to come to his home as he told the operator: ‘There’s been a murder.’

After explaining a child had been killed he was asked who had committed the crime and calmly replied: ‘I have.’ 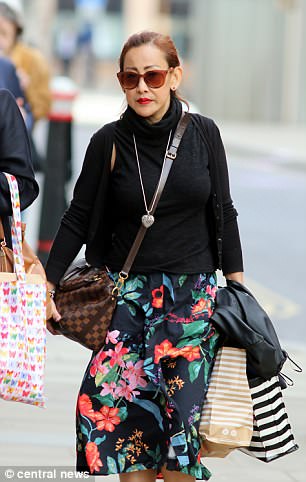 When officers arrived at his home minutes later he simply said: ‘She’s upstairs. I’ve strangled her. My daughter, she’s upstairs in her bedroom.’

The child was found lying in a foetal position on a single bed wearing a nightie.

She had a weak pulse and was rushed to the nearby St George’s Hospital in Tooting, South-West London, and treated in intensive care.

She died the following day and a post mortem found she had suffered fatal brain damage.

The court heard that after his arrest, Peters claimed he had suffered a ‘breakdown’ and said he had tried to commit suicide twice last year. He denied being ‘an aggressive person.’

The troubled antique dealer also said he had been thinking of killing his wife and family for several weeks so they could be ‘spared the pain and upset when he became bankrupt.’

At one time Peters ran his oriental antiques business in Kensington, West London, and told investigators he expected to go bust in a couple of months and they would lose everything.

Peters added that the family had previously been visited by a child protection team and he feared Sophia would be taken into care.

He also told officers it had been his last opportunity to kill his daughter as she was due to go back to boarding school after the half-term break. 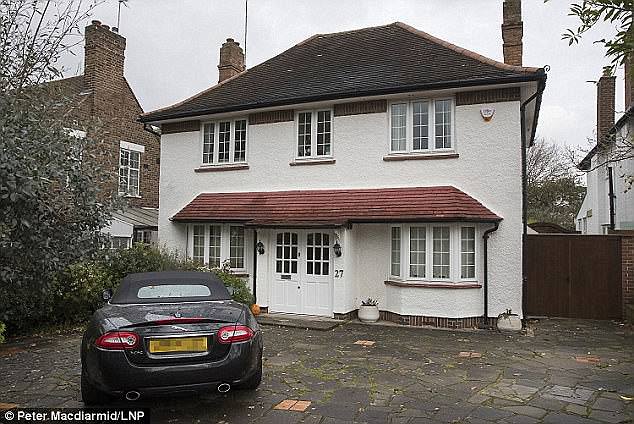 The murder unfolded at the family’s home in Wimbledon, south-west London last year

Speaking after his guilty plea today, Detective Inspector Helen Rance from Scotland Yard’s Homicide Command said: ‘Sophia was an innocent seven-year-old girl, much loved by her mother, brother and friends.

‘She was tragically murdered by the hands of her own father in the most frightening way. Sophia had her whole life ahead of her, which was taken away so cruelly in an act of pure selfishness.

‘Robert Peters has shown no remorse for the murder, and initially maintained a defence of diminished responsibility. However, due to the strong evidence against him, he has changed his plea to guilty.

‘This was a particularly traumatic case to deal with for all concerned, and I hope that this conviction brings a degree of closure to Sophia’s family.’

It can now be revealed Peters strangled his second wife, Francine Peters, when they were married between 1994 and 2009.

The throttling was said to have happened roughly 20 years ago, and no report was ever made to police or medical staff.

She only brought it up in her police interview on 24 November while investigating the killing of Sophia. Mr Justice Andrew Edis said: ‘In her witness statement she describes a number of episodes of violence directed against her by her then husband.

‘In particular there was one episode so she says when he grabbed her round the neck and strangled her.’

The judge said that the central issue the jury must decide is what state of mind Peters was in when he strangled his daughter, which he admits doing.

But as Peters admitted the murder charge the allegation of physical and mental abuse can be revealed.

Peters’ defence barrister James Sturman QC said the allegation dated back around 20 years, and there was no report made to police or medical staff.

He said the their divorce was ‘extremely unamicable’.

When Ms Peters made the statement on 24 November she said that she had forgotten about the incident and seemed to have ‘blocked it’ from her memory.

He headbutted her and slapped her mouth, according to her statement.